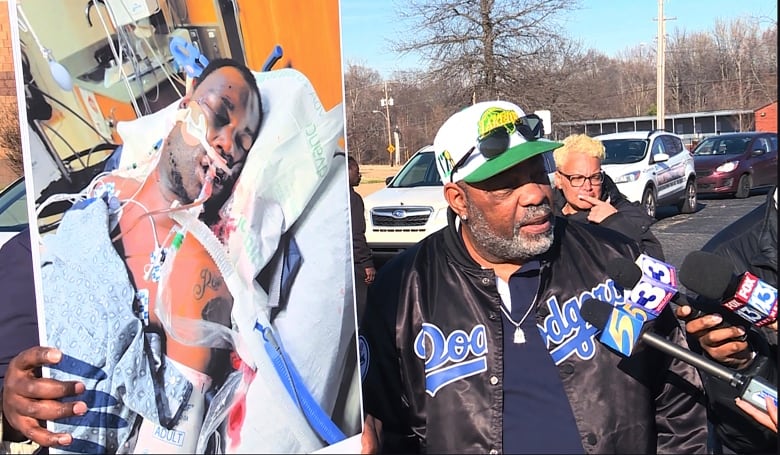 A lawyer for the family of a black man who died three days after a run-in with police during a traffic stop at a hospital said Monday that video of the encounter shows it was “violent” and “awkward on every level.”

Crump, who viewed the footage hours earlier with Nichols’ family and their other attorneys, said it reminded them of the infamous video of the Los Angeles Police Department’s beating of Rodney King.

“Unfortunately it reminded us of the Rodney King video,” he said. “And unlike Rodney King, Tire didn’t survive.”

Another lawyer for the family, Antonio Romanucci, said the beating of Nichols lasted three minutes.

“He was a human piñata to those cops,” Romanucci said.

Crump said authorities will not release the video to the public for a week or two, but it will be released.

Shelby County District Attorney Steve Mulroy released a statement on Monday saying investigators are yet to release the video to the public because they don’t want to compromise the investigation.

Death was the result of beating, the family says

Nichols was arrested after officers detained him for reckless driving, police said.

In a press release the day after his arrest, police said that as officers approached the vehicle, “a confrontation occurred” and Nichols ran away.

According to the release, officers caught up with him and “another confrontation occurred” as they took him into custody. Police said Nichols complained of shortness of breath and was hospitalized.

Relatives have said that the officers who pulled Nichols over were in an unmarked vehicle and that he went into cardiac arrest and kidney failure as a result of the officers beating him.

Authorities have only said that Nichols had a medical emergency. Officials said a cause of death has not been determined.

Memphis Police Department Director Cerelyn “CJ” Davis announced Friday that five officers involved in the arrest have been fired after the police investigation found they used excessive force or failed to intervene and provide assistance.

Nichols’ family, protesters and activists have called for the release of the video and for the murder agents to be charged.

The officers have been identified as Tadarrius Bean, Demetrius Haley, Emmitt Martin III, Desmond Mills, Jr. and Justin Smith. All five are black.

The US Department of Justice has opened a civil rights investigation into the arrest and the Tennessee Bureau of Investigation is investigating whether police used excessive force.

City and community leaders have expressed concern over the possibility of civil unrest following the video’s release.

State Representative Antonio Parkinson, a Democrat from Memphis, said Sunday that the predominantly black city has been tense since the arrest, which he called “horrific and senseless.”

“Releasing the tape can certainly exacerbate the feelings of hurt, sadness and embarrassment we all feel,” Parkinson said. “However, the need for transparency is vital in all cases of police deaths.”

Van Turner, president of the NAACP’s Memphis chapter, also acknowledged that Memphis appears tense as it waits for the video to be released. But he praised the city and police for taking “quick action” in firing the officers.

“We will continue to monitor and support a fair and equitable resolution to this issue,” Turner said. “We join the call for peaceful protests as we all work to ensure that appropriate measures are taken to prevent incidents like this from happening in the future.”

In a landmark legal ruling, Quebec’s highest court banned arbitrary police traffic stops in response to a legal challenge filed by a black man who said he had been arbitrarily stopped by police at least 10 times in 18 months. Experts say it could pave the way for similar challenges across Canada.