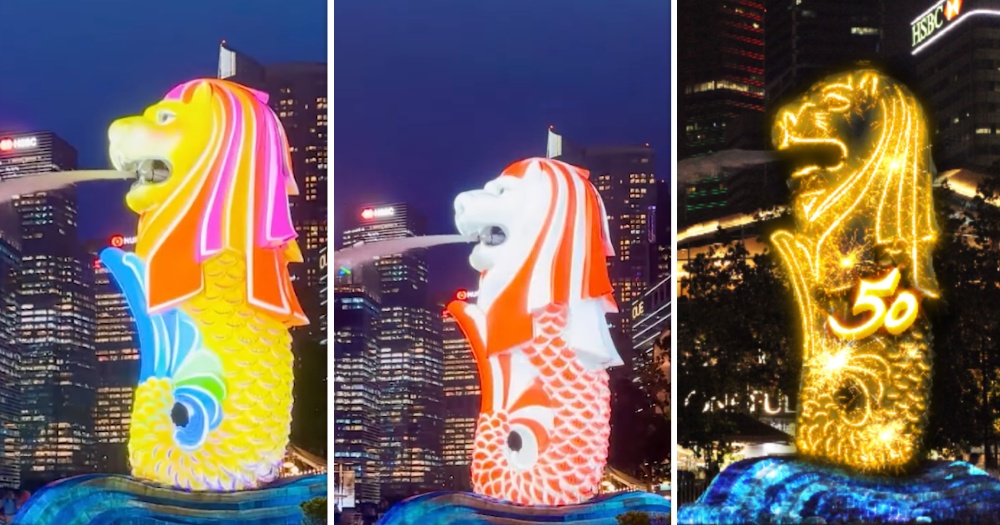 The Singapore Tourism Board is celebrating the Merlion’s 50th anniversary by giving it light-based decorations.

Famous for its water spout, it has become a celebrated tourist attraction and icon of Singapore’s tourism industry.

To mark the 50th anniversary, the Singapore Tourism Board will illuminate the statue from September 15 to 28.

However, it will also be lit up during the Singapore F1 Grand Prix Weekend, from September 30 to October 1.

STB also hosts numerous anniversary events such as Merlion-inspired drinks at the Marina Bay Sands, a Merlion-inspired lighting fixture at the Fullerton Hotel, as well as exclusive merchandise such as tote bags and stamps.

The Merlion was created in 1964 as a corporate logo for the then Singapore Tourist Promotion Board. The current 70-ton Merlion statue was unveiled on September 15, 1972, by the then Prime Minister Lee Kuan Yew at the mouth of the Singapore River, but was moved to its current location in Merlion park in 1997.

ALSO READ  Naomi Neo tricked son, 4, into thinking she'd leave him in S'pore while family went on a trip

Top image via Singapore Tourism Board