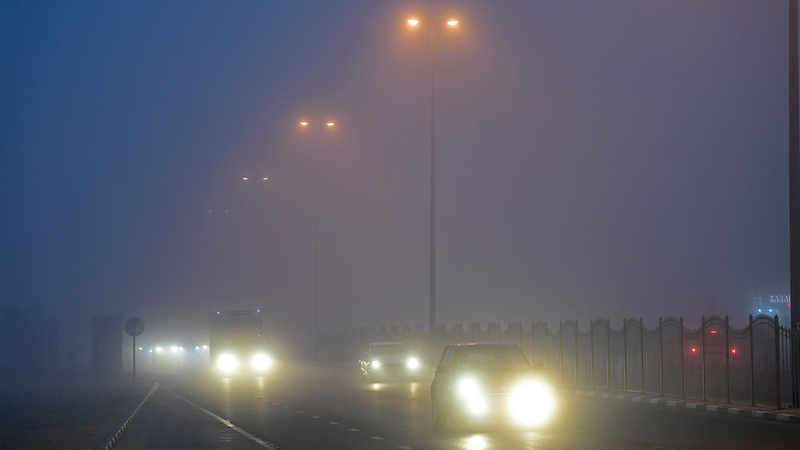 The center stated that the weather tomorrow will remain generally clear, and low clouds will appear on the eastern coast in the morning, with the continuation of the chance of the formation of some convective rainy clouds in the east in the afternoon, and it will become humid at night until next Tuesday morning on some coastal and inland areas, with a chance of the formation of fog or light fog. , while the winds will be southeasterly to northeasterly and northwesterly, light to moderate in speed, and active at times, causing dust during the day. The sea will remain light in waves in the Arabian Gulf and in the Sea of ​​Oman.

ALSO READ  A dispute between two brothers over a loan of 400,000 dirhams

The center noted that the weather next Tuesday will be clear in general, and partly cloudy at times, becoming humid at night until next Wednesday morning, while low clouds will appear on the eastern coast in the morning, with a chance of the formation of some rainy cumulus clouds to the east in the afternoon, over some interior and coastal areas. With the possibility of fog and mist formation.

With regard to the weather next Wednesday, the center expected it to remain clear in general, and partly cloudy at times, becoming humid at night until next Thursday morning, and low clouds will appear on the eastern coast in the morning, with a chance of the formation of some cumulus rainy clouds to the east and south over some coastal areas.

The center pointed out that the current period is witnessing a gradual decrease in temperatures, especially during the night, as a result of the weakening and gradual decline in the influence of the seasonal India depression, with the country continuing to be affected by the extension of thermal depressions from the center of the Arabian Peninsula, accompanied by relatively active winds that raise dust, which may lead to a decrease in the range Horizontal vision sometimes, expecting that the opportunity will remain for the formation of cumulus clouds accompanied by rainfall, especially over the eastern region during the coming period, and its impact may extend to some interior regions of the country.

ABOUT US
The Bharat Express News is your daily dose of Latest News, Entertainment, Music, Fashion, Lifestyle, World, Cricket, Sports, Politics, Tech, Business News Website. We provide you with the Latest Breaking News Straight from the India & all around the World on different categories.
Contact us: thebharatexpressnews[email protected]
FOLLOW US
© The Bharat Express News All Right Reserved
Go to mobile version