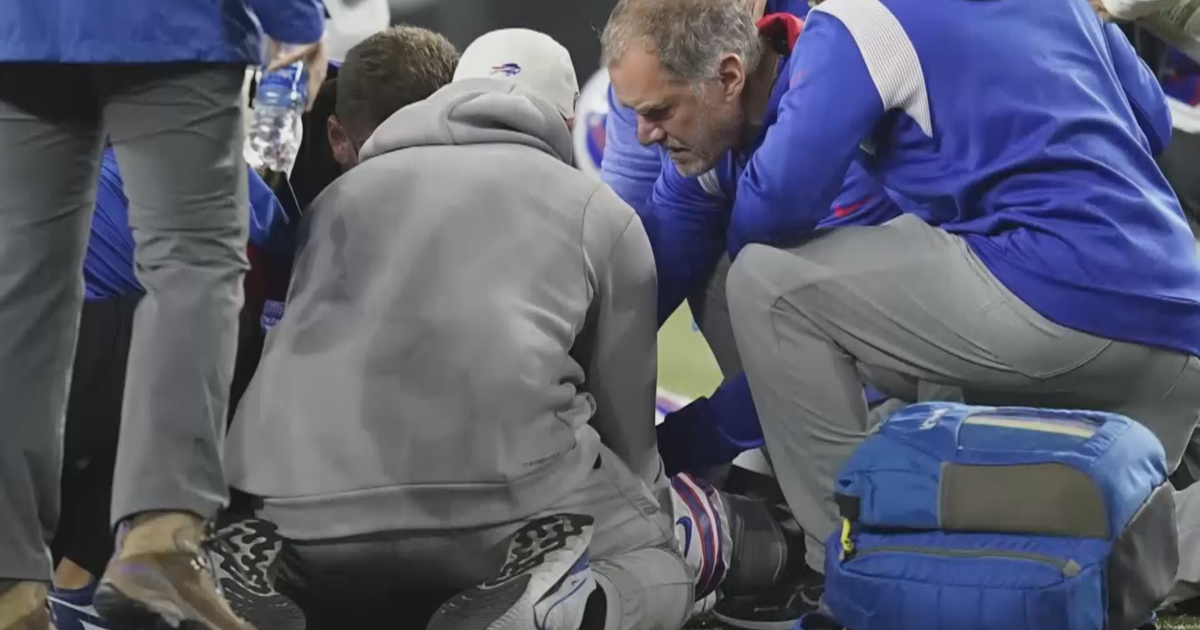 Marshall recently had a conversation with his two sons about the terrifying incident Monday night when Buffalo Bill’s safety Hamlin went into cardiac arrest on the field.

“We talked about not overreacting, we talked about how they felt emotionally, almost like a mourning period because everyone has been in that situation,” Marshall said.

Marshall has been in a similar situation as a former running back at Northwestern University. He is currently a high school football coach at Southfield A&T High School and a youth football coach with the Southfield Falcons. He is also a father to high school top contender Isiah Marshall and soon-to-be youth standout Christian Marshall.

Aside from the conversation he had with his kids about Hamlin, Marshall said it’s time to have a conversation about how to be better prepared for on-field medical emergencies at all levels.

“It should be mandatory to have an EMS at every match because it’s the difference between life and death. We’re not saying it will happen again, it doesn’t happen often, but when it does we are prepared. ,” he said.

Currently, the only requirement the Michigan High School Athletic Association has is that coaches be CPR certified.

At the moment it is not mandatory to have an ambulance or a defibrillator present at the location of a sporting event. Medics used a defibrillator to resuscitate Hamlin after cardiac arrest.

“I think what’s reassuring to me is that we have a full-time athletic trainer here at U of D Jesuit, every drill and every game and every coach is certified in CPR and AED,” said Matt Lewis.

AED certified refers to being able to operate a defibrillator. University of Detroit head football coach Matt Lewis said the school decided years ago to train certain personnel in these areas.

“So if something like that were to happen, as unlikely as it may be, we have several people who are certified and trained to respond to that situation to hopefully enable the most positive outcome possible,” Lewis said.

Marshall said child safety should be a top priority, but also said there is much more to learn about Hamlin’s cardiac arrest.

“It’s still a lot of information to sort through and until we get all the facts I don’t like to speculate, I’d like to know what’s going on, what caused it,” he said.