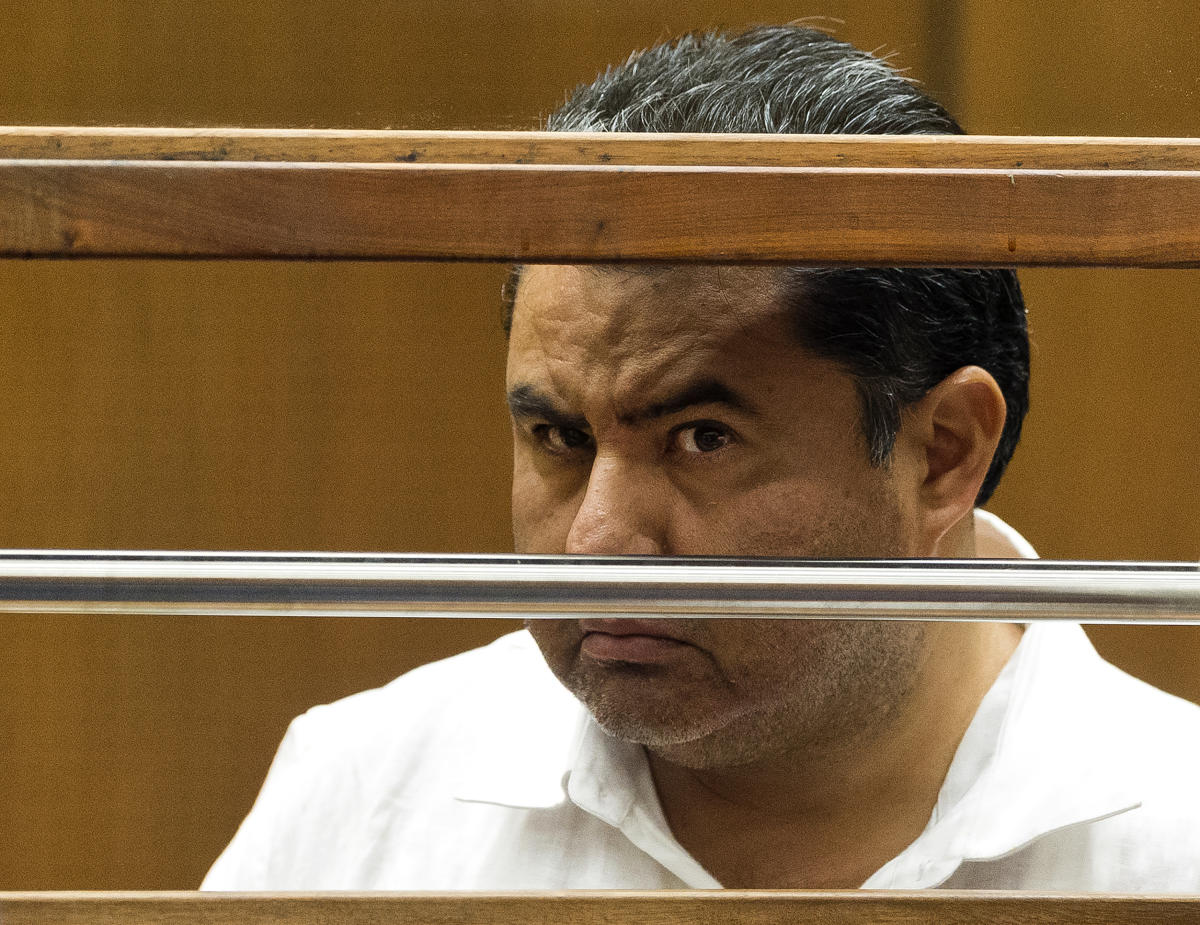 GUADALAJARA, Mexico (TBEN) — Their spiritual leader is behind bars in California after pleading guilty to sexually abusing minors. Yet legions of Naasón Joaquín García’s followers in his home base in Mexico remain fervently loyal to him, viewing his imprisonment as a challenge that will strengthen rather than weaken their church, La Luz del Mundo (The Light of the World).

His continued hold on his flock was evident at the main temple of the Christian church in Guadalajara recently, as thousands gathered to pray for their absent leader at their Lord’s Supper, the most sacred feast for La Luz del Mundo. To his surprise, Joaquín García spoke to the congregation by phone from his Los Angeles prison, where he is serving a 16-year sentence.

“I don’t see the bars that separate me from you,” he told his followers. “I see your beautiful faces … because you are the children of God.”

Even outside the temple, the sound of his voice aroused emotions in dozens of devotees guarding the entrance to the shrine. Almost all of them closed their eyes. Many raised their fists. Some knelt and cried.

Towards the end of the conversation, Joaquín García asked his followers to raise their hands and their voices to God and repeat after him: “I promise you, Lord, that whatever the suffering, I will never forsake you. .”

It seems clear that many members of the Church, founded in Mexico in 1926 and now active in many countries, are unwilling to abandon Joaquín García as their “apostle”—the term used for the leader of the Church. Many believe that he was sent by God to preach to them and are convinced that he is innocent, despite his admission of guilt.

“The apostle always shows determination to move forward,” said Phares Ruiz, who traveled from El Salvador to attend the Lord’s Supper. “He is steadfast in his beliefs, and the Church is also steadfast in its goal of moving forward.”

Ruiz told The The Bharat Express News that his family has been in La Luz del Mundo for three generations.

Joaquín García, 53, was arrested in California in 2019. He initially faced more than 20 charges, but most were dismissed after a plea deal with prosecutors. The church claimed prosecutors withheld or falsified evidence, and said Joaquín García pleaded guilty because he believed he could not get a fair trial.

“The Apostle of Jesus Christ has had no choice but to accept with great pain that the agreement presented is the best way to protect the Church and his family,” the Church said.

Home to the church is the Guadalajara neighborhood in Hermosa Provincia, Spanish for “beautiful province.” Jericho, Bethlehem, and Nazareth are some of the names of roads that converge at the White Temple that the locals call “the cake,” because of the white rows that get smaller as they rise.

Church members in the neighborhood call each other “brother” and “sister” and take pride in helping each other. According to the Church’s media agency, there is no crime in the area.

The neighborhood has cafeterias, clinics, a leisure center and a shop that sells Bibles and religiously themed games for children. On the walls are pictures of Joaquín García, smiling and wearing a tuxedo. The main street spans a sculpture that spells “innocent” in Spanish.

Sara Pozos, 49, is one of many around who believe their leader’s imprisonment has strengthened the Church.

“I think it has changed for the better in that we now feel more united and stronger,” she said.

“It has obviously been a very difficult issue, for him and for us,” she added. “We all suffer at some point in life, but you get to know those moments when you see God doing something to help you, to move forward, not to let you down.”

“For us, everything is very beautiful, everything continues to work,” she said. “Preachers, ministers and deacons have the same duties. They bless the bread and wine and do other things as if he is here, even though he is not physically there.”

ALSO READ  Pumpkins Are for Gratitude: One Family's Secret to Using the Fall Season to Give Thanks

The imprisoned leader is the grandson of the founder of La Luz del Mundo: Eusebio Joaquín González, a soldier who started preaching in 1926. He is known to Church members as Aarón—a result, he said, of God asking him to change his name .

Aaron’s wife was the first member of the Church. Today it claims a membership of over 5 million in about 50 countries.

La Luz del Mundo is sometimes described as evangelical, but members do not embrace this term. The doctrine of the church is learned from the cradle. Parents give biblical names to their children and take them to the temple when they are 40 days old to promise that they will guide them to follow their path.

Most teachings translate into something mundane. During the services, the women sit on the right and the men on the left. In some cities, people give more than 10% of their monthly income to the church. Bible verses are quoted to explain behavior.

Castillo, a recently married woman of 25, told the TBEN that the church is advising members on how to “live a decent life,” in which women are not allowed to drink alcohol or go out on a regular basis. Like other women in Hermosa Provincia, she wears dresses and skirts that are not form-fitting, eschews makeup and earrings, and wears her hair long.

“It is not enough to say, ‘I have repented’ or ‘I have been baptized,’” she said. “You have to follow certain steps to prove your loyalty.”

For some young people, these steps include memorizing songs in honor of the apostle, reading the Bible before going to sleep, and not marrying anyone outside the church.

“All this shows that although you are part of this world, you have accepted a very special way of life because you are a Christian,” said Sánchez-Walsh.

Those born into the community are baptized at age 14, as it allows them to decide whether to reaffirm or leave the faith, according to the Church. Still, there are former members who say their ceremony was not without obligation.

Prior to baptism, in a ritual known as “the revivals,” children undergo days of prayer and fasting in a temple. The revival consists of repeating “Glory to Christ” non-stop until the young hear speaking in tongues to testify that the Holy Spirit has entered into them.

For Raquel Haifa, 43, completing the revivals was a traumatic experience she considers offensive because minors cannot refuse to participate.

“I cried because I said, ‘God, deliver me from this, let this time pass quickly,'” Haifa said from Texas.

Currently, journalists are not allowed to attend services or take photos in the temples of the Church. Since Joaquín García’s arrest, La Luz del Mundo’s media relations team says it cannot make official statements about his case because the lawsuit is pending.

On September 8, a lawsuit was filed in California against Joaquín García and four church members allegedly complicit in the sexual abuse. The lawsuit was brought by five women who – under the pseudonym Jane Doe – were identified as victims in the original criminal charges against him.

It accuses Joaquín García of conditioning victims under the guise of religion to serve him above all else, ultimately resulting in sexual abuse over the course of several years.

The case has been difficult for some former members who have distanced themselves from the Church.

Lo-ami Salazar said in a podcast called “I Left a Sect” that Hermosa Provincia used to be her “happy place”.

“Knowing that these abuses happened there, in my happy place, in my safe place, is terrible,” she said.