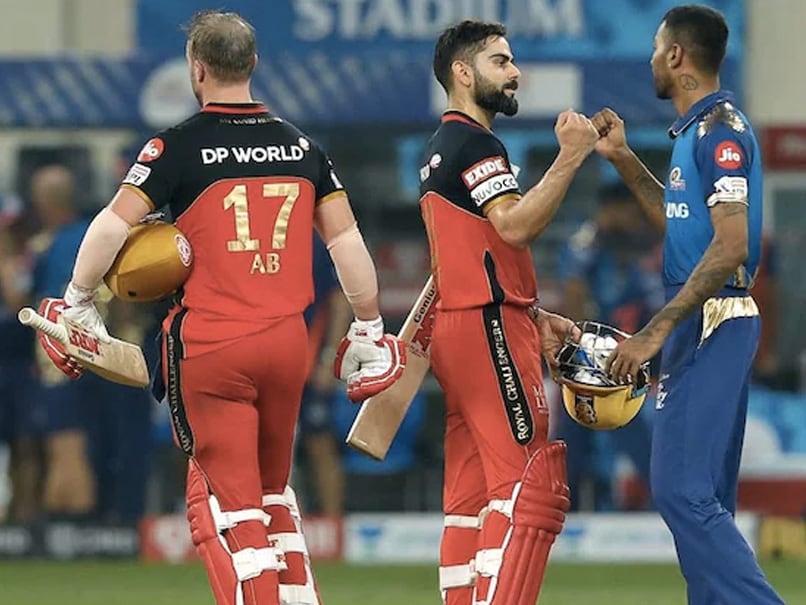 IPL 2021 kicks off on Friday with a tantalizing clash between reigning champions Mumbai Indians and a star-studded Royal Challengers Bangalore. The season opener pits two of India’s biggest players in recent times against Rohit Sharma and Virat Kohli. The two, however, have had contrasting fortunes while leading their respective teams in the Indian Premier League (IPL). While Rohit Sharma led the Mumbai side to a record five titles, Virat Kohli is yet to get his hands on the coveted IPL Trophy.

When it comes to the clashes between the two teams in the IPL, the Mumbai Indians are once again the rule. In fact, they’ve been ahead of RCB in the tournament over the years.

The two teams have faced each other 27 times, with the Mumbai Indians winning 17 times, while RCB winning just nine. One match ended in a tie with RCB who went on to win after Super Over.

The Mumbai Indians’ best winning percentage (83.33) is against Pune Warriors, whom they have beaten five times in six matches, followed by the Kolkata Knight Riders against whom MI has played 27 times, winning 21 of those matches.

After Pune Warriors and KKR MI’s best winning percentage is against RCB – 64.81.

At the start of the IPL, there wasn’t much to separate the two teams, with both winning at least one game in clashes against each other until 2015.

After 2015, the Indians of Mumbai almost have a monopoly on victories over RCB. In 2016 and 2017, RCB didn’t even win a single match while the same happened in 2019. Since 2016, RCB has only won 2 matches (including a Super Over 2020 victory) against MI while the latter has triumphed eight times.

This year, without the comforts of home for either team, it could go both ways. Mumbai Indians, as usual, are stronger than ever while RCB has a more balanced feel to their team with some branded buys at the IPL auction adding to the already star-studded list.