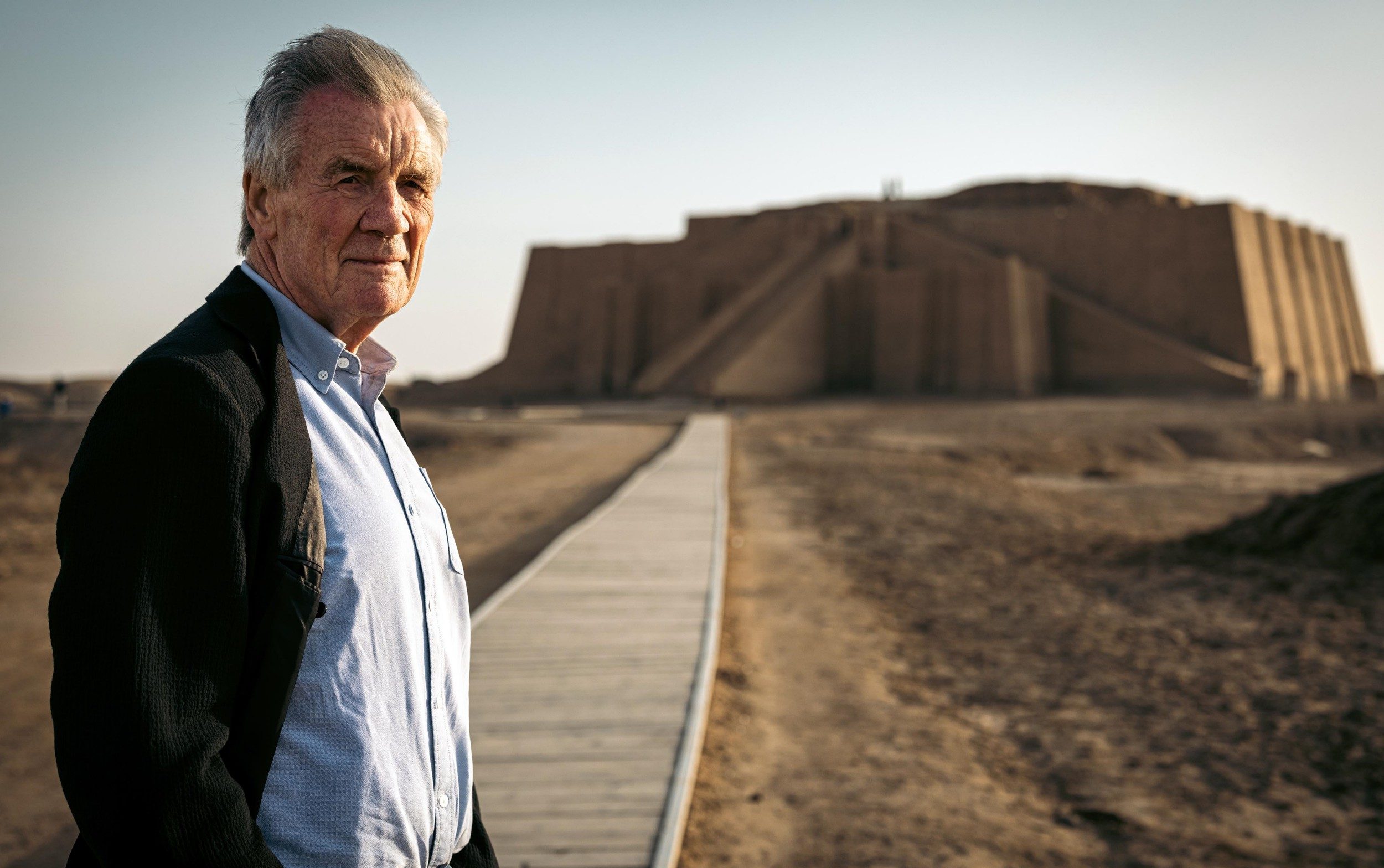 In the diaries he has been publishing since 2006, Michael Palin reveals a vulnerable side in his habit of recording the compliments paid to him. It is as if his confidence must be supported by the praise of others. Well, he can add one more to the list because Michael Palin: to Iraq (Channel 5) is a worthy addition to his long travelography.

Palin doesn’t have to venture into such murky waters. After plodding around the globe and plodding toward the poles, he’s now within spitting distance of 80. If he were throwing a series about the world’s best cocktail lounges or best infinity pools, you wouldn’t begrudge him the well-deserved freebie.

Still, he resists the temptation to wrap himself in cotton wool. The tiger tiger of Palin’s curiosity still burns bright. Before his last foray abroad, he tried to understand North Korea. He enters another geopolitical hot spot, announcing at the start that with his wimpy ticker, he needed a doctor’s note before he left. In the credits there is one for security advisers.

An unspoken element of this journey is your concern for him, as he spends, for example, many tiring hours on the Turkey-Iraq border. Or has a long old journey to find the hotel. Or experience Nawroz, the spectacular but extremely noisy Kurdish festival that welcomes spring to the city of Akre. “Beware of the old man!” you want to yell at crowds rushing past with flaming torches. “I’m sure it’s picturesque,” Palin said, clearly suppressing fear to take the photo, “but it’s getting a little warm.”

The theoretical backbone of this new voyage is the Tigris. In reality, it feels less like a picturesque profile of a river than a line to follow on a map that took it to places where stories coalesce: in this first episode, the story of Kurdish identity, or of life with and after the Islamic State.

Every journey with Palin is also a portrait of the man to some degree. You would get a harder story from another reporter. While Palin doesn’t totally shy away from these topics, there would probably be more about corruption, torture, and endemic sexism. But you wouldn’t understand the warmth, the self-mockery, Grandpa’s jokes, or the conversation with a donkey who was no more talkative than that parrot he once sold to John Cleese.

The ability to connect across chasms was best seen when he encountered some children playing in the shelled ruins of Mosul. “It’s their innocence,” he mused. “They didn’t all do this, they just suffered.” Their cheerfulness in such a place at such a time reduced him to Anglo-Saxon. “F— me,” he blurted out, which may be a first.