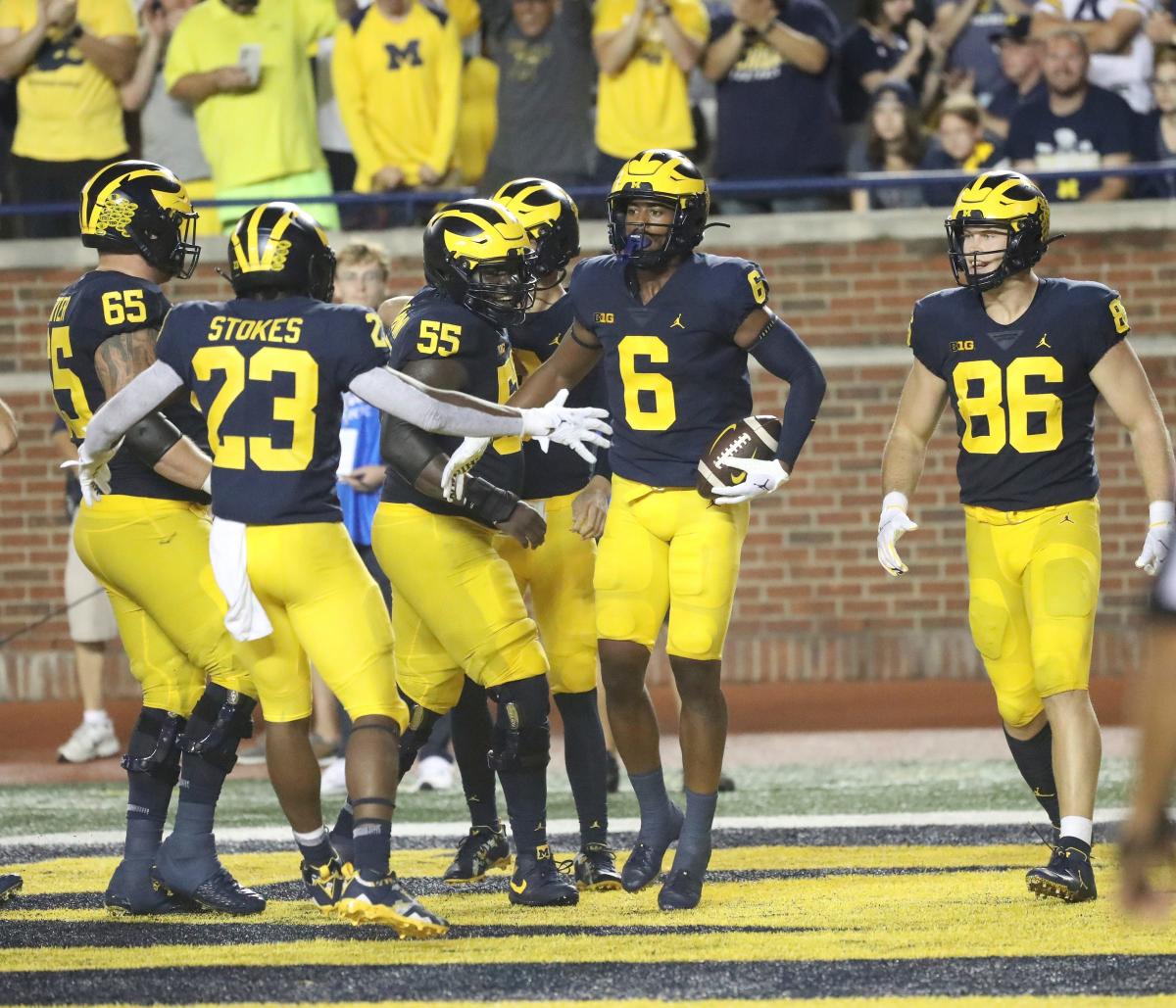 Game Notes: Connecticut lost its first game of the season at Utah State, 31-20, won vs. Central Connecticut 28-3, and lost 48-14 last week in Syracuse. …Michigan has knocked out Colorado State (52-3) and Hawaii (56-10) and continues its Charmin-esque nonconference schedule against the Huskies, before starting Big Ten play against Maryland next week. … Wolverine quarterback JJ McCarthy lived up to the hype in his first start last week and is starting again for this game after seemingly winning the starting quarterback league by coach Jim Harbaugh. Now comes the hardest part for McCarthy, writes columnist Shawn Windsor. … UM has a 2-0 all-time record vs. UConn, winning in 2010 and 2013.

More:UM agrees to pay $490 million to survivors of Anderson abuse

Don’t see the updates? Refresh the page or check it out on Twitter.