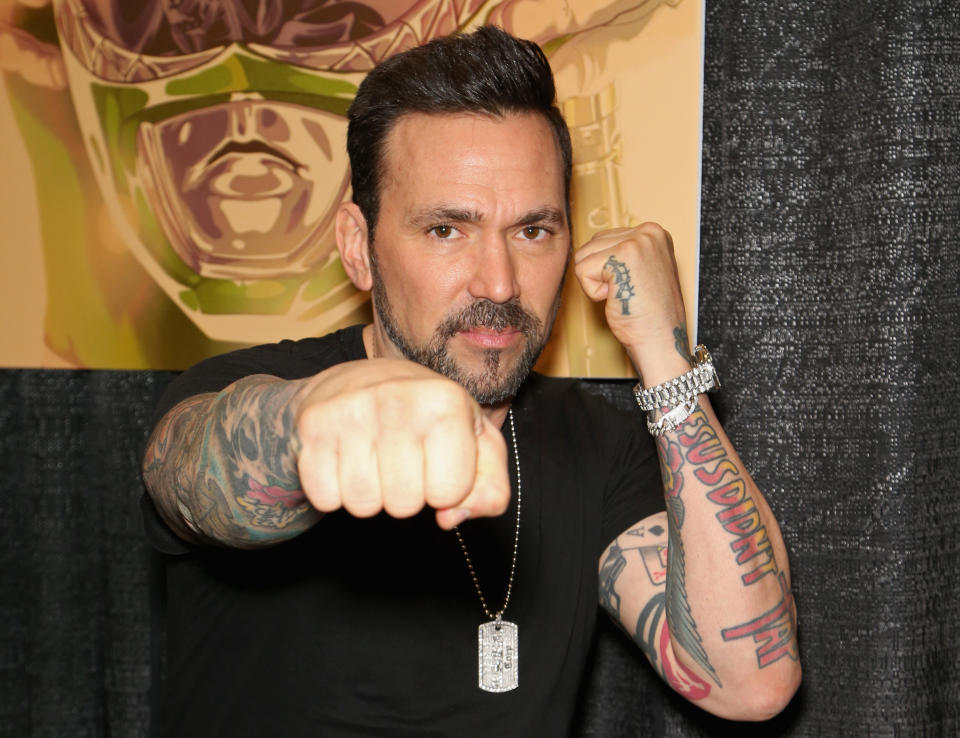 Jason David Frank, best known as Green Power Ranger Tommy Oliver of Mighty Morphine Power Rangers fame, passed away at the age of 49. The actor and mixed martial artist rose to fame in the iconic children’s series, which first aired on TV in 1993.

A representative for Frank confirmed the actor’s death to Yahoo Entertainment on Sunday. A cause of death has not been officially released.

“Sadly it is true. Please respect the privacy of his family and friends at this terrible time as we process the loss of such a wonderful human being,” Justine Hunt of Hines and Hunt Entertainment told Yahoo via email. “He loved his family, friends and fans very much. He will be truly missed.”

On social media, friends and fans paid tribute to Frank. Walter Emmanuel Jones, the original Black Power Ranger who starred alongside Frank on the hit TV series, took to Instagram to remember his friend and express his grief.

“I can’t believe it… RIP Jason David Frank. I am saddened to have lost another member of our special family,” Jones wrote, sharing a photo of himself and Frank on the red carpet. Thuy Trang, the original Yellow Power Ranger, was killed in a car accident in 2001.

ALSO READ  Howard Stern Calls Out Oprah For Flaunting Her Wealth: 'It's F—ing Wild' Because 'There Are People Struggling Out There'

“RIP my brother from another mom Jason David Frank. I’m still in shock. I feel terrible he called, left me a message and I took [sic] long. Jason was a good friend to me and I will miss him. Love n prayers for his wife Tammie and their children, I prey [sic] may God help you all through this difficult time,” Bronzoulis wrote.

In 2023 it will be 30 years since the Mighty Morphin Power Rangers. However, Frank previously stated that he had no interest in participating in any kind of reboot. In a Facebook live stream, he denied rumors of a reboot. He also stated that he doesn’t want to cover up his tattoos and that he’s done enough for the franchise, HypeBeast reported in May.

Recently Frank had been working hard on a new project, Legend of the white dragon.