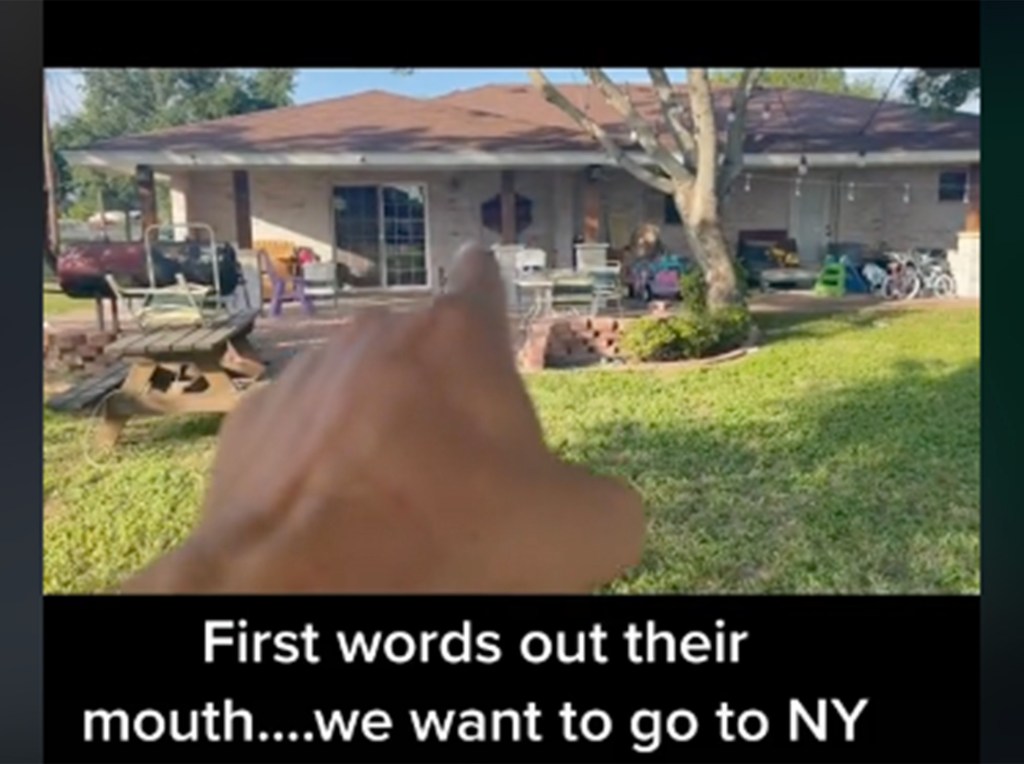 A Texas farmer claims he witnessed eight migrants fleeing border agents break into his 95-year-old grandfather’s home — as one stated, “we just want to go to New York.”

The man, who can see the border wall from his front door, said in a video posted on TikTok Wednesday that the men “rushed” through his house first, but couldn’t get past the locked door.

The migrants then went to Grandpa’s house next door, where they rushed in, barricaded the doors behind them and hid behind the kitchen island and in the pantry.

He is said to have even heard one of the men say, “We just want to go to New York.”

The farmer, who chose not to reveal his identity, told TBEN News that dealing with migrants has become a “daily event”.

“These guys have raided our houses. I mean trying to open doors, trying to get in,” he said. “Not everyone is and I agree, but these guys were trying to get away and into our homes. That was quite disappointing.”

The video, which contained alleged security footage of the incident and was posted with the tag #letsgobrandon, received widespread attention and over 136,000 likes. The comments are littered with sympathizers applauding the farmer for showing the realities of life in a border town.

The ranch, which the man said has been in the family for more than a century, has property that straddles the boundary wall and runs along the Rio Grande. In a subsequent video, the unnamed farmer said he doesn’t blame U.S. Customs and Border Protection for not having enough manpower to cover the vast swath of land along the border.

ALSO READ  Queen Elizabeth's Funeral: What Time Does It Begin, Where It Takes Place, and Our Monarch's Final Resting Place?

The farmer has posted several other videos of migrants casually crossing his land after crossing the border.

“You gotta love Obamacare, or what the hell is that, Biden’s fucking plan?” he says.

The man, who identifies as Hispanic, told TBEN he sees the migrant crisis as a “humanitarian issue” and blamed the Biden administration and Texas Governor Greg Abbott for exacerbating the problem.

On Tuesday, border officials announced they had arrested a record 2 million illegal immigrants on the southern border in the past 11 months.

Nearly 8,000 migrants cross the southern border every day, with about 2,000 seeking refuge in El Paso, Texas, every day.

Abbott has been transporting migrants to progressive cities since April and is inspiring other border states to follow suit.