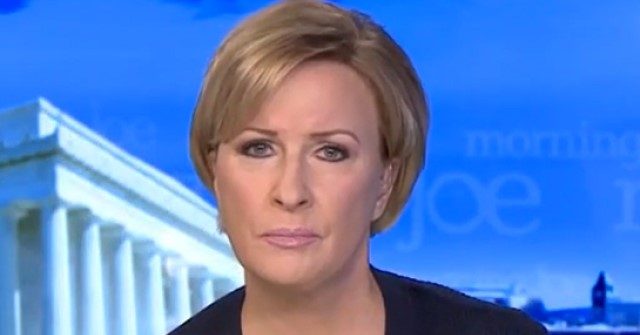 MSNBC co-host Mika Brzezinski said Friday that “Morning Joe” is the Republican Party’s party of “inhumanity” in policies and behavior.

Brzezinski said, “I ask again and again who raised you, men and women in the House and on the far right? I mean, would your moms like your behavior today? This party, when it comes to policy, and I’ve talked about this before, doesn’t exaggerate and calls it the party of inhumanity. A party that has no sense of empathy or humanity when it comes to policy or behavior.”

She added, “This is a party, and I’m talking about Republicans in the House, certainly not some members of the Senate who are taking a different path like Mitch McConnell, who made a very generous and fitting and graceful statement.” That’s how it works, boys in the House. But you tend to stay in this inhuman, cruel corner where you can enact your policies, whether it’s abortion, wanting a 13-year-old girl forced to have a baby by a rapist, or guns where that is not where the land is. But you remain there in the corner of cruelty and inhumanity. Your behavior, I hate to sound like Mom or anything here, but their behavior is repulsive and their behavior after Paul Pelosi was attacked, derisive, silent.