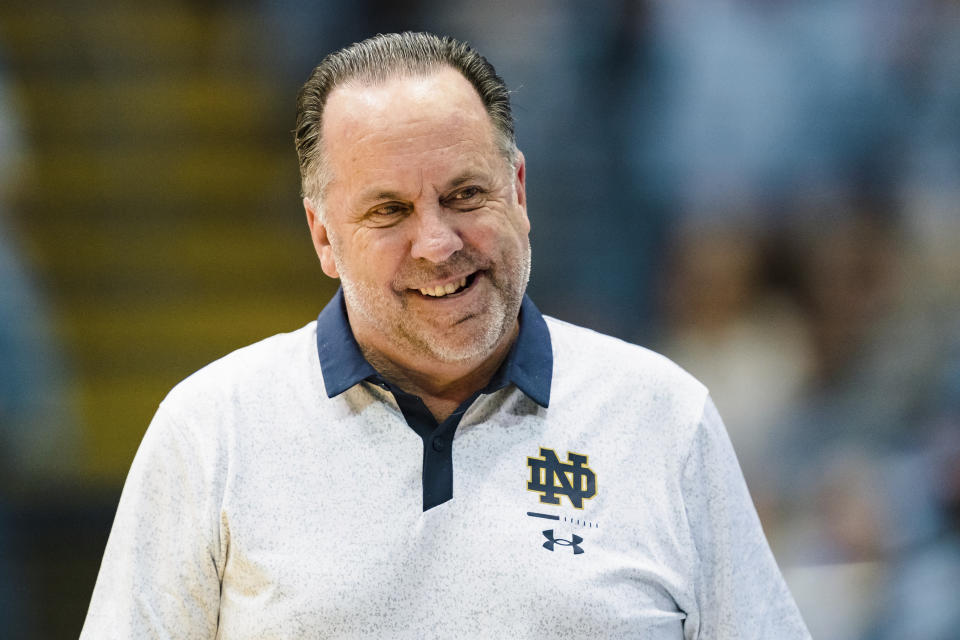 Brey, who has been the head coach of the Fighting Irish since 2000, will retire at the end of the season, the school announced on Thursday. According to the South Bend Tribune, Brey intended to inform his team of his plan to leave after Thursday’s practice.

Brey, 63, is the program’s all-time winningest coach. He has a 481-267 record in South Bend with 13 NCAA tournament appearances.

“Mike and I have spoken many times over the years about a future transition in leadership of the program, and in our most recent conversation, we came to a mutual conclusion that the end of this season was the right time,” said Notre Dame athletics director Jack Swarbrick. in a statement.

“That Mike is the winningest coach in the 119-year history of Notre Dame men’s basketball speaks to his skill as a teacher of the game. However, his even greater legacy lies in his accomplishments as an educator and mentor to the young men who played for him. In that sense, he represents both this university and every coach I worked with during my time at Notre Dame. And for that reason, I look forward to working with Mike to define his future role within Notre Dame Athletics.”

Brey added: “It’s been a great run for me and our program over the past two decades, but it’s time for a new voice to lead this group into the future. I want to thank our student-athletes, assistant coaches and support staff who have played such a key role in the culture we have created.”

The Irish reached the Elite Eight in 2015 and 2016, but have only appeared in the NCAA Tournament twice since then. Last year’s team reached the Round of 32, but the Irish have struggled this season, even with most of last season’s production back in the herd.

ALSO READ  'Hitman is back': Fans react as Rohit Sharma ends drought of the century in IND vs NZ 3rd ODI

After a 5-0 start, the Irish have lost 10 of their last 14 games to fall to 9-10 overall. On Tuesday, Notre Dame lost 84-71 at home to Florida State, a team that entered the game with only a 5-13 record. In that matchup, FSU jumped to a 32-8 lead midway through the first half and cruised to a win. The loss dropped Notre Dame to just 1-7 in ACC play. Notre Dame’s next game is Saturday at home vs. Boston College.

Brey came to Notre Dame in 2000 after a five-year stint as head coach at the University of Delaware. He led the Irish to the NCAA Tournament in his first three seasons. Before Brey arrived, Notre Dame had not reached March Madness in the previous 11 seasons.

Brey went on to win Big East Coach of the Year three times. He later led the Irish basketball transition to the ACC and endured his first losing season in 2013-14. However, the next two seasons saw the Irish move all the way up to the Elite Eight. Notably, the Irish also won the ACC tournament for the first time in 2015. In the 2016–17 season, Notre Dame returned to the tournament, but lost in the second round as No. 5.

In the five seasons since then, Notre Dame has made it to the NCAA Tournament just once – last year’s second round seeded 11th. And in the midst of this year’s rocky start, Brey has decided it’s time to retire from coaching.

“I leave this place with immense gratitude to the university and I’m proud of everything we’ve accomplished together,” Brey said. “I look forward to working with Jack in any role that can help the Notre Dame family.”

Who will win Super Bowl MVP? Here are 3 non-QBs worth considering