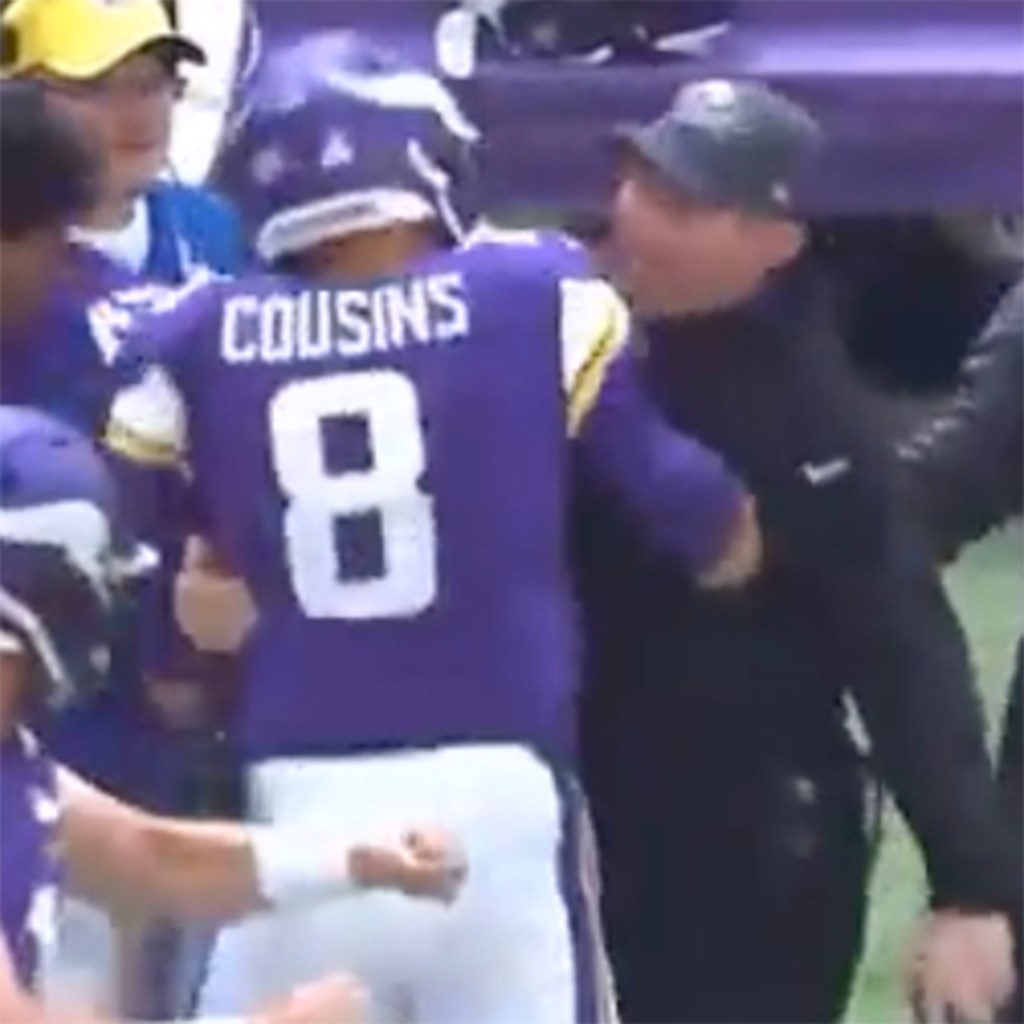 Paul Allen, the Vikings’ radio voice, recalled the tense moment on KFAN last week, claiming that Zimmer was filled with “rage” when Cousins ​​appeared to get him on the sidelines in a home win against the Lions on October 10. .

“Back to the middle of the season. Home game and it’s a win. Yeah, Zim snapped as Cousins ​​pushed him,” Allen said.

“And looking back, the former head coach got that side eye and anger out of his nostrils. And he wanted to go. But then he didn’t want to go. Kirk felt a free hit during the working relationship and he got one in.”

When Greg Joseph of the Vikings converted a 54-yard field goal to beat Detroit 19-17, cameras captured the exchange between cousins ​​and Zimmer on the sidelines. Both sides downplayed the moment after the match.

“Honestly, he does exactly what I want him to do. He’s a leader, he’s vocal, he shows emotion. I’ve been talking to him about it all year,” Zimmer said on October 11. ‘He came by and said, ‘Do you like that?’ He gave me a push and I pushed him back. It’s all right.”

Cousins ​​said he was “excited” when asked what happened to Zimmer.

“I just celebrated with it,” he said.

The relationship between cousins ​​appears to have been contentious, according to multiple reports. Last month, former Vikings linebacker Ben Leber — who now covers the team as a sideline reporter for radio broadcasts — said that Zimmer “didn’t like Cousins.”

A February report from The Athletic also claimed that Zimmer “openly complained in coaching meetings about cousins” during the 2021 season.

Cousins, who signed a $35 million one-year extension with the Vikings in March, will now partner with new head coach Kevin O’Connell, who became Zimmer’s successor in February.

O’Connell landed in Minnesota after two seasons as the offensive coordinator for the Los Angeles Rams.