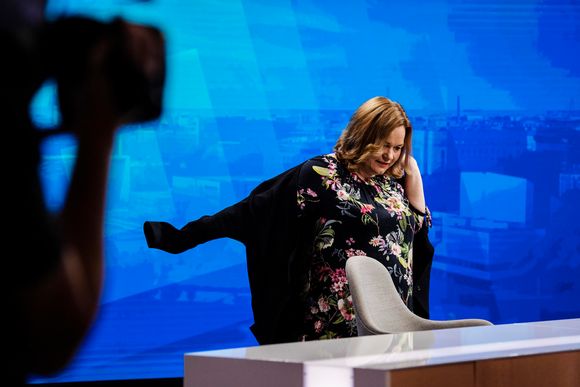 Minister of Family Affairs and Social Services Krista kiuru (SDP) said on Saturday that Finland would be among the first countries to access a Covid vaccine.

Kiuru told Yle Ykkösaamu’s talk show that she doesn’t think Finland will be completely clear of the virus by Midsummer Day, although she said recent vaccine news was promising.

“We will be among the first [countries] to get vaccinated. We will start as soon as possible, but the experts need to assess the types of risks we are willing to take, ”Kiuru explained.

“The measures must be effective”

The minister said the recent increase in infections in the capital region was alarming.

“If there are a thousand infections per week in Uusimaa, then Finland cannot afford to continue to manage the epidemic in this way,” Kiuru said, adding that she was satisfied with the stricter measures. announced Friday in the capital region.

From Monday 23 November, participants in public indoor events will be limited to 20 people in the Helsinki metropolitan area, following the mayor of Helsinki Jan Vapaavuoriannouncement of (NCP) Friday.

Kiuru, however, said she didn’t think there was a need for the state to impose emergency measures like it did in the spring.

“It is clear that we cannot just let the number of infections increase,” Kiuru told Yle.

She said it was important that the regional authorities in Uusimaa deal with the situation, without the government rushing to intervene. The minister highlighted the successful regional efforts to quell clusters of infection in Kainuu, South Savo and Vaasa.

The Finnish Ministry of Social Affairs and Health is currently preparing new rules to test all passengers arriving at Helsinki airport. Cities in the capital region have criticized the decision as being too onerous because it would drain health workers.

Kiuru acknowledged the critics, saying the region did not have an overabundance of healthcare workers. She said the aim was to prevent the virus from entering Finland.

“Testing is one way to make sure the virus stops at the border and people get to the country safely.”

At the moment, tests are carried out sporadically at Finland’s largest airport.

All decisions about mandatory testing at airports will ultimately be decided by lawmakers, according to Kiuru.

The Bharat Express News - November 27, 2020 0
Seoul - South Korea reported more than 500 new cases of coronavirus for the second day in a row on Friday, a level not...