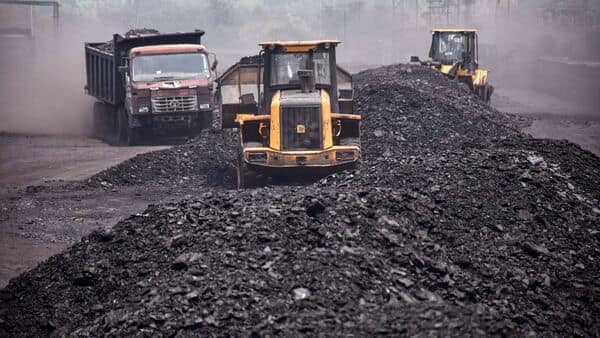 The Ministry of Coal had made an offer for coal mines for commercial coal mining. The technical evaluation of the bids has been completed and the electronic auction for 10 coal mines will be launched today.

“E-auction for eight collieries will be held on September 13 and for two collieries on September 14, 2022. The total peak capacity (PRC) of the mines offered for e-auction is 39.31 million tons per year,” according to one statement from the Ministry of Coal.

The Nominated Authority, Ministry of Coal has successfully auctioned 43 coal mines to date with a PRC of 85.54 million tons per year.

Previously, the Union government has said it has taken the following steps to further improve coal production in the country.

Commercial coal auction based on revenue-sharing mechanism: Since the launch of the commercial mining coal mine auction in June 2020, a total of 4 auction rounds have been held, offering a total of 292 coal mines. 42 coal mines were successfully auctioned in 3 rounds. Furthermore, with regard to the 4th auction round, bids were opened on 02.03.2022 and 2 or more bids have been received in respect of 5 coal mines and 6 coal mines have collected separate bids.

Permitted sale of surplus coal production: Ministry of Coal amended the rules for mineral concessions, 1960, with a view to the sale of coal or lignite, against payment of an additional amount to the state government, by the tenant of a captive mine up to 50 percent of the total amount of coal or lignite produced in a fiscal year after the end-use facility requirement associated with the mine has been met. The Mines and Minerals Development and Regulation Act was amended for this purpose earlier this year. This applies to both private and public captive mines. With this change, the government has paved the way for the release of additional coal into the market through greater utilization of the mining capacity of coal and lignite blocks, which were only partially used due to limited coal production to meet their own needs only.

Rolling Auction: In order to speed up the process of conducting auctions and to conduct more auction rounds in a year, a mechanism of rolling auctions of coal mines is planned. Under this mechanism, upon completion of the electronic auction process of a tranche, the next auction tranche would be launched for the following mines:

New mines, if any, identified by the Ministry of Coal

ALSO READ  Modi an apology, Congress has been annoyed since the G23 letter questioning them: Ghulam Nabi Azad-Politics News, The Bharat Express News

15 Projects identified with a capacity of approximately 160 MTPA (million tons per year) to be managed by Mine Developer and Mode Operator.

CIL has taken steps to upgrade the mechanized coal transport and loading system as part of ‘First Mile Connectivity’ projects.