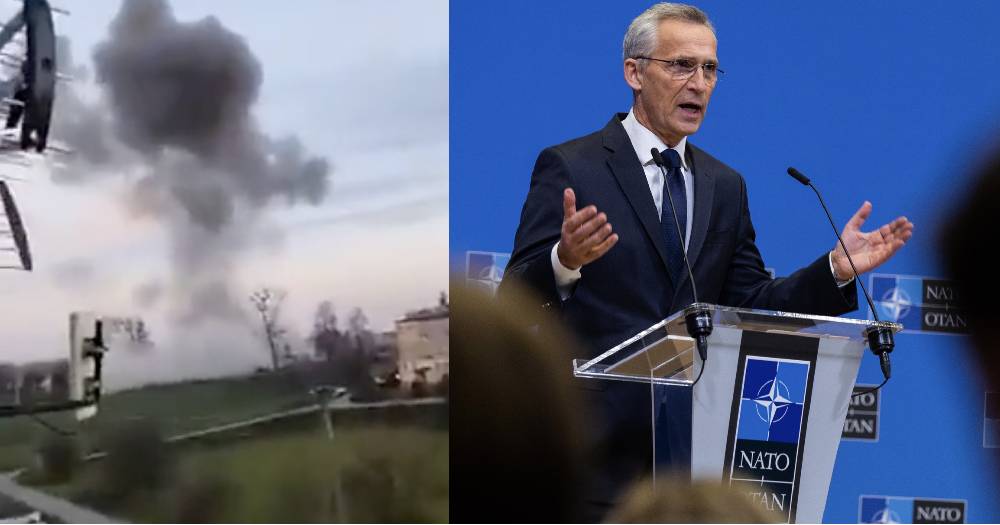 The missile that hit Polish territory on November 16 and claimed two victims is believed to be of Ukrainian origin.

On November 16, US President Joe Biden claimed it was “unlikely” that the missile had been fired from Russia, telling the G7 and the North Atlantic Treaty Organization (NATO) that the missile was a stray Ukrainian air defense missile. Reuters reported.

Previously, the Russian Defense Ministry had denied involvement in the blast and strongly denied hitting any targets near Poland.

Polish President Andrzej Duda also told a press conference on November 16 that there was a “high probability” that it was an air defense missile from the Ukrainian side, and that it probably fell in Poland in “an accident” while intercepting incoming Russian missiles . .

The missile turned out to be a Russian-made S-300 missile, used by both Ukrainian and Russian forces during the conflict.

NATO allies met in Brussels on November 16 to discuss the explosions in Poland. In a press conference by NATO Secretary General Jens Stoltenberg that took place after the meeting, he stated that there was “no indication that Russia is preparing offensive military actions against NATO.”

However, he agreed that most of the blame lies in Russian hands.

“But let me be clear, this is not Ukraine’s fault. Russia bears the ultimate responsibility if it continues its illegal war against Ukraine,” he said at their press conference.

The Ukraine issue overshadowed the G20 summit (Group of 20) from the very beginning.

On Tuesday (November 15), the G20 countries issued a joint statement condemning Russia’s invasion of Ukraine, saying that “the current era should not be a war.”

The statement, issued by the White House on Nov. 16, emphasized that the conflict negatively impacted the global economy and exacerbated human suffering, posing numerous threats to global security and stability as a whole.

The statement explicitly stated that G20 members “deplore in the strongest terms the Russian Federation’s aggression against Ukraine”.

In response, Russian Representative and Foreign Minister Sergey Lavrov accused the G20 of “politicizing” the discussion at the summit, adding that its Western counterparts were turning the event into an “anti-Russian” platform.

Before the statement could be released, he left the conference to reportedly undergo a health check.

In the wake of the missile strike on Poland, Biden called an emergency meeting in the evening with some world leaders to discuss the issue on the sidelines of the G20 summit.

According to US officials, initial findings suggested that the missile that hit Poland had been fired by Ukrainian forces at an incoming Russian missile.

The Polish authorities’ investigation eventually confirmed Biden’s statement, which concluded that the missiles were likely launched by Ukraine in defense, but accidentally landed on Polish territory.

According to CNNUkrainian President Volodymyr Zelensky told reporters in Kiev that he had “no doubt” the missiles were not Ukrainian, placing the blame on Russia.

On the contrary, Kremlin spokesman Dmitry Peskov said Russia has “no relationship whatsoever” to the missile incident in Poland, and that some leaders made statements without understanding “what actually happened” and without “any real evidence”.

He labeled the Western reaction a “hyteric frenzied Russophobic reaction”.

Nevertheless, as evidenced by a statement from the White House, the US concluded that Russia is ultimately responsible for engaging in conflict and that Ukraine “had every right to defend itself.”

The G20 statement on this issue is similarly vague, choosing to focus and specifically condemn the 85 missiles launched in Ukraine on November 15. The missiles targeted energy infrastructure.

Most of the leaders present at the G20 condemned Russia’s war in Ukraine, but some acknowledged that others saw the conflict differently.

Man says he has Buddha inside, molests two female students, claims he sensed their misfortune and ailments – Singapore News