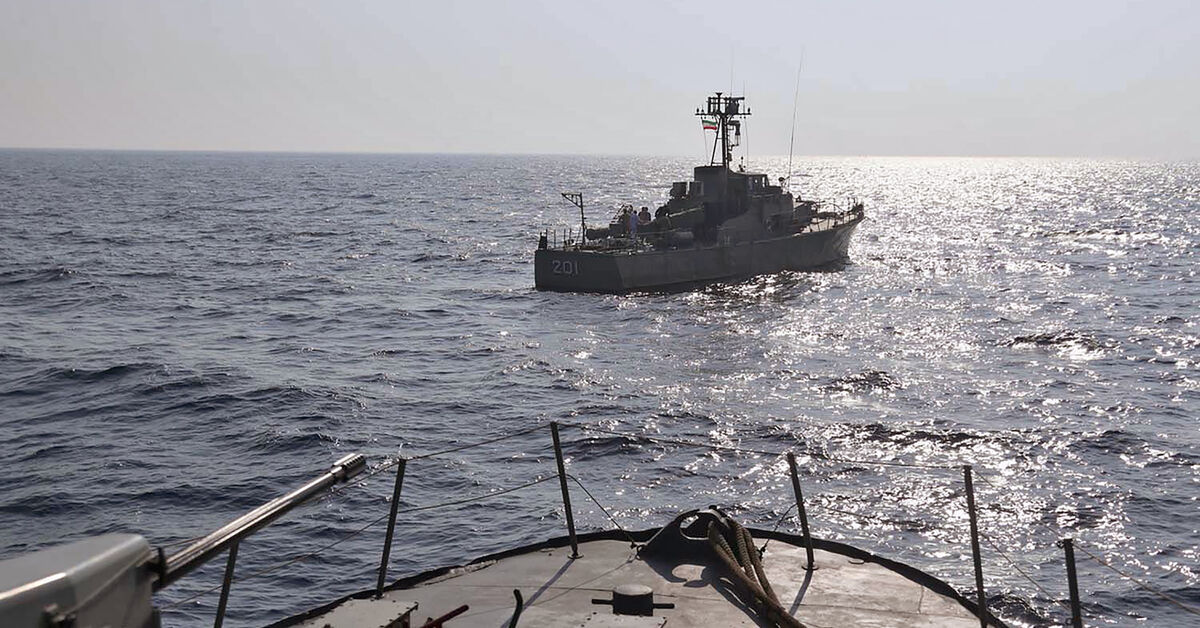 The cameras aboard two unmanned, unarmed naval drones operated by the US Navy in Middle Eastern waters are missing after the devices were briefly captured by the Iranian navy last week.

The Wall Street Journal first reported that the cameras of the two Saildrones were missing after the crew of Iran’s naval frigate Jamaran brought in the devices last week as they passed through the Red Sea.

The crew of the Jamaran released the Saildrones the next morning after being chased by two US Navy destroyers, the USS Delbert D. Black and the USS Nitze, as well as at least one MH-60S helicopter.

Why it matters: Pentagon spokesman Ryder said it was unclear whether Iranian forces were in possession of the Saildrone’s cameras, raising the possibility that they became dislodged when the devices were hauled in and later dumped back into the sea.

Last Thursday marked the second attempt by Iranian naval forces to capture US Navy drones in less than a week.

Earlier this week, an IRGC naval support vessel, the Shahid Baziar, hooked a cable to another unarmed Saildrone in the Persian Gulf and attempted to tow it away. The crew of the IRGC ship released the device after the pursuing USS Thunderbolt, a coastal patrol vessel, relayed warnings via bridge-to-bridge radio.

Neither incident escalated to the point of hostility, US military officials said. Iranian media reports have suggested that the seized drones posed a threat to maritime traffic in the region, but a US defense official who spoke to Al-Monitor last week rejected that claim, saying the drones had been in the water for nearly a year without incident. were deployed.

All three Saildrones were in international waters when they were picked up by Iranian sailors last week, US military officials said. The two drones seized in the Red Sea were at least four nautical miles from the nearest active shipping route, the U.S. Fifth Fleet said at the time.

What’s next: The incidents — which officials say are Iran’s first-ever attempt to seize Task Force 59’s unmanned ships — come as Washington and Tehran appear to be at another deadlock over the final touches to return to nuclear power. deal of 2015.

“We do not see the two as connected,” Brigadier General Ryder said at a Pentagon news conference today.

A return to the accord would lead to renewed restrictions on Iran’s nuclear enrichment in exchange for broad relief from economic sanctions, but the text does not address Iran’s conventional arms production, nor its support for proxy militias in the region .

Critics of the deal, including many in Israel’s top security echelons, worry it will lead to more money flows to Iran’s proxy militias and limit Tehran’s nuclear enrichment for just a few years.

Iran-backed groups have continued to fire projectiles at bases used by US forces in the region, sparking another round of retaliatory strikes by the United States last month.

The tit-for-tat cycle between the United States and Iran armed forces in the region shows no signs of abating. US defense officials have said Iran maintains a long-term goal of expelling US troops from the region, but neither side wants to see an escalation into open conflict.

Knowing more: Read Jared Szuba’s report on how the Iranian Navy tried to hide the two US Navy drones it seized in the Red Sea last week.