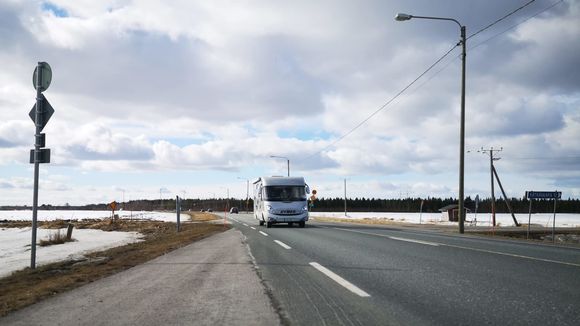 Data compiled by telecommunications operator Telia shows that many people have left Uusimaa to spend the Easter weekend elsewhere in Finland.

According to the company, about 72,000 trips left Uusimaa last Thursday.

Data for the same period last year revealed that only 22,000 trips were made from the region, a difference which can be explained by the fact that Uusimaa was under travel ban until mid -April.

Uusimaa has consistently experienced some of the highest infection rates throughout the coronavirus pandemic. In February, experts from the THL health agency called on residents of the region not to travel to other parts of the country.

Telia Tiia Palvimo said it was not possible to identify groups or individuals from the data.

“The figures have been extrapolated to cover the entire population, using market share and population statistics. They describe the number of trips that started in Uusimaa each day and continued with stops of less than 50 minutes, ”she said.

Despite messages from officials asking them to stay home, many people headed north to make the most of the ski season.

“Yes, the hills are busy, really a lot of people on the move. Fortunately, the safety distances are maintained and the masks worn. Maybe we are learning to obey the rules of the coronavirus, and for that I am very happy,” said Visit Ylläs CEO Janne-Juhani Haarma.

The Jääskö measurement station on Route 79 towards Levi recorded an 11% drop in the number of vehicles last Thursday, from pre-pandemic levels.

Compared to last year, the roads in Lapland were significantly busier. The automatic traffic measurement stations on Kittiläntie recorded about three and a half times the traffic they did at Easter.