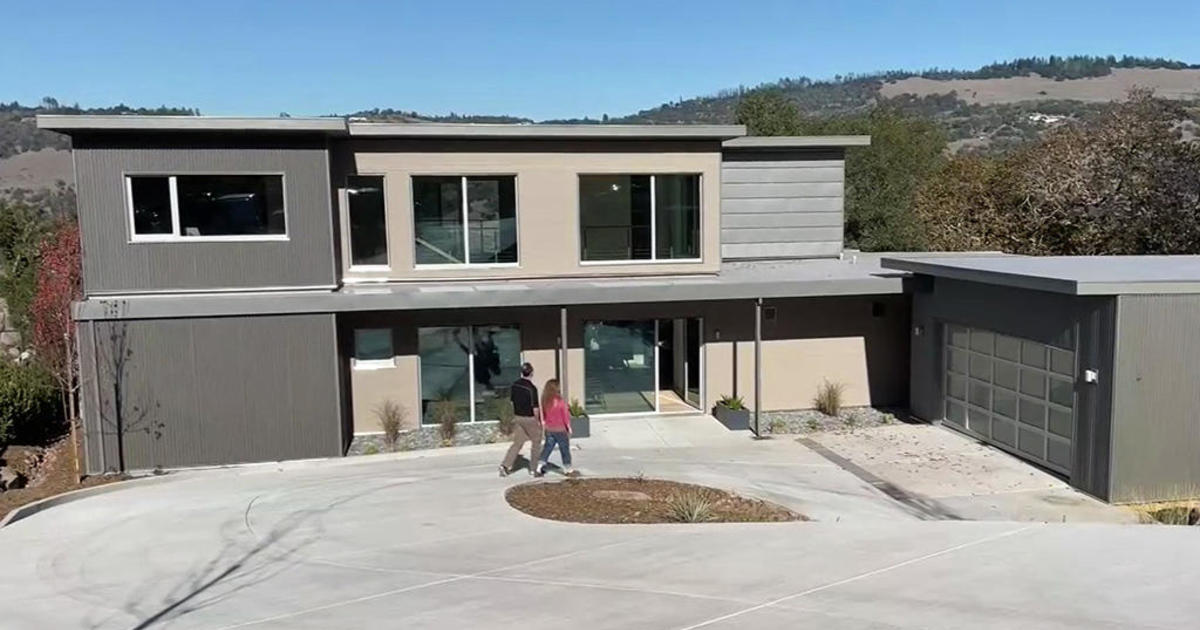 SANTA ROSA — October 8 marked the fifth anniversary of the wildfire that devastated parts of Santa Rosa. For many homeowners, the rebuilding process has gotten off to a slow start. Now a company is showing off a model home that promises to reduce construction time while reducing the impact of future wildfires in the area.

On Sunday, the sign on the street listed the fire hazard as “low,” meaning to some that the impact of wildfires can be “out of sight, out of mind.” Five years after the deadly Tubbs fire, those still rebuilding their homes in the Fountaingrove area are well aware of the situation.

“Where we are in Santa Rosa burned down with the 2017 fire, so just being able to rebuild fast enough is a big part of this as we go forward,” says Kellan Hannah, director of growth and development for a modular construction company called Dvele.

On Sunday, Dvele hosted an open house for a model home in Fountaingrove that was built in days instead of years in a partially automated factory in Southern California.

“You can see metal coming off the coils, they’re folded by our machines. They’re put in place and then built in a day,” said Hannah. “You know, one day the whole frame is built and the second day a whole house is built in a shell.”

Then the finishing work begins and after about 24 days a finished house is shipped in pieces, lifted with a crane and assembled into a finished house. The whole process – start to finish – takes about a month.

“I often wonder why they would want to build slower than faster, if they could,” he said.

“I think it’s definitely an interesting experiment,” said Cory Warren, who toured the house on Sunday. “And it’s probably where we’re going — a way to make things more efficient.”

The home is more than just efficient. It is also designed to be climate resistant.

Exterior surfaces are largely fire resistant and the solar panels and backup battery protect against the frequent threat of power cuts. The home also features an advanced ventilation system that can filter smoke and recirculate room air to reduce the need for heating and air conditioning.

“It’s so innovative that even three, four or five years from now, when other builders have caught up with what they think is futuristic, we’ll be even further ahead,” said Hannah.

Finally, the house checks itself for signs of trouble. Three hundred sensors embedded in the walls, electrical, water and HVAC systems track things like temperature, humidity levels – even the condition of air or water filters. If desired, the house can automatically schedule contractors to make repairs.

“That’s the beauty of what we do,” Hannah said. “It’s like you’re not just in a house you don’t have to think about?”

These days, there’s a lot of thinking about making things that we don’t have to think about. That gives us time to think about things we’d rather not have, like the everyday fire hazard.

How much does something like that cost? It depends on the size of the house. The company has designs that cost between $3 million and $300 thousand for a backyard mini house.