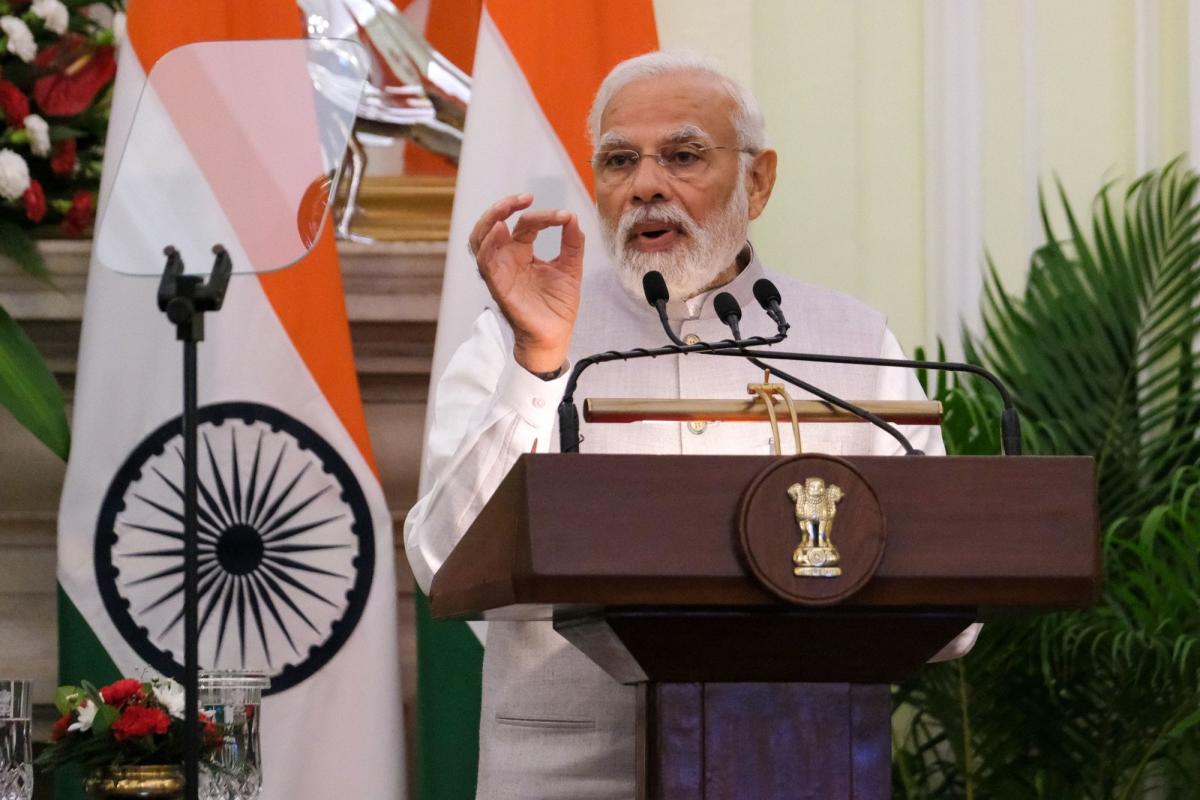 (Bloomberg) — When Indian Prime Minister Narendra Modi meets Russia’s Vladimir Putin and attends a summit with China’s Xi Jinping on Friday, he must avoid getting too cozy with the US’s two biggest opponents.

Modi’s face-to-face meeting with Putin will take place Friday in Uzbekistan, where a large number of leaders will gather for a summit of the China-founded Shanghai Cooperation Organization, a group designed to counter the US-led global system. At that event, he will also work with Xi, who has not met Modi in person since the end of 2019.

With Russia’s war in Ukraine in its seventh month, India has emerged as one of the biggest swing nations. The US and its allies have so far largely avoided pressuring New Delhi for its close ties to Russia, a major supplier of weapons and energy. That’s partly to keep Modi on his side against China, partly through the Quad, a group that also includes Japan and Australia.

Modi has so far managed to thread the needle between the two sides while furthering India’s own interests. He sought cheaper oil and much-needed weapons to counter Beijing’s aggression along their disputed Himalayan border and increased investment from the US and its allies seeking to diversify supply chains outside of China.

But whether he can sustain that is another question. Early tolerance for India’s position, along with its insistence that it would take time to sever its deep security relationship with Russia, is beginning to meet with greater resistance as the US and its allies step up efforts to cap the price. imposed on Russia. oil to lower Putin’s income.

“India’s neutral public stance on the invasion has raised difficult questions in Washington DC about our alignment of values ​​and interests,” said Richard Rossow, senior advisor on India policy at the Center for Strategic and International Studies. “Such commitments — especially if they trigger new or expanded areas of cooperation to benefit Russia — will further erode policy makers’ interest in Washington in giving India a ‘pass’ for a tough sanctions decision.”

So far, the Biden administration has said it is not interested in sanctions against New Delhi over its recent decision to buy Russia’s S-400 missile defense system. Turkey’s purchase of the same system has seriously damaged US ties with its NATO ally.

Still, friction points arise. India has rolled back a US-proposed price cap for Russian oil as crude oil imports surged five-fold to more than $5 billion in the three months to the end of May.

And India also angered Japan by participating recently in the Russian-led military exercises in Vostok-2022 held around a group of islands known as Russia’s Southern Kuril Islands and Japan’s Northern Territories — a territorial dispute. dating back to the end of World War II. India eventually scaled back its participation in the war games — mainly by staying out of naval exercises — out of deference to Japan, but it left a mark.

ALSO READ  Why is a Chinese delegation not allowed to visit Queen Elizabeth II's coffin in the British Parliament?

A Japanese official, who declined to be named as he discussed a sensitive topic, asked if India would be happy if Japanese troops had participated in exercises with the Pakistani army, but only skipped exercises in the disputed region of Kashmir.

A State Department spokesman said the US has expressed hope that India will not choose to join Moscow or the fallout from Russia’s war against Ukraine.

“We have expressed concern at the highest level about actions that could undermine international efforts to pressure Russia to end the war against Ukraine,” the spokesman said.

Modi seems aware of the optic towards the US. He flew to Uzbekistan late on Thursday and missed an official dinner to kick off the Shanghai Cooperation Organization summit, which, according to people familiar with the situation and who asked not to be named, would have provided many photo opportunities with both Xi and Putin .

“At the SCO summit, I look forward to exchanging views on current, regional and international issues,” Modi said in a brief statement before going to Uzbekistan.

India’s partners in the West will closely monitor the tone of any statements after Modi’s meeting with Putin. One specific area of ​​focus is trade: In the first seven months of this year, India’s imports from Russia totaled just over $13 billion, compared to just $2 billion a year earlier, according to figures from the Commerce Department. India’s exports to Russia fell to $700 million over the same period, compared to $950 million a year earlier.

While India’s historic ties to Russia will be difficult to break, officials in New Delhi are more wary of China. The borderless friendship achieved by Xi and Putin earlier this year may also play a role in India’s long-term strategic planning as tensions with China continue to simmer along their disputed Himalayan border despite a recent troop withdrawal. .

“There are mounting suggestions that Russia will largely follow China, especially after the crisis in Ukraine,” said Harsh Pant, a professor of international relations at King’s College London. “And that’s going to be a big part of the puzzle India will have to solve.”

The Bharat Express News - September 28, 2022 0
Rupa Huq, the Labor MP, was banned from the party yesterday after he sparked outrage by saying Kwasi Kwarteng, the chancellor, is "superficially black". Sir...