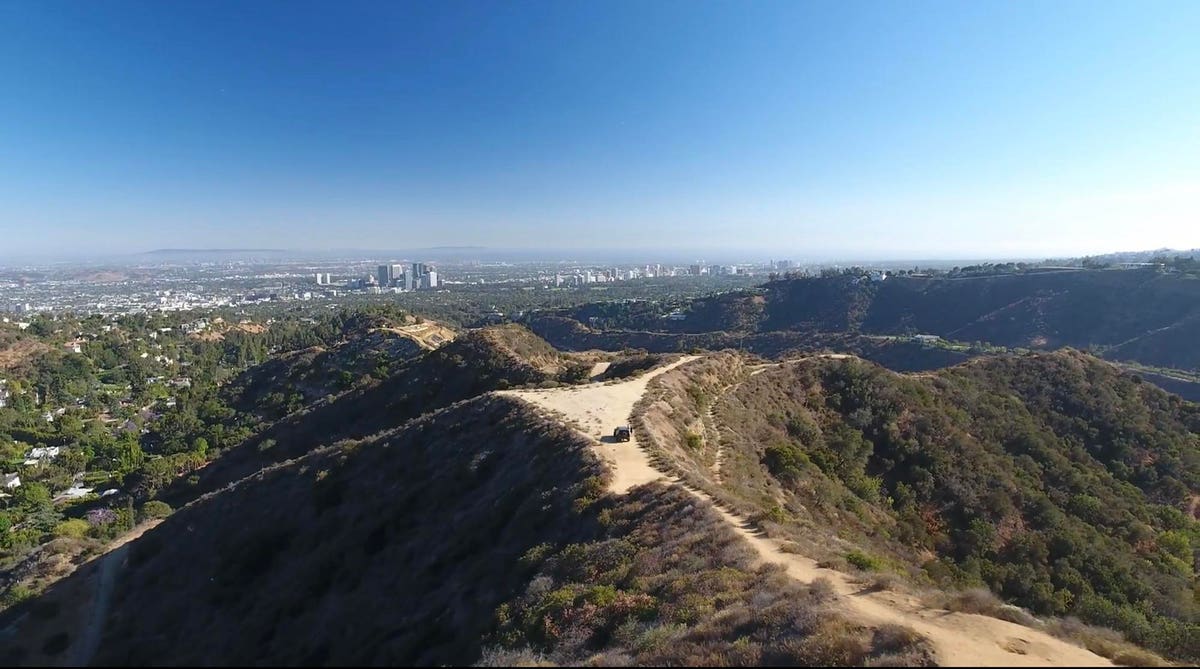 Mega-mansion developer Mohamed Hadid has slashed the price of a property overlooking Beverly Hills to $ 50 million, down 50% from the original asking price of $ 100 million.

Called Olive Hills, the undeveloped land near Franklin Canyon in Los Angeles went up for sale in July, about six months after a series of events led the entities through which Hadid owns the property to file for bankruptcy. If the 70-acre offer does not find a buyer, it is expected to be sold to the highest bidder at an auction scheduled for October 27, 2021.

According to listing agent Rodrigo Iglesias, who is director of new development for Hilton & Hyland, the property consists of six plots assembled by Hadid over a 20-year period. Hadid had originally planned to develop an exclusive enclave at the site; plans for the development include three complexes, each with main homes ranging from 23,000 to 25,000 square feet and guesthouses of approximately 6,000 square feet.

To commemorate a potential sale and the events surrounding it, Hadid and Iglesias worked with technology provider Winjit to create an NFT (non-fungible token) on the Cardano proof-of-stake blockchain platform. Hosted on an encrypted website, the NFT is a capsule of reporting and property records associated with the property, including a preliminary title report and chain of title with all registration deeds. A live video with interviews with Hadid, architect Nicolo Bini and Ellen Fred of Conservation Partners is also included in the digital offering.

In a statement, Iglesias said a use case like this “highlights decentralized storage capacity and ‘information immutability’ when it comes to real estate. “We see it as a cornerstone for archiving the storage of ownership records and relevant information and with the ability to add programmable blockchain smart contract features such as tokenization, voting rights and loan protocols. challenge. “

The price cut comes about a month after Hadid listed another property near Franklin Canyon for $ 250 million. The 38-acre trophy complex at 9650 Cedarbrook Drive is fully licensed and is expected to be completed in less than two years, Iglesias told TBEN in August. With nearly 80,000 square feet of total living space, the project is considered the largest home ever licensed in Los Angeles County.

A longtime player in Los Angeles’ speculative development scene, Hadid has been linked with many larger-than-life properties over the years. Over a decade ago, he put a 48,000 square foot mega-mansion called Le Palais on the market for $ 58 million. In 2010, he sold a 35,000-square-foot mega-mansion in Bel-Air called Le Belvedere for $ 50 million, among the largest residential sales in the country that year.

Hilton & Hyland is a founding member of TBEN Global Properties, a consumer market and a network of elite broker members selling the world’s most luxurious homes.