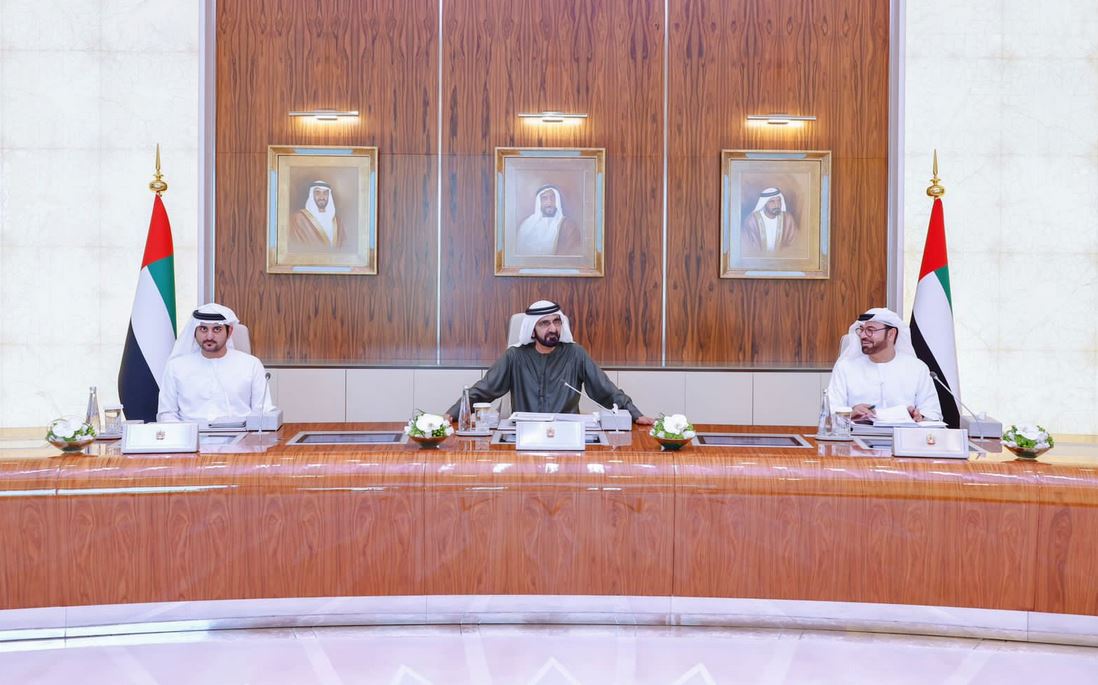 His Highness Sheikh Mohammed bin Rashid Al Maktoum, Vice President and Prime Minister of the UAE and Ruler of Dubai, chaired a cabinet meeting at Al Watan Palace in Abu Dhabi, during which His Highness thanked the medical and service cadres, the Emergency and Crisis Authority, volunteers and all citizens and residents.

His Highness said through his account on the social networking site “Twitter”, “I chaired a meeting of the Council of Ministers at Al Watan Palace in Abu Dhabi, which we began by thanking and appreciating our medical and service cadres, the Emergency and Crisis Authority, volunteers, and all citizens and residents who formed one national team that successfully crossed the Emirates, one of the biggest health crises that humanity has experienced.” Thanks home team

His Highness added, “We also approved, in the cabinet meeting, the holding of the annual meetings of the UAE government, in the presence of the most important 500 federal and local officials, on November 22 in the capital, Abu Dhabi. The goal is to review performance during the previous year, and agree on our most important development projects at the national level for the next year.”

His Highness added, “At our meeting, we approved the country’s joining the Global Alliance for Green Economy, which aims to consolidate the global transformation towards more sustainable economic prosperity and preserve the environment…and in preparation for the UAE to host the COP28 conference next year, God willing. With our best wishes for brotherly Egypt in the current session.”

His Highness said, in the cabinet meeting, we adopted a comprehensive development project for the cadres of the federal government to develop the readiness of the government and its cadres for the future by training them on the skills required for the coming period… Investing in our cadres is the best investment and the most return on our future.

His Highness added, we were briefed on the development of the productivity measurement project in the government and its outsourcing to the Federal Human Resources Authority. Some bodies and ministries still have low productivity in relation to the human and financial resources available to them..the real leader is the one who doubles the volume, value and productivity of the human energies within his powers..and vice versa.

And His Highness concluded by saying, in our meeting, we also adopted a new policy to support the local product by changing the customs exemption policy so that the exemption is for imported materials that are included in industries and do not exist locally only.. The goal is to encourage factories to use locally produced materials to support them.

Sultan Al Qasimi issues an Emiri Decree regarding the promotion and appointment of Abdullah Abdulrahman Muhammad Obaid Al Shamsi as Director General of the...

Ruler of Sharjah: The nation’s martyrs wrote their names in letters of light in the pride register

Head of State: The thirtieth of November is a day to affirm the strength and cohesion of our society and to deepen the values...