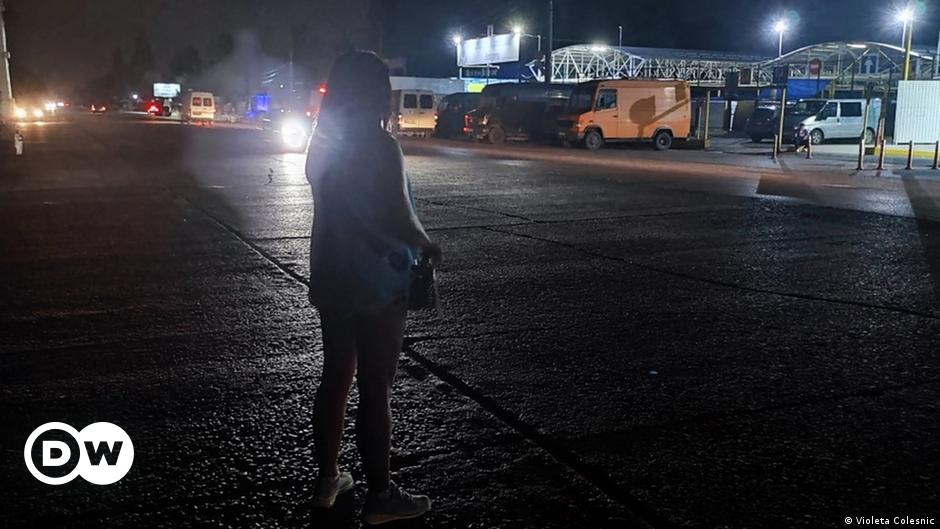 “Behind the polite facade of a well-dressed client, a monster can lurk,” said a Moldovan sex worker. She knows what she’s talking about; she works on a street in the north of Moldova where TBEN met her and two of her colleagues.

The women described how dangerous the work is: “They hanged Mariana and drowned Natasha. I can’t remember exactly how Iulia died,” said one. “They beat Tanea to death. Her body was found on the side of a country road. The body of another sex worker was dumped in a canal. When it was found, she could only be identified by her clothes.”

The Republic of Moldova, a former Soviet republic, is one of the poorest countries in Europe and has less than three million inhabitants. About a third of the country’s 15,800 female sex workers work in the capital Chisinau. There are no statistics on male sex workers.

Prostitution is illegal in Moldova, so the women cannot count on any form of protection from the authorities. On the contrary, if the authorities find out how they make their money, the women will be fined between €88 and €118 ($95-128).

The sex workers spoke of fear and humiliation and said they are often chased by police officers at night. The “johns” who pay for their services often demote, beat and abuse them. Most of these women say they turned to sex work out of desperation because it was the only way to feed and survive for their families.

The “Calea Basarabiei” in the Moldovan capital Chisinau runs through an industrial estate. Female sex workers wait on both sides of the road for potential clients over a 5-kilometre stretch. The women have divided the road between the different groups that work there.

Newcomers are not always welcome: “We are old, 36 or even 46, and the men who come here for sex would always choose the younger ones, so we chase the young women away,” said a woman who has been a sex worker for more than 20 year.

She said that several groups of Ukrainian women have appeared on the streets of Chisinau since the beginning of the war in Ukraine, but they have pimps. “And they only work at night; always in the same place.”

Other sex workers confirmed that sex work in Moldova today is usually not organized by pimps, and that the women work independently and negotiate prices directly with the client.

While luxury escorts earn several hundred euros per night, women who work on the street are paid between €10 and €25 per client. The smaller the city, the lower the rates: in a city of 30,000 it can be as low as €5.

A sex worker in her early 40s said it is particularly difficult in small towns – and not just because of the low prices: “Everyone has a negative opinion of women like me and treats us badly. I was arrested and had to pay a fine. The police know what I do.” She continues that it is particularly difficult for her children: “At school, in the garden between the prefabs or while playing, they are taunted because their mother is a prostitute.”

A recent survey in Moldova shows just how much discrimination these women face: 88% of those surveyed said they wouldn’t even want to be around a person engaged in sex work.

The women chose this job because they had no other choice, no other way to make a living: “Many people think prostitution is one of the easiest ways to make money,” she said. “Whoever says that has no idea how difficult it is for a woman who sells her body to regain her physical and mental balance.”

What she needs, one woman said, is an opportunity to make a living in another way. “Everyone treats us disrespectfully; they see us as something dirty and disgusting. Sometimes we are treated even worse than criminals who kill other people.”

In addition to the women walking the streets, there are the so-called “apartment girls” who offer their services in their own homes or at the client’s home. Many are students or married women who do not want their loved ones to know that they work in the sex industry and are terrified that it will come out. Yet none of them want to part with the stable income it brings.

Diana is one of them. She has two children and her husband is unemployed. She has a steady job and often works paid overtime, but the $172 she takes home at the end of the month is simply not enough for a family of four.

Here’s why she turned to sex work: “I would do anything to keep my kids from going hungry,” she says. “I lead a double life; no one knows about the second. I am still very present in my children’s lives; I am a good mother.”

Many sex workers have experienced sexual violence in their youth

According to a study by the non-governmental organization Act for Involvement, about half of all female sex workers in Chisinau were victims of sexual violence in their childhood or early childhood. Olga, who has been a sex worker for 26 years, said she was raped at the age of 12 by her teacher’s husband. She kept her mouth shut because the rapist threatened to kill her if she told anyone. “I didn’t say anything because I was too scared. That’s how I slept with men for money…”

According to the Joint United Nations Program on HIV/AIDS (UNAIDS), 2.7% of female sex workers in the country are infected with HIV. A former luxury escort said Moldovan dignitaries, successful businessmen, mayors and politicians had all paid for her services. She does not know which of them infected her with HIV.

She lost her clients and her only source of income when she became infected. Out of desperation and poverty, she began trading sexual services for food. She later became an alcoholic and once ended up in the hospital with alcohol poisoning. Her biggest regret is that she dropped out of medical school when the offer to do sex work came.

Some of the women pay the fines for prostitution. Others, like Larisa, who has been a sex worker for 26 years, can avoid them. Larisa comes from the Transnistria region, which broke away from Moldova in 1992 with support from Russia. Since she does not have a Moldovan passport, she does not have to pay the fine.

For Iraida, on the other hand, the fines are a real problem: she has already paid more than 200. Although she is eight months pregnant, she still works. Iraida already has two children and her husband has time off for drug trafficking. “He will be indoors for 7 to 15 years,” she said, “so I have to take care of the kids on my own.”

Many sex workers from different Moldovan cities were shocked by the growing number of young people on the streets. “The youngest girls are only 12,” said one sex worker. “The police know about it, the social workers probably do too, but nobody lifts a finger to save them.” She pauses and continues pensively, “I think the men should have some basic morals too…”

This article is the result of extensive, long-term research by a team of journalists in the Republic of Moldova, including TBEN Correspondent Violeta Colesnic in Chisinau. The journalists spoke to more than 40 sex workers from various towns and cities across the country. It was originally published in Romanian.