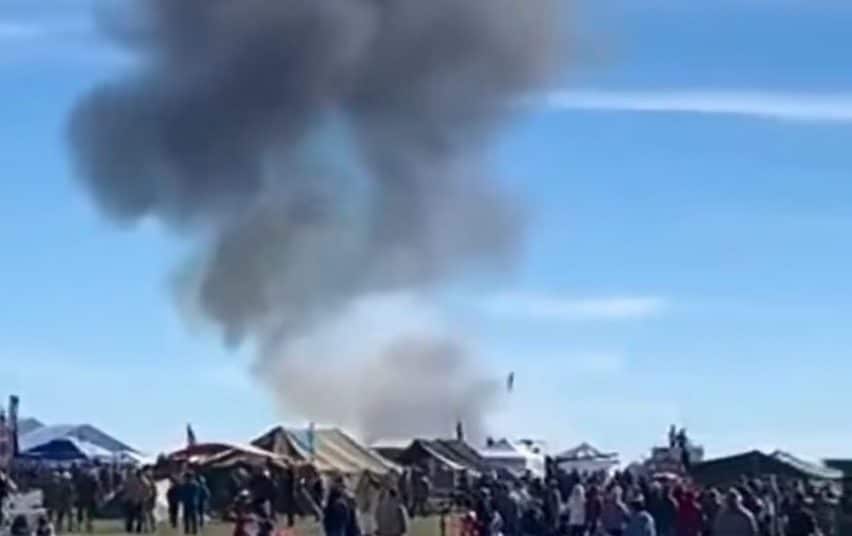 Jason Evans, a spokesman for the Dallas Fire Department, told the Dallas Morning News that the crash happened around 1:30 p.m. over the Dallas Executive Airport.

Witnesses say debris has been scattered on Highway 67 in Texas, where firefighters say the major fire broke out.

Both the Federal Aviation Administration and the National Transportation Safety Board have launched investigations, with the latter taking the lead and providing updates, officials said.

ALSO READ  Sports in need of indoor courts are prioritized for assistance from a $13.4 million fund

The Wings Over Dallas event is described as the country’s first air show of World War II.

Dallas Fire-Rescue said they have not yet confirmed how many people were on the plane or if anyone survived. It was also unclear if anyone had suffered any injuries from falling debris.

In a statement after the crash, Mayor Eric Johnson called the crash a “terrible tragedy.”

“The videos are heartbreaking,” he wrote on Twitter. “Please say a prayer for the souls who have taken to the skies to entertain and educate our families today.”

The B-17, a four-engined bomber, played an important role in winning the air war against Germany in World War II. With a reputation as a workhorse, it became one of the most produced bombers ever.

The P-63 Kingcobra was a fighter aircraft developed by Bell Aircraft during the same war, but used only by the Soviet Air Force.

One of the last major crashes of a B-17 was on October 2, 2019, when seven people were killed in an accident at an airport in Windsor Locks, Connecticut.