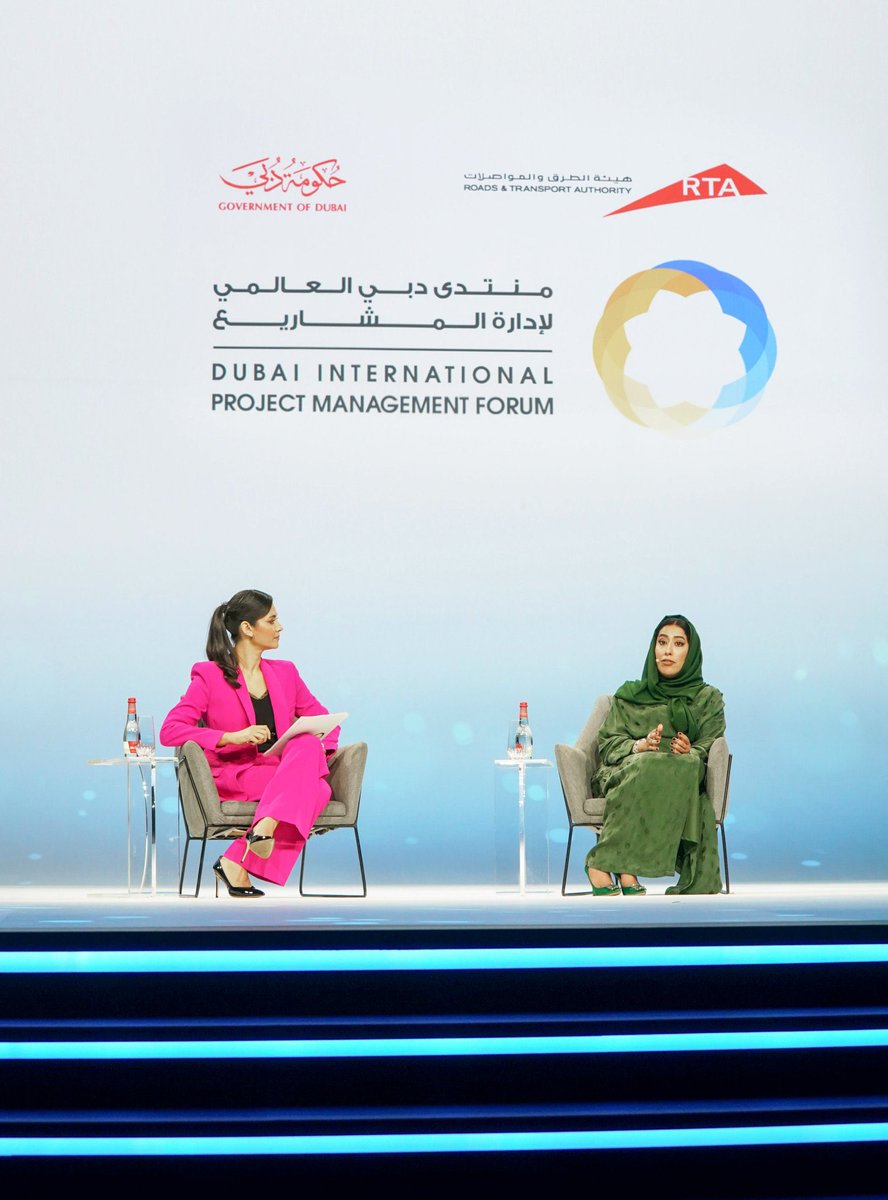 Mona Ghanem Al-Marri, Vice President of the Emirates Council for Gender Balance, confirmed that the wise leadership of the UAE, since its establishment, has attached utmost importance to the role of women in the comprehensive development process of the country, stressing that the country has made remarkable achievements in the field of gender balance in 2022 by advancing to the eleventh position in the world. It is the first in the Arab world in the gender balance index issued by the United Nations Development Program, advancing 38 global ranks within only 7 years of the establishment of the Emirates Council for Gender Balance in 2015, and for the second year in a row it came in first place at the level of the Middle East and North Africa region in the report on women and business activities and Law by the World Bank, and the Gender Gap Report by the World Economic Forum.

This came during the gender balance session within the Dubai International Forum for Project Management, which is holding its eighth session this year, under the patronage of His Highness Sheikh Hamdan bin Mohammed bin Rashid Al Maktoum, Crown Prince of Dubai and Chairman of the Executive Council of the Emirate of Dubai, until January 26 at the Jumeirah Hotel in Dubai.

Her Excellency Mona Al-Marri added, “The year 2022 witnessed the building of a qualitative partnership with the UAE private sector through the “Pledge to Accelerate the Fifth Goal of the Sustainable Development Goals,” noting that 56 national and international companies operating in various fields inside and outside the country have joined this voluntary initiative. To increase the percentage of women’s representation in leadership positions to 30% by 2025, and work to achieve gender balance in this vital sector, which represents a major pillar in the progress and prosperity of the UAE,” stressing that some of these companies achieved rates of up to 27% ahead of schedule. Pointing out the importance of this undertaking, which is the first initiative of its kind at the level of the global private sector, and reflects a unique partnership between the government and private sectors to achieve national goals.

The Vice-President of the Emirates Council for Gender Balance explained that the wise leadership has a great belief in the importance of the role of women, which gave them from the beginning equal opportunities with men at all levels and in various fields, and that this belief in the role of women stands behind the excellence of the UAE and its leadership at the international level in the field of Gender balance, noting that women currently represent about 27.5% of ministerial positions in the UAE government, and occupy 50% of the number of members of the Federal National Council. Representation and role in decision-making centers.
Her Excellency Mona Al-Marri stressed that the presence of Emirati women is not a formality, but rather an effective and influential presence, which is reflected in the qualitative achievements that she has achieved in various fields, including vital and future sectors, explaining that the Emirates Council for Gender Balance works in cooperation with all state agencies to implement the vision and directives of the leadership. Rational efforts to consolidate the country’s global position and enhance its competitiveness through global indicators and reports.