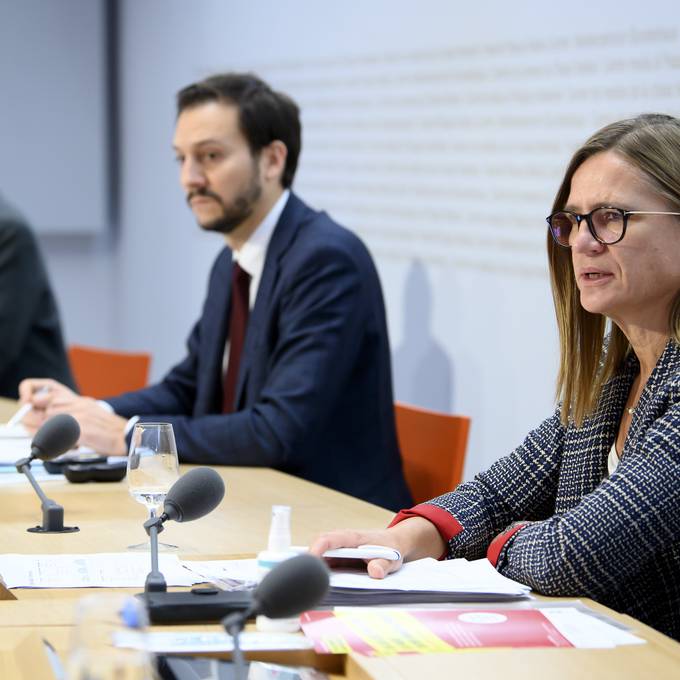 (wap) As before, the pandemic in Switzerland kills more people than in most other countries in relation to the number of inhabitants. This was explained by Virginie Masserey, head of the infection control section at the Federal Office of Public Health (BAG) during a press conference on Friday. There is currently no sign of a reduction in the number of deaths. Compared to other countries, Switzerland has an excess mortality rate comparable to France or Italy. It is still lower than in Belgium, but higher than in Germany or Austria.

Even with the use of intensive care units, there is still no decrease, according to Masserey. However, there is a tendency towards stabilization. In terms of the number of cases, there is cautious optimism, Masserey said. Be careful because the current figures may underestimate the real situation. Hope is given by data from the Sentinella early detection system, which was actually developed for influenza, Masserey said. They showed that fewer symptoms typical of the crown were recorded.

ALSO READ  Electronic voting in Switzerland: experts perceive the need to act in terms of security and transparency

The economy is stagnating but not collapsing

While Switzerland is in poorer health than other countries, it is doing better economically. The second wave slowed the recovery of the economy, but unlike the first wave, there was no further decline in gross domestic product (GDP) in the spring, explained Ronald Indergand, head of the economic sector at the Secretariat. State to the economy of Seco. This statement is based on “experimental statistics” with which Seco attempts to estimate the evolution of GDP on the basis of real-time data.

The numbers showed a massive collapse of the economy in the spring, a surprisingly rapid recovery in the summer, and since the start of the second wave, stagnating at a level of about 2-2.5% below values ​​of before the crisis. According to Indergand, the figures were comparable to those for Germany and Austria until a few weeks ago. During the reinforcement of the measures, there is now a waste which cannot be observed in Switzerland.

The working group that presented its assessment at the press conference in recent weeks was not present on Friday. The official reason was that the working group would not be present at every press conference. The information from the medical field, on the other hand, was provided by the doctor of the canton of Basel Thomas Steffen. Instead of statistics, he presented practical advice on the reach of the second wave. So it is useful not to read the news on the subject 24 hours a day.

Anyone who has symptoms should be tested

The Federal Office of Public Health will also launch a new campaign from Sunday. With red posters, the population is asked to be tested at the first signs of symptoms. The tests are free, said Virginie Masserey. The prerequisite is that the tests be carried out in accordance with federal guidelines. Anyone with symptoms should therefore first complete the federal government’s online corona check.

Regarding rapid tests, which are controversial among doctors, Masserey said that in practice it still needs to be learned how they could be optimally used. Thomas Steffen pointed out that rapid tests in a single practice actually caused more effort than a conventional PCR test. In large centers or in large-scale test campaigns, for example in homes, they would bring benefits.

Mafia investigators: health is in the sights of the clans ++ France: Large corona vaccination campaign

Bavaria warns of holiday in Switzerland ++ Mafia investigators: healthcare is in the sights of the clans