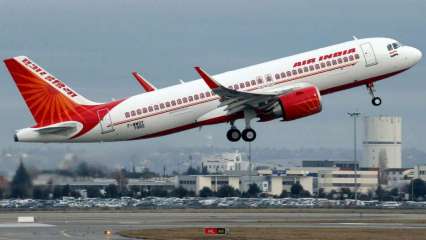 More than 2 million stranded Indians have been repatriated by different modes as part of the Vande Bharat mission, the spokesperson for the Ministry of External Affairs (MEA), Anurag Srivastava, informed Thursday.

Speaking at the weekly press conference, Srivastava said: “The mission has passed the two million mark. As of October 29, 20.55 lakh Indians have been repatriated in different modes as part of this mission and in phase seven, which has been operational since October 1. , 1,057 international flights were carried out. “

ALSO READ  "Brother, how's the reading?" Judges' jokes about the oximeter during the hearing

“These flights would have been operated by the end of the month from 24 countries, and they would reach 22 airports across the country, repatriating approximately 1,95,000 people. These flights include those from 18 countries with which we have concluded the air bubble agreement, and these arrangements worked satisfactorily and increased capacity, ”he added.

The Vande Bharat mission began in early May to evacuate Indians stranded abroad due to travel restrictions induced by the coronavirus.

The Bharat Express News - November 24, 2020 0
In 2019, Georgia adopted a new policy for the 'Classification and Management of Transgender and Intersex Offenders' which is supposed to make placement decisions...

Dr KIIS tells Jackie ‘O’ Henderson that she has the herpes...

GM withdraws support for Trump lawsuit against California over emissions

Dr KIIS tells Jackie ‘O’ Henderson that she has the herpes...