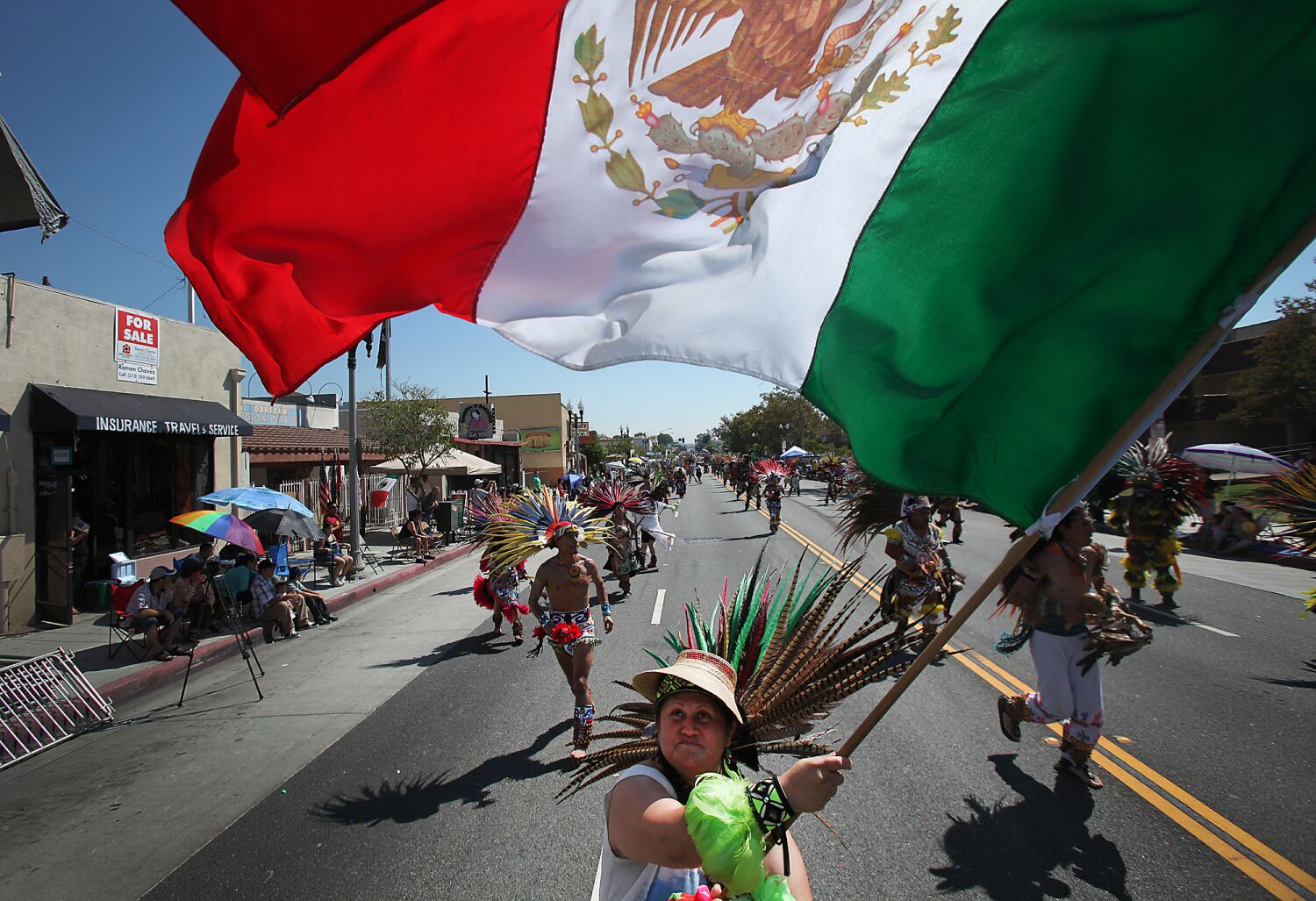 The parade, organized by the Comite Mexicano Cívico Patriótico, marks its 76th year and commemorates that Mexico threw off the shackles of the Spanish colonizers two centuries ago, while also spreading the cultural customs of the Mexican-American community in the region, both natives and immigrants. The parade, which lasts from 10 a.m. to noon, will be broadcast live on KABC-TV Channel 7.

“The East Los Angeles parade is a measure of our Mexicans, patriotism and the love those of us living abroad have for our country,” said Francisco Moreno, president of the CMCP, who left his home state of Michoacán to settle in. to settle in California. in 1983. Although he has been a naturalized American citizen since the early 1990s, he said he carries his homeland “in my heart.”

“We’re doing it with the goal that the youngest can really integrate and that the parade serves as part of their spiritual, patriotic growth and love for their parents and the country they come from,” added the 62-year-old activist. “Let there be no doubt: we love the United States, but we also love our homeland.”

In the early years, the parade started at Placita Olvera and ended in Lincoln Park. In 1953, it was moved to East Los Angeles and began to attract the attention and presence of celebrities such as John Wayne and successive governors of California, along with Mexican presidents and celebrities such as Anthony Quinn, Mario Moreno (Cantinflas), Lola Beltrán, and José. Jose.

Since 2011, the parade has followed a 2-mile stretch along Cesar Chavez Avenue to the west, starting from the corner of Mednick Avenue and ending at Record Avenue. Fifteen states of Mexico are depicted with allegorical floats.

“These events reinforce our multiculturalism, because there we realize that we are not just Mexicans, but that we come from many countries, different social strata and many generations,” said Gloria Arjona, professor of literature at Caltech.

Mexico’s National Day is a special occasion and a 25-year ritual for businesswoman Martha Jiménez. For the immigrant from Guadalajara, it is an opportunity to instill in her children and grandchildren an appreciation for their cultural heritage. The parade ends in front of her business, Alisol Flower Store, on Cesar Chavez Avenue, where residents and other merchants usually set up chairs and tents and share food.

“There’s everything: pozole, sopes, enchiladas, tacos and tostadas,” says Jiménez, who also helps decorate the floats with her two sons and two daughters.

“We have to teach our children the culture,” said Renato Jiménez, 38, who helps his mother. “If we don’t do it, the school won’t teach them.”

Everyone helps with the decoration, said Martha Jiménez, who plans to decorate three vehicles this year. “This will be Mexico in two hours,” she said.

María Elena Serrano left Michoacán with her family in 1963, when she was 5, and settled in the Central Valley. As a teenager in the 1970s, she worked in the vineyards in the summer. It was there, on a portable radio, that she heard the announcement of a contest to become “Miss Mexico of Los Angeles” and be crowned queen of the annual parade.

In 1980, Serrano was one of more than 40 participants. To her surprise, she won.

“That’s how I met the [organizing] and then I moved on there,” recalls Serrano, who was the parade committee’s first female president in 2017. She also has a unique take on cross-border relations: she is a member of the Mexican Chamber of Deputies that represents the country’s large foreign community living in the United States.

As is customary for Serrano, 64, who splits her time between her legislative duties in the Mexican capital and her home in Downey, she will travel from Mexico City this weekend to take part in the festivities.

“I’ve seen people get excited, shake hands with the kids, raise their flags and shout, ‘Long live Mexico!’ especially those who cannot leave due to their illegal immigration status, and this allows them to join the community,” she said.

Anti-Mexican discrimination persists throughout American society, and clashes between pro- and anti-immigration factions have gotten uglier in recent weeks. But Mexican Americans continue to break through.

“We are contributing to this country,” said Marcela Celorio, Mexico’s Consul General in Los Angeles. “If there are conservatives who might disagree, they are the smallest sector of American society as Mexicans are becoming more integrated.”

According to the Pew Research Center, Latinos will make up 29% of the U.S. population by 2050, a future reality that is troubling to some Americans.

“That’s what makes them uncomfortable. You can’t reverse that,” said Armando Vásquez-Ramos, retired professor of Chicano studies at Cal State Long Beach and founder of the California-Mexico Studies Center. That’s why it’s important for young people to “gain knowledge of history, culture, and what they represent as a Latino community today,” he added.

“With white immigrants, there’s a sense of belonging, of following their roots,” Rivera-Salgado said.

“There is this myth of assimilation, the myth of the melting pot. I say it’s a myth because it’s never happened,” he continued. “It seems to me that the best way to navigate this multicultural society is to know where you come from, what your history is and, based on that knowledge, interact with other people.”

Chances of Val Demings to beat Marco Rubio in Florida, according to polls