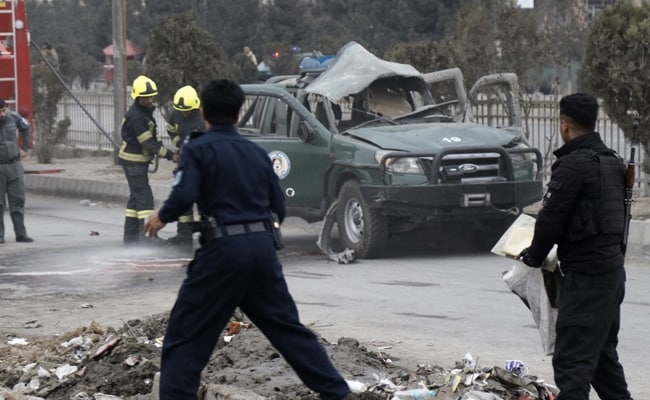 At least two people were killed and five others injured in the explosion in Kabul, Afghanistan.

A gruesome video from an explosion site in Kabul on Sunday, showing bloodied children standing over an unconscious woman, quickly went viral and sparked further outrage in an already war-worn Afghanistan.

At least two people were killed and five others injured in the blast, which appeared to target security forces in the Afghan capital, Kabul police spokesman Ferdaws Faramarz said.

The video, taken immediately after, showed bloody and blackened bodies lying on the asphalt, as two young children cried over an unconscious woman.

ALSO READ  NATO will expand its mission in Iraq to around 4,000 people

The two children – one of them covered in blood – can be heard screaming. At one point, we say: “Mother, get up!”

The man filming the video can be heard telling the children to “calm down” while the woman is carried away.

The reaction to the video was immediate, with social media users in Afghanistan expressing their horror at the footage. The hashtag “Mother get up!” in the Dari language quickly began to become trendy.

“Unbearable to look at this mother and her children like that,” wrote one Twitter user Ejaz Malikzada.

“How could those who do this justify their action to their own souls when you see children crying for their hurt mother? This must STOP, ”said Fawzia Koofi, a member of the government peace team negotiating with the Taliban.

The Kabul police spokesperson later confirmed that the two children were treated for minor injuries while the woman in the video was seriously injured.

No group has claimed responsibility for the attack, but Afghan security forces are regularly targeted by the Taliban.

The Taliban have denied any involvement.

Kabul, as well as urban areas across Afghanistan, have been rocked by frequent explosions almost daily amid tense peace talks between the government and the Taliban.

The rise in violence has led the administration of US President Joe Biden to launch a review of an agreement signed between Washington and the Taliban last year.

This agreement paved the way for the withdrawal of all American troops in the coming months and launched peace talks between the government in Kabul and the insurgents.

Biden is considering whether to stick to the looming May 1 deadline to withdraw the remaining 2,500 U.S. troops or risk a bloody backlash from the insurgents by staying.