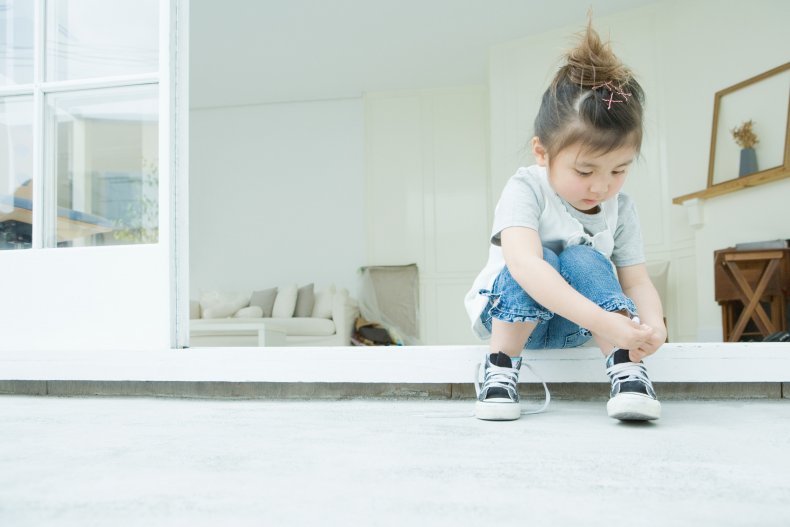 A mother of a 4-year-old gains support after saying she felt terrible about shoplifting a pair of shoes her daughter needed for her birthday.

The original poster (OP), u/jellybean10133, shared her story on the Reddit forum r/Antiwork and earned over 29,100 upvotes and 4,100 comments in nine hours for her post: “It sucks to be poor. I had to have shoes steal for my daughter because after paying the rent I had nothing left.”

She begins by saying that she is ‘tired and lets herself vent into the void’. The OP says she has a minimum wage retail job and can’t make ends meet. She makes too much money to qualify for federal programs like the Supplemental Nutrition Assistance Program (SNAP) or Temporary Assistance for Needy Families (TANF) — but she does qualify for the USDA’s Special Supplemental Nutrition Program for Women, infants and children (WIC).

However, her rent has increased by $200 to $1,500 for a one-bedroom apartment, which she says is constantly infested with ants and cockroaches. Her job has no fixed hours, so she cannot find a second job. Her child’s father owes over $6,000 in child support, but he’s in jail and OP doubts she’ll get any of that money.

Last week was her daughter’s 4th birthday. Although she could afford a box of cake mix and frosting, the rent increase kept her from paying for presents — plus her water and electricity bills and groceries that weren’t covered by the WIC program.

“Do you know how shitty I felt? I couldn’t give my kid presents on her birthday? I felt terrible and the worst parent on earth,” wrote u/jellybean10133.

Her daughter also outgrows her shoes, telling OP that they are “pinching” and that it “hurts her to wear them.”

OP said she had her first day off in 10 days, and after the rent and utilities were paid, she had less than $30 in her bank account to pay for the week’s groceries.

“I thought damn it, I’ll saunter around Target to kill some time because when I’m in my apartment I just feel depressed paying $1500 a month for a box that is constantly popping ants and cockroaches on,” she wrote. .

While at Target, she found a pair of unicorn shoes that would be perfect for her daughter. Although she couldn’t afford them, she put the shoes in her cart and covered them with her purse, saying she “felt sick in her stomach” as she did so. She paid for her other stuff — pull-up diapers and a frozen pizza for dinner — and didn’t get caught.

“I still feel guilty a day later, but the way my daughter’s face lit up when I gave her the new shoes was priceless. She was so happy. She thanked me again and again. I went to daycare because her shoes didn’t hurt,” u/jellybean10133 wrote.

“I still feel bad about it. But it’s damn hard right now. I have $11 in my bank account for gas until the next payday. I just want to give my kid the best life possible. I’m tired of struggling I know I’m not alone in this situation I’ve applied to so many other hopefully better paying jobs I want to go back to school and graduate My kid deserves better than a mom who shoplifts makes ends meet. I just want things to get better soon,” she continued.

Programs like SNAP — more commonly known as “food stamps” — and TANF exist to help families in need, but the programs often require funding. Former President Donald Trump’s budget in 2017 cut $150 billion from SNAP, and in 2020, Senate Republicans blocked a proposal to increase SNAP funding by 15 percent, with then-majority leader Mitch McConnell saying Trump “indicated that he would not sign the bill if it were passed.

Even without budget constraints, according to Snap to Health, 25 percent of people who qualify for SNAP do not participate because of the complicated process of applying for benefits. And Ginger Zielinskie, president and CEO of Benefits Data Trust, shared: News week in 2017 that many people don’t even know they qualify. Although SNAP is a federal program, some states have made it more difficult to get the benefits with additional provisions.

In 2021, the number of people on SNAP benefits fell from 14 percent in 2020 to 8 percent. While the decline was due to people returning to work after the peak of the COVID-19 pandemic, food banks said more aid was definitely needed.

“There are people going back to work, but it’s going slow and God forbid you need a car repair or something,” Carmen Cumberland, president of the Community Harvest Food Bank in Fort Wayne, Indiana, told the The Bharat Express News.

“I get it. My mom had these struggles. I swore I would never give my son the upbringing that me and my siblings had. It’s HARD. I’m against corporate America, but I’m damn good at it too and would be happy to provide help with your resume/cover letter if you’d like. At least to help you find something that will help you more with the bills. Feel free to ask anytime you want”, offered you /VeryStickyPastry.

“Don’t feel bad about the shoes. It’s Target, not an independent corner store. They won’t even notice it’s gone. You’re an amazing mom and I’m sorry you’re going through this,” u/L_Gobetti added.

“I used to work for the Human Services/Income Support Department. If your hours fluctuate and your rent increases, maybe you can try applying for SNAP again? not always indicative of actual wages Childcare and childcare costs are usually taken into account when determining what you can get approved, also state guidelines can be found on the internet so you may want to look at how you can work that out to No shame in getting the help you need you and your daughter deserve a good life. Don’t give up looking for a better job either. You can do it!” u/stealurturts wrote.

“You didn’t hurt the target, please don’t feel so guilty. You did good,” wrote u/TouchLife2567. “But for future reference, Target has one of the best retail loss prevention teams. They will watch and build a business if you ever steal again. Please be careful. You are a good mother <3 your daughter has your required."