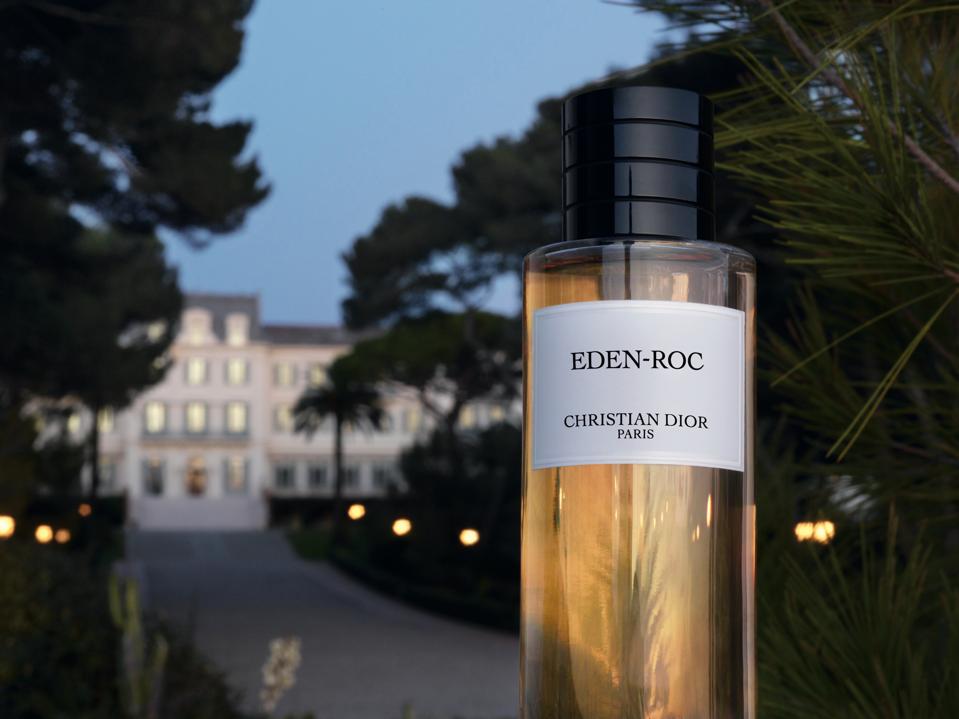 Scent is an essential part of the journey; whether it is adventures to come or bringing us back to a particular place and time. This year, more than ever, European perfume houses are looking to islands, travel and legendary off-the-radar hotels for inspiration.

Armani has had a home on the volcanic island of Pantelleria since 1981, when, as he puts it, “There were no nice hotels, no restaurants, no life. The biggest excitement of the day was if a car was passing on the road. “With its steep, dry-walled terraces used for growing capers and vineyards for the island’s rich passito wine, as the local joke says, Pantelleria is still Italy’s toughest place to shop. everything that bears the name of the creator. Cypress Pantelleria by Armani Prive captures the idiosyncratic and independent soul of the island; a mixture of citrus fruits as a first impression, then an intoxicating dive into the interior of the island with neroli and cypress amid a touch of clary sage and vetiver that head to North Africa, just 64 km across the Mediterranean.

The Hotel du Cap-Eden-Roc towers over Antibes both physically and metaphorically, a hotel that welcomed the lost generation, including Ernest Hemingway and F. Scott Fitzgerald, before becoming the most famous hotel on the Côte d ‘ Azure. Christian Dior has now created Maison Christian Dior Eden-Roc on the occasion of its 150th anniversary, a personal project for LVMH perfumer François Demachy, born along the Cannes coast. Eden-Roc is as resolutely feminine as the Belle Epoque architecture of the hotel; strong on floral notes, in particular of jasmine but also a touch of resin which refers to the Aleppo pines of Eden-Roc. Launched at the beginning of May, says Demachy: “the accords speak of sea air, flowers and citrus fruits, aromatic scents and maritime pines… of extreme sophistication and exquisite simplicity”.

For the mom who has itchy feet but isn’t going to compromise on her first post-pandemic trip. Ford’s latest addition to its Soleil portfolio is getting closer to the Far East. Housed in a golden metallic bottle, Soleil Brûlant delivers an experiential blow to the senses that only a truly foreign journey brings. There’s a smoky sense of incense alongside bergamot and jasmine, underscored by the kind of polished leather that comes from a beloved Globetrotter suitcase that has been passed down from generation to generation.

Finland has over 150,000 islands while Sweden tops the rankings with 267,000 islands. But Skandinavisk Kapitel 4 takes me straight to Gotland with salt infused foam, crabapple and rose hips. This Baltic island is one of the most fascinating destinations in Scandinavia; its Viking heart in Visby still inundated with medieval buildings, in front of a series of small villages and its satellite island Faro, formerly the home of Ingmar Bergman. Gotland has Valhalla status among Stockholm’s elite, with reed-lined swimming lakes and white sand beaches, as well as some great restaurants and beach clubs.

Named after a legendary left bank bar from the 1950s and 1960s on Boulevard Saint-Germain, this urban scent is a departure for Paris-based Diptyque. Orpheon is a tribute to the Gauloise-et-Guerlain generation, with a lingering wick of tobacco, warmed by jasmine and a light powdery surprise at the end. Think Marianne Faithfull with a touch of Simone de Beauvoir and some bubbly French attitude captured on a beautiful spring day; surprising, intelligent and beautiful.

Swedish artist Johan Bergelin brings a rebellious touch to the range of perfumes he launched in 2017. Villa Nellcôte refers to the manor of Villefranche-sur-Mer that Keith Richards rented in the early 1970s, a party of six months fueled by drugs documented by journalist Robert Greenfield and photographer Dominique Tarlé which ultimately resulted in Exile on Main Street. There is patchouli appropriate for the 1970s, but it broadens out to grapefruit, magnolia blossom, ground with cedar and a black tea that eliminates hangovers. If the mom in your life has a thing for the Rolling Stones, this is the one to aim for.

Ramdane Touhami and his wife Victoire de Taillac-Touhami, have reinvented this classic 19th century perfumer. Its signature rue Bonaparte store may be lined with apothecary glass jars and deliberately reminiscent of a time when beauty and health were commercially aligned, but with its scented mask stickers, Touhami embraces innovation. They are designed to be worn inside the mask in a resealable pouch, in a stale air combination of peppermint, eucalyptus and lemon.

Louis Vuitton – On the beach

Louis Vuitton’s Les Parfums des Colognes series now features five fragrances, all aimed at unraveling the 21st century’s biggest conundrum about how to relax. With this series, master perfumer Jacques Cavallier Belletrud and artist Alex Israel have created an acclaimed sensory journey around Los Angeles, with last year’s California Dream, Sun Song, Cactus Garden and Afternoon Swim; each different, all complementary. On the Beach enriches the series with thyme, pink pepper and yuzu, a citrus fruit from the Setouchi Islands in Japan, anchored in chypre wood.

Timothy Han – On the road

For the mom who loves the spirit and the travel, and who won’t relegate her biker jacket to the closet anytime soon. On the Road is a tribute to Jack Kerouac’s book, the first blow of the car tire is only the beginning of the sensory journey, a heart brings amyris while the scent lengthens into labdanum, lightened by birch and vanilla, tonka bean and oakmoss. Former assistant to John Galliano, Timothy Han, born in Canada, trained at the Ecole Supérieure des Arts et Techniques de la Mode in Paris and at the Architectural Association in London. He has lived in the city ever since.

Joe Jonas brings this thing every time he travels

US travel restrictions by state: only 10 still have statewide travel warrants