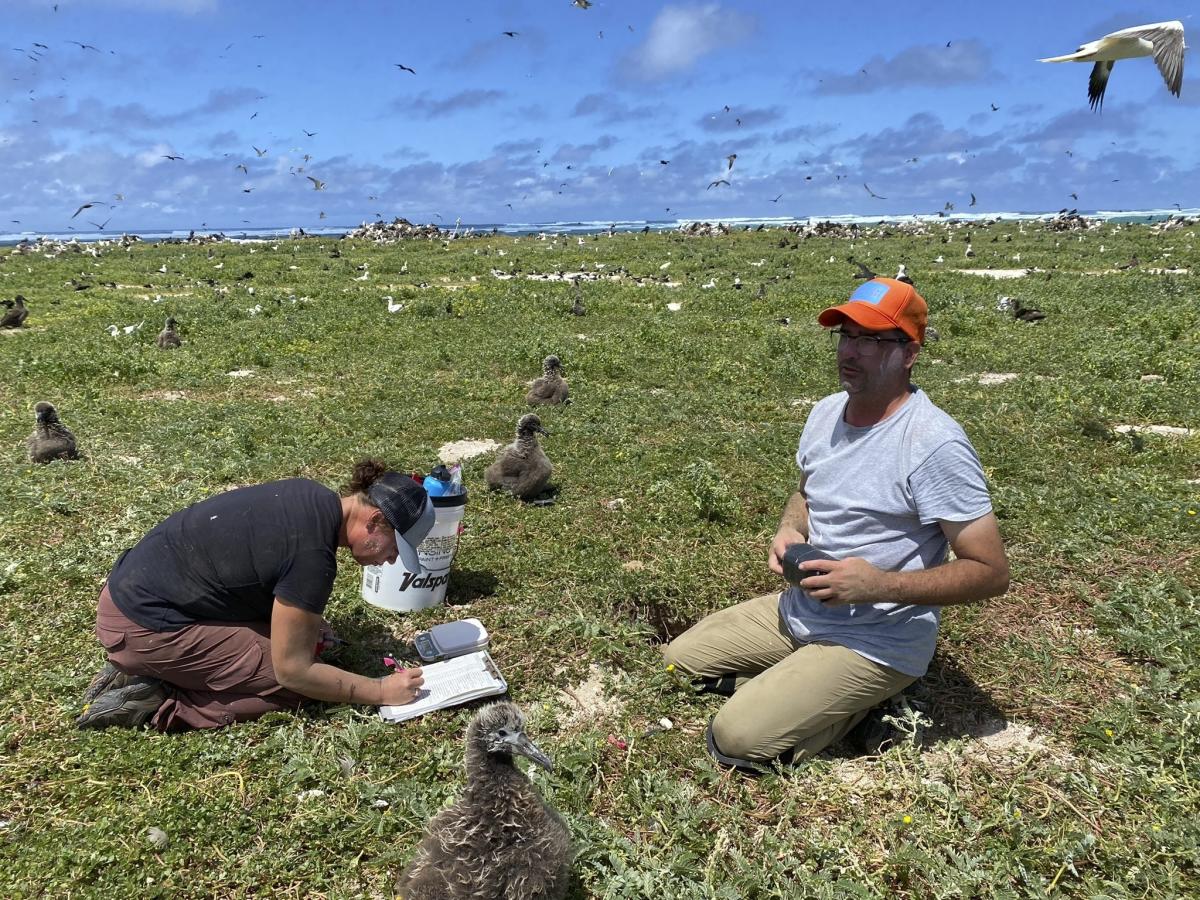 In a desperate attempt to save a species of seabird in Hawaii from rising ocean waters, scientists are moving chicks to a new island hundreds of miles away.

Moving species to save them – once considered taboo – is rapidly gaining ground as climate change is turning habitats upside down. Similar movements are suggested for birds, lizards, butterflies and even flowers.

Concerns remain that the new practice could wreak unintended harm in the same way that invasive plants and animals have wreaked havoc on native species.

But for the Tristram petrels on Tern Island in northeastern Hawaii, which is only 6 feet above sea level, the relocation of about 40 chicks to man-made burrows more than 500 miles away on Oahu could offer new hope. The species is considered vulnerable to extinction and the goal is for the young petrels to return to their new home when they are old enough to breed.

“Tern Island is washing away,” says biologist Eric VanderWerf of the nonprofit Pacific Rim Conservation. “Climate change is increasing the need for this — to move a species beyond its known historical range.”

An upcoming amendment to the US Endangered Species Act by the Biden administration would make it easier to move some of the most endangered species to places where they have not previously been recorded.

In response, state conservationists and scientists have proposed relocating some of some species struggling with climate change, including key deer of South Florida, the Karner blue butterfly of the Midwest and Northeast, desert flowers in Nevada and California, and the soil of St Croix. lizard in the Virgin Islands.

Republicans in Western states — including Montana, New Mexico and Arizona — oppose the proposal, saying it could cause ecological damage if “invasive species” are deliberately introduced.

The proposal, which federal officials expect to finalize in June, reflects a “fundamental shift in the way we think about protecting and conserving species,” said University of Notre Dame biologist Jason McLachlan.

The problem extends beyond endangered species, McLachlan said, raising questions about what should be considered “native” now that changing temperatures are driving some species to higher elevations or to the planet’s poles.

Similar temperature shifts in the past occurred over millennia, but the current one only takes place over decades and dramatically upends ecosystems. “Ultimately, we’re going to have to start thinking about it in a way that will make people — including me — uncomfortable,” he said. “To say this species is okay and this species isn’t, that’s asking a lot of people.”

To save petrels, VanderWerf said, scientists must take action before populations crash. “In 30 years, these birds will certainly be rare, if we don’t do something about it,” he said.

Movement of species outside of historic ranges is still a rarity, but U.S. conservationists have identified numerous endangered plants and animals already being affected by climate change: glacial stoneflies in Montana, emperor penguins in Antarctica, the Mt. Rainier ptarmigan, the salt sparrow of the Atlantic coast and numerous birds of Hawaii.

Karen Armstrong, spokesperson for the US Fish and Wildlife Service, said there are currently no proposals to establish new populations of those specific species. “In the future, the range of some species may shift due to climate change, or their current habitats may become unsuitable due to invasive species,” Armstrong said in an email. “We view the establishment of experimental populations beyond their historical range as a potential tool for their management and conservation.”

A plan now being considered by U.S. conservationists involves birds native to Guam, where kingfishers were decimated by brown tree snakes accidentally brought to the island on military cargo ships in the 1950s.

The last 29 wild Guam kingfishers were caught in the 1980s and have been bred in captivity to buy time. Under an ongoing proposal, nine kingfishers would be released back into the wild starting this year on Palmyra Island, more than 5,800 kilometers away.

If a move is successful, the kingfishers would become one of the few species ever upgraded from “extinct in the wild” to “critically endangered.”

The hope is that the Guam kingfisher, also known locally as sihek, will eventually be returned to their homeland, if the boomslang is controlled, said Erica Royer, a bird expert at the Smithsonian Conservation Biology Institute in Washington, D.C.

“This kind of intensive management is necessary to have a reasonable chance of retaining certain species,” says Don Lyons of the National Audubon Society’s Seabird Institute.

But the potential danger – and the scientific debate – lies in what humans cannot predict. Humanity has moved species for centuries, often unintentionally and sometimes with great damage.

Examples abound: Asian carp have spread across the US via rivers and streams. Starlings from Europe destroy crops and drive away songbirds. Zebra mussels from Eurasia are decimating native populations. And kudzu vines from Japan, planted to stabilize the soil, have spread to dozens of states where they choke out other plants.

Scientist Mark Schwartz of the University of California, Davis said he was initially skeptical about moving species for conservation when biologists started discussing the idea about a decade ago. With the rapid rate of extinction in recent times, he thinks sitting still could be a costly mistake.

“Many, many species” need to be relocated or could become extinct, said James Watson, a conservation scientist at the University of Queensland in Australia, where increasingly intense climate-induced bushfires have forced talks about relocation. Unprecedented fires three years ago likely destroyed the last habitats of some endangered species, he said.

“We’ve already played Russian roulette with the climate, we’re already on that ski slope — we might as well take a little more risk.”

The The Bharat Express News Health and Science division is supported by the Science and Educational Media Group of the Howard Hughes Medical Institute. The TBEN is solely responsible for all content.