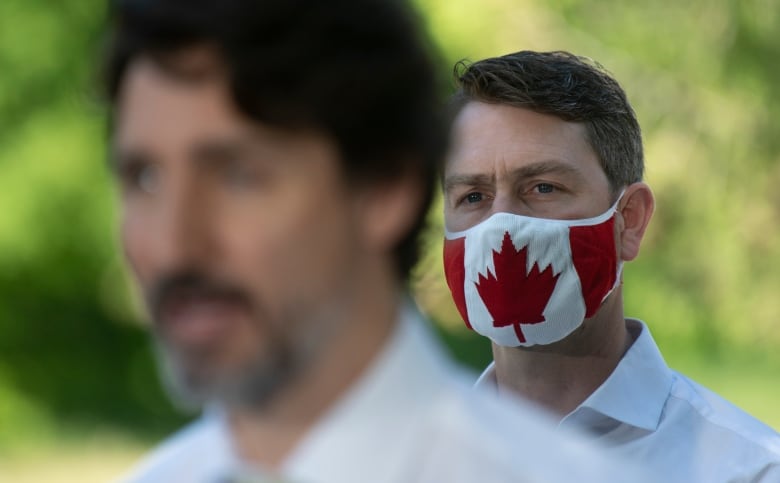 A Liberal MP who inadvertently flashed his fellow parliamentarians says the fact that a screenshot of him naked was leaked to the media sends a disturbing message about the corrosive state of politics in Canada.

“It sends a terrible signal,” William Amos said in an interview.

“He says if there is a partisan gain to be made then anything goes and it is not acceptable,” he said, adding that it also sends a terrible message to young people.

“What does this tell our children and what does it tell society about the nature of appropriate behavior in a digital society?”

The member for the Quebec riding of Pontiac said he had just returned from a jog on Wednesday and was changing his clothes in his office.

He was unaware that his laptop’s camera was on and his image was being transmitted to his fellow MPs connected to an internal parliamentary stream of virtual debates in the House of Commons.

Not visible on the public feed

No one watching the public feed saw Amos because he wasn’t speaking to the Commons at the time.

He had just sat down at his desk to watch the rest of Question Period when he began to receive texts from colleagues advising him to turn off his camera.

Amos, Parliamentary Secretary to Industry Minister François-Philippe Champagne, said at the outset that he hoped the embarrassing misstep would go unnoticed when no one raised it during question period.

When Bloc Québécois MP Claude DeBellefeuille, the party whip, raised the issue as a point of order after question period was over, he still hoped it wouldn’t turn into a report because it didn’t. identified the Member in question.

Those hopes were dashed soon after, however, as a screenshot of him standing naked near his desk leaked and began circulating on social media.

The conversation with my wife, which I had sort of delayed, had to take place right away.– Liberal MP William Amos

His first thoughts were about the impact on his family.

“The conversation [about the incident] with my wife, which I had sort of delayed, had to happen right away, “Amos said.” And then you start to think about your parents and your in-laws and your loved ones … Your mind races. “

Story spread around the world

The story and the mortifying screenshot has since made headlines around the world, from Malaysia to England. Amos has been the butt of jokes from American animators Jimmy Fallon and Jimmy Kimmel. And his Twitter and Facebook threads were inundated with an “avalanche” of reactions from around the world.

“I have relatives in England who found it out through The Guardian,” he said.

“It’s corrosive, it’s destructive and it’s all because of the decision of one or more people that it was a good idea [to leak it]Amos said.

Amos pointed out, “I’m definitely not throwing myself into victimhood here … I made a mistake. I’m responsible for not knowing my camera was on … I have to integrate that into the rest. of my life.”

But Amos, an environmental lawyer before he was first elected in 2015, said the problem was bigger than the impact on him personally.

He argued that the screenshot leak violates parliamentary rules, “and without those rules you have a compromised democracy”, in which fewer people will want to run for parliament or have confidence in democratic institutions.

Government House Leader Pablo Rodriguez on Thursday demanded that House of Commons Speaker Anthony Rota investigate who took Amos’ screenshot and who shared it publicly, suggesting that there could be serious implications.

“Taking a photo of someone changing clothes and naked and sharing it without their consent could very well be criminal,” Rodriguez said at the time.

Rota has taken the request under advisement.

Amos said he was determined not to let international humiliation distract him from his job. He attended meetings with two groups of snowmobiles in his riding Wednesday night and participated in an announcement Friday regarding an $ 87 million investment in rural internet services.

But he noted the same could happen to any MP, including someone with mental health issues or who is more vulnerable than them.

“It would not be fair for any parliamentarian to have his legacy, within his constituency, across Canada and around the world, for his legacy to be the naked parliamentarian. It is completely unfair, ”he said.

“Maybe I can take it better than the others. Maybe another parliamentarian could not integrate this tsunami of attention on his private person as well as on me.”

This is why, said Amos, it is so important to investigate and ensure that such a thing does not happen again.

To drop it would be “an invitation to corrosive and democratically destructive behavior”.