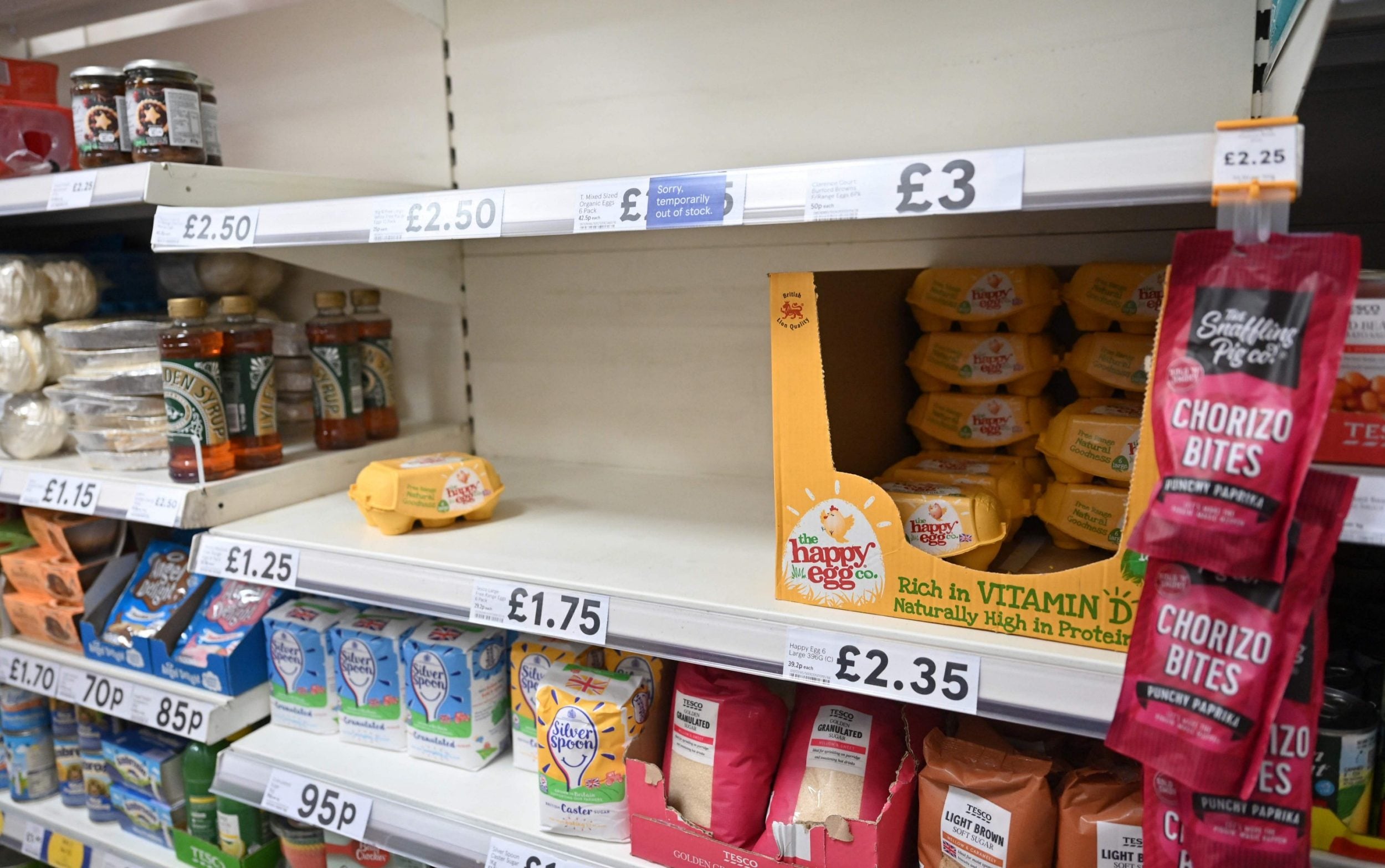 Farmers have warned that the egg shortage could continue into next summer as M&S and Morrisons are the latest supermarkets to ration box sales in their stores.

The supermarket giants have joined Tesco, Asda and Lidl in limiting the number of eggs customers can buy amid a national shortage.

Both M&S and Morrisons have confirmed that their customers are now limited to two boxes each. A spokesman for Morrisons, which sells only British eggs, said the rationing followed an “unprecedented demand” late last week.

They added: “We would like to encourage customers to only buy what they need so that stock levels can return to normal as soon as possible.”

But chicken farmers blame supermarkets, which they say force them to sell eggs at a loss.

Supermarkets have increased the price of a dozen eggs by an average of more than 50 pence since the start of the year, according to the British Free Range Egg Producers Association. But farmers got a price increase of only 18 pence.

Meanwhile, farmers struggle with double-digit feed price inflation and skyrocketing energy costs to store eggs. The National Farmers’ Union has warned that supply chain problems leading to a shortage of eggs on supermarket shelves could persist into next summer.

David Exwood from the NFU said: “The problems we are currently seeing with eggs and supply chain fairness are just the tip of the iceberg for UK producers.

“It is common for farmers to have received 20 percent more energy and feed and many are producing at a loss. Inflation for agriculture will continue well into next year – it’s serious.

“Farmers are very comfortable with uncertainty, but if they don’t have confidence in the future, many will stop producing.”

Farmers currently at a loss on eggs are not reinvesting in new flocks of hens, leading to a shortage for shoppers.

Mr Gooch added: “If a farmer decides to start producing eggs again and orders a pullet tomorrow, it would take months for it to arrive, even without any delay.

“It would take at least five months for that hen to lay an egg, which could reduce the shortage on the shelves.”

Ioan Humphreys, a fourth-generation farmer in Wales, has 32,000 birds, for which feed costs have risen from £250 a ton last year to £400 today. Meanwhile, his electricity bill on the farm has more than tripled.

But as of December, Mr. Humphreys has only received a 5p raise from retailers for every dozen eggs he sells and is running at a loss.

He said, “I have to sell them even if I lose money to get some money.

“Retailers are blaming bird flu for the shortages, but I haven’t culled a bird from my flock this year. There are shortages on the shelves because farmers are not paid fairly by supermarkets.”

An M&S spokesperson said the company had provided “additional support, including for animal nutrition” to help suppliers manage rising costs. Meanwhile, Sainsburys said it had increased the amount it paid to own-brand egg packers, not farmers directly, by 40 per cent over the past year.

An Asda spokesman said the supermarket was “working hard” with its egg suppliers to solve the industry’s challenges.

Tesco and Ocado did not respond to requests for comment.