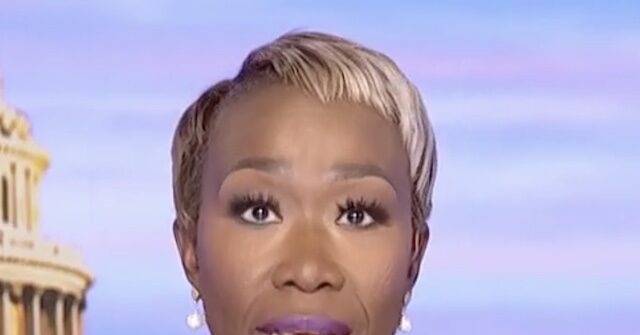 MSNBC host Joy Reid said on her show “The ReidOut” Wednesday that Rep. Marjorie Taylor Greene (R-GA) was something of a Confederate President Jefferson Davis as she discussed her appointments to the Oversight and Accountability Committee and the Homeland Security Committee.

Reid said, “Hassling David Hogg, the survivor of the Parkland shooting, was one of the many things that got her kicked off her committees at the last convention. But that’s water under the bridge now that she’s one of Kevin McCarthy’s biggest backers. It’s what she’s done and said since she’s been in Congress. That makes her appointment the most alarming. Cassidy Hutchison told the Jan. 6 committee that Greene bragged about the number of her QAnon followers who were in Washington on Jan. 6 to support Trump’s efforts to stay in office. And last month, Greene spoke at the New York Young Republicans Conference, where the group’s president declared all-out war on their perceived enemies and challenged the who’s who of white nationalists.

She added, “This is the completion of the uprising. This is like Jefferson Davis, you know, became chairman of the Senate Oversight Committee or put in charge of the United States Senate or House. This, literally, puts the allies at the head of the union. Your opinion on these developments?”

New York Times writer Charles Blow said, “You’re right. And I’m not a fan of Jefferson Davis. Marjorie Taylor Greene is no Jefferson Davis. Marjorie Taylor Greene is a hollow shell of a person who believes, and actually believes, that theater gets her attention and that attention makes her money, and money makes her powerful within her party. So she’s a stunt queen.