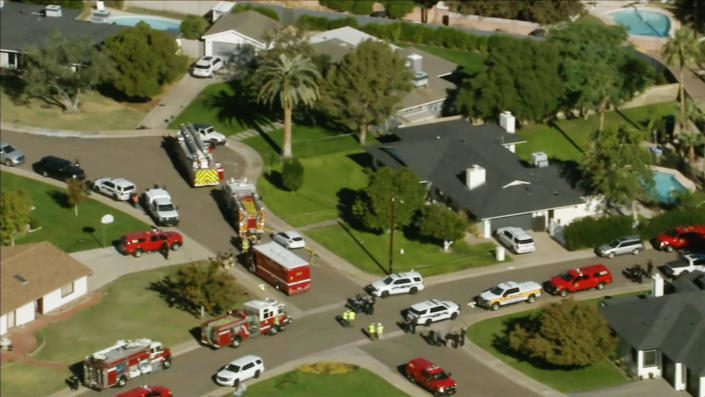 Several people were found dead in a home in Phoenix on Wednesday, according to police.

A spokesperson for the department said officers were called to a residence near West Augusta Avenue and found “victims dead.”

Firefighters have also been called to the home to determine if it is safe for police to enter. Further details were not immediately released.

“As a precaution, Southwest Gas has shut off the gas to the home. There is no immediate danger to the neighborhood,” the police said.

The department told Mesa, Arizona-based NBC affiliate KPNX that it was “an extremely tragic situation.”