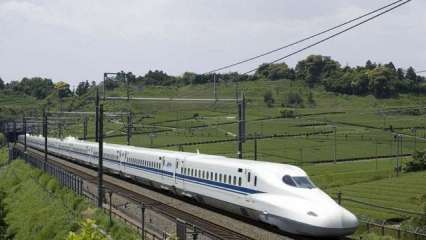 The ambitious Mumbai-Ahmedabad bullet train project, which is supposed to cover the distance between the two cities in just two hours, has encountered more problems in Maharashtra.

The slow pace of land acquisitions, legal and environmental obstacles have driven the project forward at a very slow pace while in Gujarat the project is progressing rapidly.

So far, only 22% of land acquisitions have been completed in Maharashtra, with no contracts awarded on the 508 km long Mumbai-Ahmedabad high-speed rail corridor, the Economic Times reported.

Even the section from Thane to Virar, a 21 km tunnel, part of which is underwater, where no land acquisition is required, is blocked due to legal obstacles related to cutting mangrove forests for the to build.

The project was sanctioned by the government five years ago. The cornerstone was then laid by Prime Minister Narendra Modi with his then Japanese counterpart Prime Minister Shinzo Abe in 2017.

The project was supposed to be completed by 2023, but that sounds like a pipe dream with the current pace of progress.

The delay in the project was largely attributed to the Maha-Vikas Aghadi coalition government because of its non-engagement stance on the matter.

The government of the Shiv Sena, Congress and the National Congress Party, which came to power in 2019 in Maharashtra, had made it clear that the project was not its priority.

Maharashtra Chief Minister Uddhav Thackeray, in an interview with “Saamana”, had previously expressed his opposition to the project.

“Who will benefit from the high-speed train?” How will Maharashtra’s commerce and industry benefit? If it’s useful, convince me, then let’s walk past the people and decide what to do, ”the chief minister said.

“The bullet train may be Prime Minister Narendra Modi’s dream project, but when you wake up it’s not a dream, you have to face reality,” he said. early.

“ Do us no good ”: inner story of a meeting between farmers and union ministers

TBEN special: Mount Everest should have been named after Radhanath Sikdar and not a Briton

The Bharat Express News - December 2, 2020 0
Left-arm quick thrower T Natarjan, who had an impressive 2020 Indian Premier League season in the United Arab Emirates for Sunrisers Hyderabad, made his...