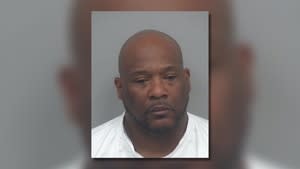 Police are investigating a deadly shooting that took place in a Gwinnett County neighborhood.

At around 8:30pm on Sunday, officers on Burns Road in Lilburn responded to a report of a person being shot.

Officers found Celeste Lawson, 29, of Bowdon, in the front yard of a home, suffering a gunshot wound. She was pronounced dead on the spot.

Andre Marvell King, 49, of Lilburn was arrested in connection with Lawson’s death.

He is charged with aggravated assault and manslaughter.

Officials have not given a motive for the incident and have not revealed the connection between the victim and the suspect.

This is the second fatal shooting in Gwinnett County reported this weekend. Police said they responded to a house on Britain Drive on Saturday night where they found a dead man. Another man was taken to hospital in critical condition.

Police have not identified a suspect in the shooting.