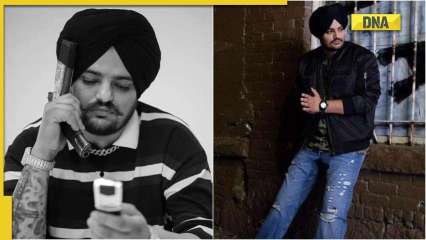 Punjab police said on Sunday that 23 suspects have been arrested so far in connection with the murder of singer-politician Sidhu Moosewala, who was shot dead in broad daylight in the Mansa district on May 29.

“A total of 23 suspects have been arrested so far. 2 suspects were neutralized in a meeting and 35 suspects nominated so far. A Red Corner Notice has been issued against Goldy Brar through Interpol with the help of central agencies,” said Punjab police DGP Gaurav Yadav.

“Kapil Pandit, one of the arrested suspects, said during questioning that he, along with Sachin Bishnoi and Santosh Yadav, had conducted a reconnaissance mission in Mumbai to target Salman Khan on behalf of Lawrence Bishnoi. We will also question them,” he added.

This comes two days after Punjab police arrested the sixth and final gunman allegedly involved in Moosewala’s murder. Deepak Mundi was arrested along with two of his associates in a joint operation with the Delhi Police and central authorities of the West Bengal-Nepal border. All three have been sent to the police for six days.

Shubhdeep Singh Sidhu, popularly known as Sidhu Moosewala, was shot dead on May 29 in Mansa district of Punjab, a day after state police temporarily cut his security coverage.

He was driving with his friend and cousin to the village of Jawahar Ke in Mansa when six gunmen attacked his vehicle and fired bullets into him.

After the murder, Canadian-based mobster Goldy Brar, who is a member of the Lawrence Bishnoi gang, claimed responsibility for the murder.

While the Delhi Police Special Cell had detained Fauji, Kashish and Sersa, the Punjab Police neutralized Roopa and Manpreet during a meeting in Amritsar.

In the 1,850-page indictment filed in a Mansa court last month, the Punjab police had said that Brar had coordinated with mobsters Lawrence Bishnoi, Jaggu Bhagwanpuria and some others to carry out the murder of Moosewala.

According to the indictment, Brar had given the information about Moosewala’s withdrawal from security to the gunmen and asked them to hurry and kill him.

The Canada-based mobster had carried out the assassination plan to avenge the murder of Akali youth leader Vicky Middukhera, who was murdered last year. The name of Shaganpreet Singh, who is said to be Moosewala’s manager, played a role in Middukhera’s murder.

Diwali bonanza for government employees in Delhi: DA up 4 percent