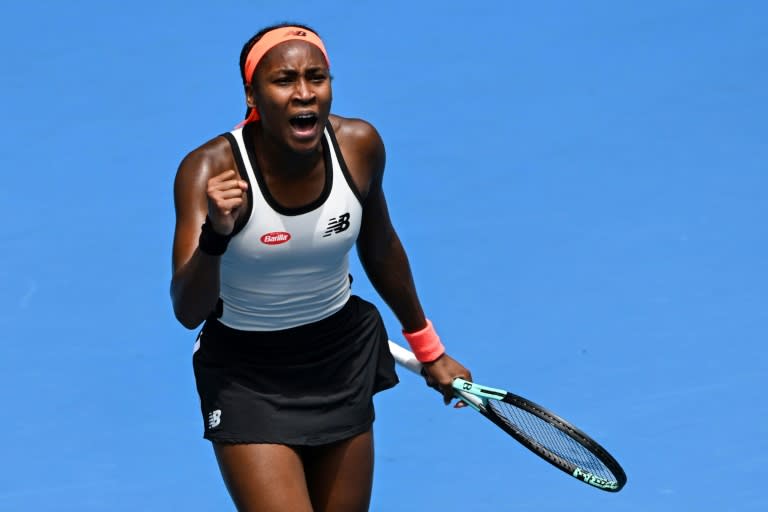 In the women’s draw, top seed Iga Swiatek survived a tough exam, while Jessica Pegula and teen prodigy Coco Gauff were both clear winners on the first day of action.

Spanish great Nadal, 36, has been in poor form by his sky-high standards, losing six of his last seven matches that went back to defeat in the last 16 at the US Open.

In the fast-rising Draper, 21, the 22-time Grand Slam champion faced a rigorous test to begin his campaign in a sweltering Melbourne Park.

The top seed recovered from a wobbly second set – and a freak incident when a batboy accidentally grabbed his racket – to beat the 38th-seeded Brit 7-5, 2-6, 6-4, 6-1 at Rod Laver Arena.

Nadal, who recently became a father, will face American Mackenzie McDonald in the second round.

“Very exciting, new beginnings, just super happy to be back with Rod Laver with a win that I needed,” he said after grinding Draper.

“The past few months have not been easy for me.”

Nadal was on court when Australia’s talented but spirited Kyrgios called a hastily arranged press conference and announced he was out of the tournament with a knee injury.

“Of course I’m devastated,” said the Wimbledon finalist, who was considered an outside bet to win a first Grand Slam title.

“I’ve had some great tournaments here, won the doubles last year and probably played the tennis of my life at this event.

“I’m just exhausted from everything, and (it’s) obviously pretty brutal.”

The first Grand Slam of the year had already lost several stars in the run-up.

Injured world number one Carlos Alcaraz and two-time Melbourne champion Naomi Osaka, who is expecting her first child, are among the other missing players.

Nine-time Australian Open champion Novak Djokovic, who was detained and deported ahead of last year’s tournament after refusing to be vaccinated for Covid, will begin his title run on Tuesday.

Russia’s Daniil Medvedev, losing finalist in 2021 and 2022, fired his attempt to take it one step further with an outright demolition of Marcos Giron.

In the women’s draw, heavy favorite Swiatek was far from her smooth best against Jule Niemeier, but got the job done, 6-4, 7-5.

“Honestly, I wanted to focus on myself because I know Jule served great and was really pushing, which put pressure on me,” said Swiatek, who collected just 49 percent of her first serve.

“So I’m pretty happy I made it through this match because the first round is always tough and I think having an opponent like Jule makes it even tougher.”

The Pole, who is also chasing an Australian Open crown in addition to major titles at the US Open and Roland Garros, will play Camila Osorio from Colombia next.

ALSO READ  Grizzlies and NBA speak out after video of Tire Nichols' beating by Memphis police released: 'It's devastating'

Compatriot Gauff was equally explosive in racing to the second round with a 6-1, 6-4 thump by Czech Katerina Siniakova.

It will be the first ever meeting between Gauff and 20-year-old Raducanu, two rising stars in women’s tennis.

“I think we’re both good young players, we’ll both get through it – really part of the next generation of tennis – it’s going to be a great game.”