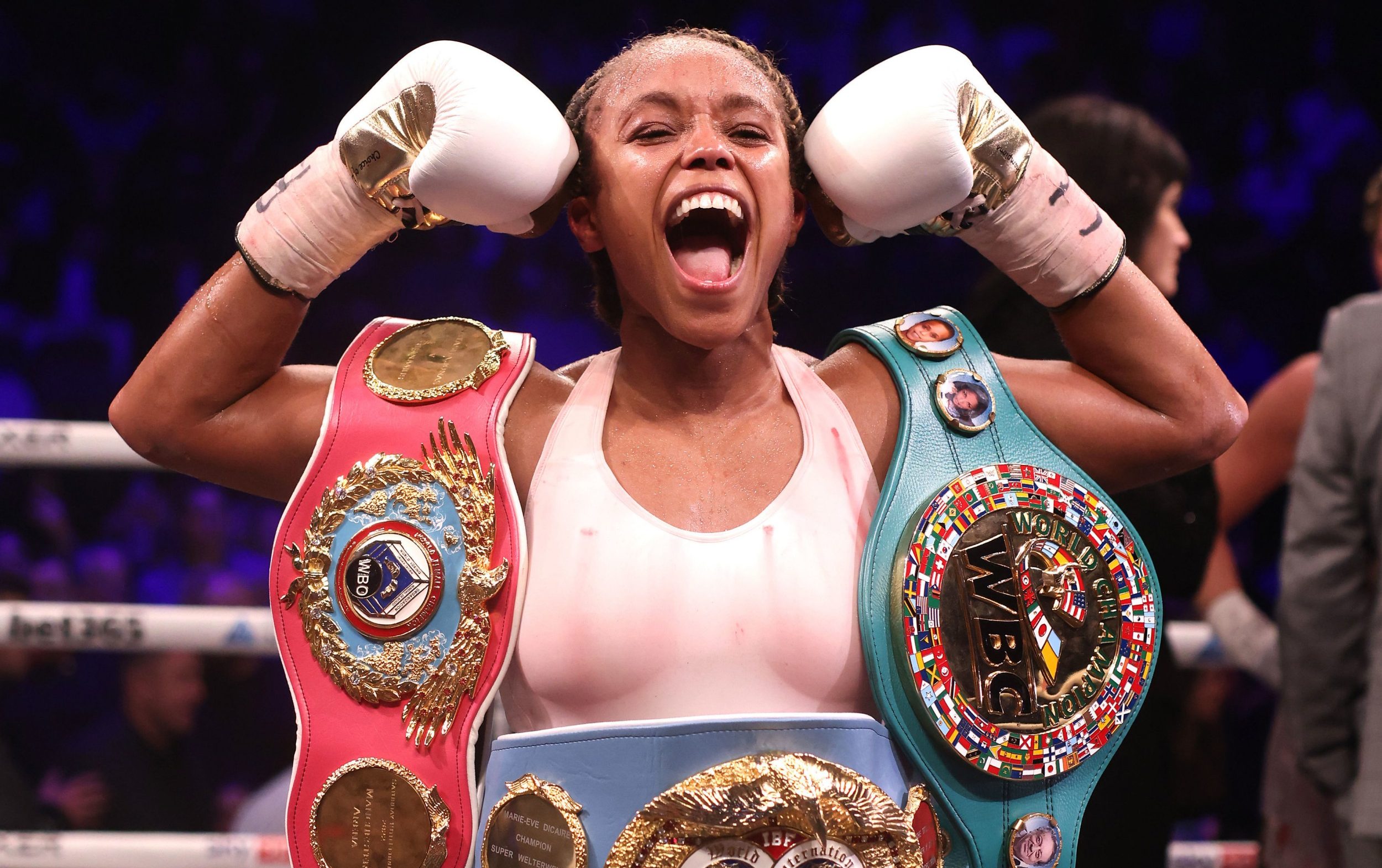 Natasha Jonas has lined up for a superfight with Irish star Katie Taylor at Croke Park in 2023, after capping off a stellar year in Manchester on Saturday night by beating Marie-Eve Dicaire to win the IBF and Ring Magazine titles for add light middle weight. on her WBC and WBO belts.

Jonas won the vacant WBO title in February, added the WBC title in September, and on a historic night in Manchester claimed a unanimous decision against Canada’s Dicaire, 100-90, 98-92 and 97-93 on the scorecards of the United States. jury.

“It was very tough, I knew it was going to be tough,” said the 38-year-old, a GB Olympian in London 2012, where she lost to Taylor. “This has been my best year by far and to think that at one point it was almost over and I almost ran away from boxing. Now, 12 months later, I’m here as a unified three-belt champion with the Ring Magazine belt .”

“I’ve had a difficult year, I’m going on vacation and then we’ll discuss the best options in 2023,” said Jonas. “I need to win to keep all my options open and alive and I did that tonight.”

Those options also include a possible fight with her British compatriot and undisputed light-welterweight Chantelle Cameron, who became the UK’s first undisputed female champion last weekend with her win over Jessica McCaskill. Or she could take on undefeated American Claressa Shields – arguably her toughest opponent – who has hinted she could move down to light middleweight after beating Savannah Marshall to become the undisputed middleweight champion in October.

But a match with Taylor – according to promoter Eddie Hearn en route to a “dream homecoming fight” in Dublin in front of 80,000 fans – would be the biggest stage for Jonas to parade her skills one more time.

“She wants the Katie Taylor rematch. She wants Jessica McCaskill for the whole… [welterweight] belts. She wants Claressa Shields [at super-welter]. She feels like she has completed everything,” her promoter Ben Shalom told Sky Sports.

Jonas first boxed Taylor in an epic Olympic quarter-final in London 2012, and a rematch would be fitting as the first women’s boxing match to headline a stadium.