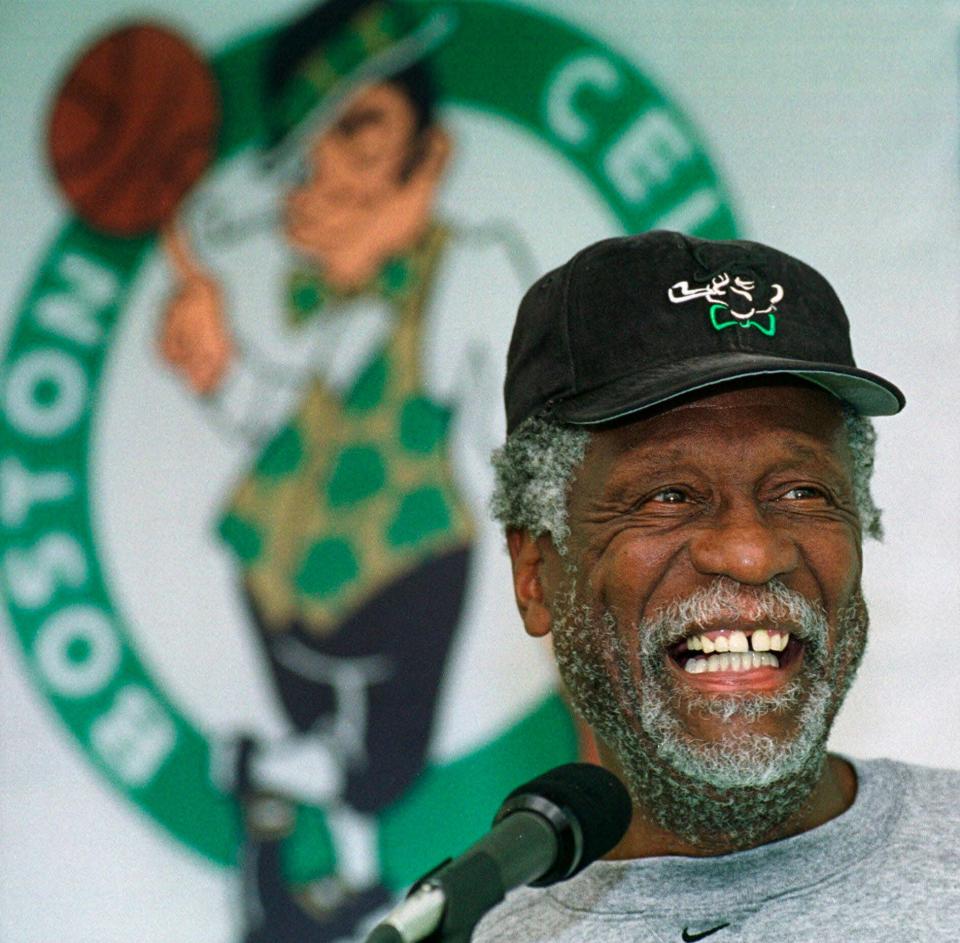 Bill Russell, the ultimate NBA champion, one of the best basketball players, a consummate teammate and a voice for social justice who was the soul of the Boston Celtics dynasty of the 1950s and 1960s, died on Sunday. He was 88.

On the basketball court, William Felton Russell only cared about one thing: winning. And he did everything it took to achieve that, from scoring to rebounding to passing and defending.

Russell won better than anyone. He had 11 championships with the Celtics, including eight consecutive titles. There wasn’t a Finals MVP until 1969. Today, the Finals MVP award is named after him.

“I was playing a team game and the only important statistic was who won the game,” Russell said in 2014 at the unveiling of his statue in Boston City Hall. “So I would always thank my teammates for helping me become champions. There are things I’m proud of. For example, I never led the Celtics in scoring. I heard guys from other teams say, have to lead in scoring So I would see where their team was.

“When you play a team game, the only important statistic is the final score. Some nights I had four points, but if we won the game it wouldn’t matter.”

His death was announced on his Twitter account, saying he “Payed peacefully today at the age of 88, with his wife, Jeannine, by his side.”

“Bill Russell was the greatest champion in all team sports,” NBA Commissioner Adam Silver said in a statement. “The countless accolades he earned for his storied career with the Boston Celtics — including a record 11 championships and five MVP awards — only begin to tell the story of Bill’s immense impact on our league and wider society.

“Bill was the ultimate winner and perfect teammate, and his influence on the NBA will be felt forever.”

Russell’s pursuit of success made the Celtics a dynasty from 1957-69. The team had been close together for five seasons when point guard Bob Cousy led the league in assists and a fast-paced style of play. But it was the addition of Russell that made them champions.

At six feet tall, thin and agile, Russell defended himself and restored his focus with the Celtics. When he blocked a shot or got a defensive rebound, he immediately sent a pass to Cousy to start a break that led to easy buckets. Boston developed and perfected this style because of Russell’s dominance within.

“For me, one of the most beautiful things to see is a group of men coordinating their efforts towards a common goal, alternately subserving and standing up for themselves to achieve true teamwork in action,” Russell wrote when he retired. “I tried that, we all tried that, on the Celtics. I think we succeeded.”

Russell changed the way teams thought about defense. He could leave his man and pick up a riding attacking player, or he could cross the lane to block shots. He was so good that his Celtics teammates became more aggressive on the outside because they knew they had him in the middle.

“When I started playing,[coach Red Auerbach]said he didn’t know what I was doing because he’d never seen anything like it,” Russell told USA TODAY. “I went against everything. I started defending to attacking. Everyone was (the opposite), including him. He saw things I did and, after he understood them, made it part of his system. We learned from each other.”

Russell averaged 15.1 points and 22.5 rebounds per game for his career. He was remembered for winning the most head-to-head fights with fellow great man Wilt Chamberlain in the 1960s. While Chamberlain always put in better numbers, Russell’s team usually had the upper hand. Russell and the Celtics defeated Chamberlain’s Philadelphia Warriors in the playoffs in 1960 and 1962, the San Francisco Warriors in the final in 1964, the Philadelphia 76ers in the playoffs in 1965, 1966 and 1968, and the Los Angeles Lakers in the final in 1969. Chamberlain’s only playoff win against Russell was in 1967 with the 76ers.

When Auerbach retired after the 1966 season, Russell became the first black man to coach and coach an NBA team in one of the major sports leagues. He coached three seasons, had a record of 162-83 and won two championships.

Russell was one of the few athletes to speak out against racism in the 1950s and 1960s. He and his teammates were not playing in an exhibition game in Lexington, Kentucky, in 1961 when she was refused service at a local restaurant. He participated in the March on Washington in August 1963 when Martin Luther King, Jr. gave his famous “I Have a Dream” speech in front of the Lincoln Memorial. He was part of the Black Power movement and, along with other prominent athletes of the time, supported Muhammad Ali’s refusal to be conscripted in 1967.

ALSO READ  Watch: Marcus Stoinis accuses Mohammad Hasnain of throwing after he got out of The Hundred

He always had a frosty relationship with the city of Boston, calling it a “flea market of racism” after vandals broke into his home in the late 1960s, and he refused to show up for a ceremony when his jersey was retired in 1972. was a reconciliation in the early 2000s and the city erected a statue to him in City Hall Plaza in 2013.

Russell is one of four NBA players to have won an NBA Championship, an NCAA Championship, and an Olympic Gold Medal. He won two college championships at the University of San Francisco (1955 and ’56) and the gold medal in Melbourne, Australia, in 1956.

He was named the NBA’s Most Valuable Player five times and an All-Star 12 times.

“There are two kinds of superstars,” said Don Nelson, Russell’s once Celtics teammate. “One makes himself look good at the expense of the other guys on the floor. But there’s another type that makes the players around him look better than they are, and that’s the type that Russell was.”

Dodgers blank Brewers behind another ace-worthy performance from Julio Urías

Watch: Cheteshwar Pujara’s daughter claps and dances for joy after scoring 174 for Sussex