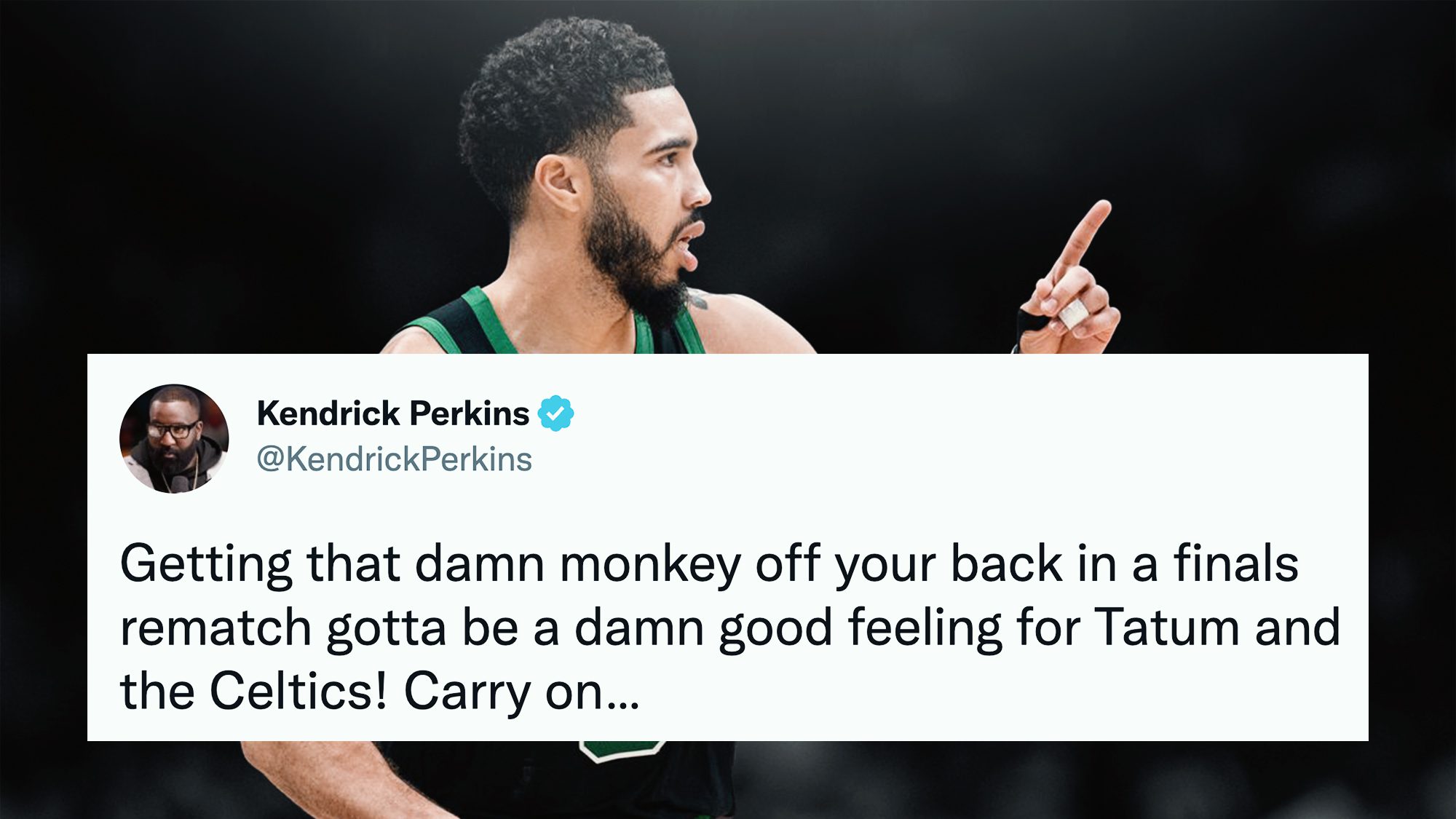 The Celtics triumphed by beating the Warriors 121-118 in a rematch of the rollercoaster final in Boston on Thursday.

Despite a rough 9-27 shooting night and several staggering turnovers, Jayson Tatum was still statistically ahead with 34 points, 19 rebounds (career-high), 6 assists and 3 steals.

Here are the best reactions from around the NBA Twittersphere:

Celtics fans prepare to tweet to Warrior fans after being the punching bag for months. 😅pic.twitter.com/dZhr4vpvUE

Getting that damn monkey off you in a Finals rematch must be a damn good feeling for Tatum and the Celtics! Continue…

Jayson Tatum to the Warriors before throwing up the worst 3-point shot you’ve ever seen:

Steph Curry just yelled “this is my town!” 💀

I know the Celtics are tired of this man. pic.twitter.com/Da3MTElDLW

Why DeMar DeRozan Is More Likely To Lakers Than Zach Lavine, Per NBA Insiders