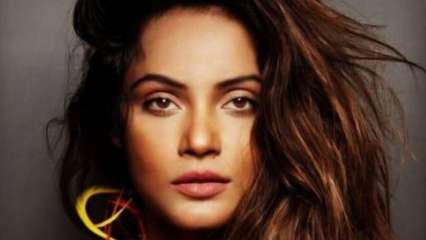 In a shocking revelation, actress Neetu Chandra, best known for her roles in films like “Traffic Signal”, “Oye Lucky!” Lucky Oye! among others, in an interview, said that she had been removed from the hit film “Tanu Weds Manu” and replaced by none other than the main role of the film Kangana Ranaut.

Revealing that she was the first actress to sign said film, Neetu added that after actor R Madhavan recommended Kangana’s name, she was replaced. However, there was no mention of Madhavan doing so knowingly.

During her interaction with Bollywood Hungama, Neetu, while referring to an earlier interview, recalled that Madhavan had said that “there was another actress for Tanu Weds Manu but I recommended the name Kangana”.

“This is how Kangana got into the movie because everyone approved of her but this actress, I was the one who signed Tanu Weds Manu earlier,” Neetu said.

She added, “These are the kind of movies that kept happening. I’ve been pulled from six movies in the past. It’s a journey and that’s how I had to learn things and get here. “

Explaining why didn’t she continue if she signed the film, Neetu said, “How do you continue? Do you think it’s up to me? For some reason the director thinks if the hero recommends someone else, maybe the comfort zone is better. In this industry, I don’t come from a background to push myself like “No I’m going to do it!” I find myself in a position where I I’m helpless. You think I’m not helpless? Yes I am. If you want me out of a project, do you think I can do something? No I can’t. Nobody can. There are a lot of actresses who are being replaced by others but I think I understand that was my destiny. I have no complaints. “

ALSO READ  `` Not to be a God higher than you my guru '': Kangana Ranaut pays homage to Swami Vivekananda on National Youth Day

Conversely, “Tanu Weds Manu”, released in 2011, directed by Anand L Rai, was a huge success. Its popularity paved the way for a sequel that became even more popular than the original.

Meanwhile, actress Neetu Chandra is ready to make her Hollywood look in the upcoming movie ‘Never Back Down: Revolt’.

BTS is expected to release BE (Essential Edition) for ‘Army’ by THIS date, details inside

UK retailer Debenhams closes all stores and around 12,000 jobs lost