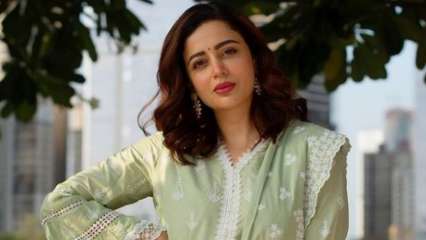 Sharing her excitement about her first day on set, Nehha said, “It was so wonderful to meet everyone. I am very excited and overwhelmed with all the love and affection. cast and crew greeted me so warmly with a wonderful cake, It was such a lovely gesture and a great highlight of my first day of filming. “

ALSO READ  Nehha Pendse will replace Saumya Tandon as Anita bhabi on Bhabiji Ghar By Hain: `` It's a great opportunity ''

“I look forward to the role and bring it a whole new dimension. The audience is in a big surprise, ”she said of the character, who was previously portrayed by Saumya Tandon.

“Finally Anita is here, and now our Jodi is over! For months a lot of my fans and viewers kept asking me when they will be able to see Anita. So now everyone can rejoice with the arrival of Nehha. He’s a fabulous actor and a warm person, and I look forward to a good start to our friendship and to touring together, ”said Aasif, who plays Anita’s husband, Vibhuti Narayan Mishra in the series. .

Rohitashv shared that he was “a humble fan of her work and now filming with her is a dream come true”.

Shubhangi was missing his “girlfriend Anita Bhabi, and now with the arrival of Nehha we are sure to have a great time together”.