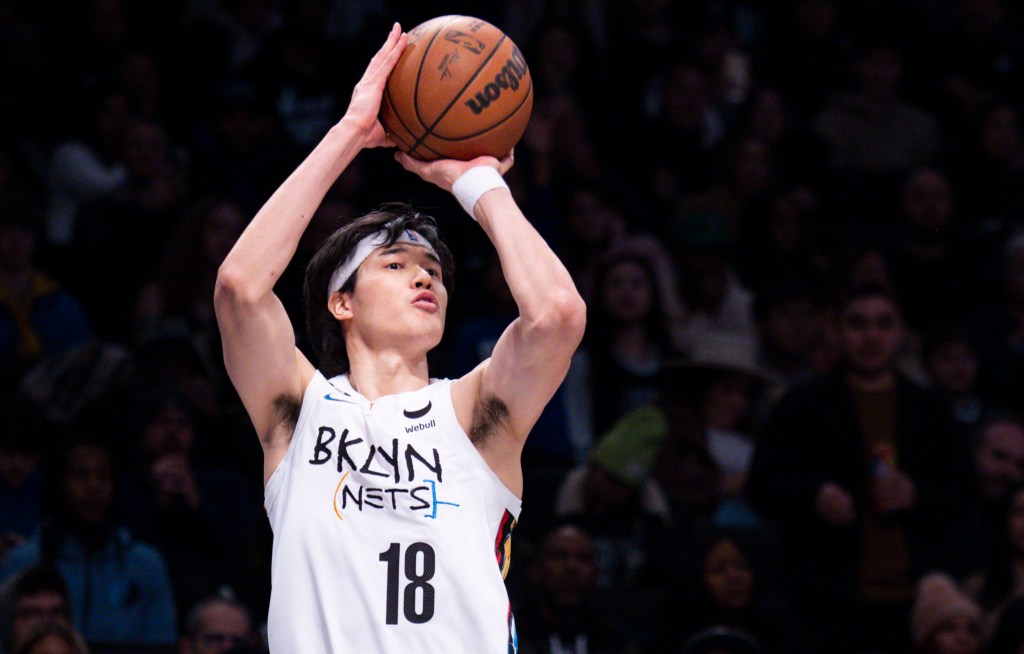 TORONTO — The Nets will be without fast-evolving glue man Yuta Watanabe for at least the remainder of their current road trip.

The fan favorite has a strained right hamstring and will not play against the Trail Blazers at Barclays Center until at least Sunday.

“He got an MRI [exam] in Philly and Yuta has a hamstring injury,” Jacque Vaughn said before the Nets beat the Raptors 112-98 on Wednesday night, adding that he would miss that game and Friday’s game in Indiana. “So we’ll reassess him when we get back home.

“Definitely miss him. I spoke a little [Tuesday] of how I applied a little bit of pressure, because it gives us the opportunity to play big and small. And there was a stretch where we just missed him, so we had to run Royce [O’Neale] a little longer he eventually plays 38, 39, 40 minutes. So it puts a strain on the group in general.

“So we just want him to stay confident and take the opportunities he gets there. He makes the game a lot easier and we have guys who are willing to sacrifice their bodies night after night, we want to reward them, especially when they get the shoot ball.”

“[He gave us] much of what you see he offers there. He is a handy player, plays hard, runs and cuts and shoots, a good addition to an attack as he understands spacing and cutting very well. He’s never shot the ball as well with us as he did with the Nets this year, and he’s never been very healthy with us.”

“He had some really good moments where it seemed like he was trending. … He came out of the preseason last year and played really well and it looks like he’s going to be a big part of the rotation and then goes down with an injury and finally got that corrected around December he started playing well again, then he got COVID. Just running into a roadblock was probably the biggest thing. But a very, very good team player and offers a lot of little things for a team.

In addition to Watanabe, Seth Curry (left ankle) and TJ Warren (left foot) were out for the Nets.

Warren has not played since his signing this summer, but he is getting closer to being released for full training.

Fred VanVleet (non-COVID disease) and Scottie Barnes (knee) were on their way to Toronto.

Ben Simmons, Kyrie Irving, Kevin Durant, O’Neale and Nic Claxton started for the Nets. Claxton told The Post his “non-COVID illness” was just a cold, and he should be free to extend his minutes.