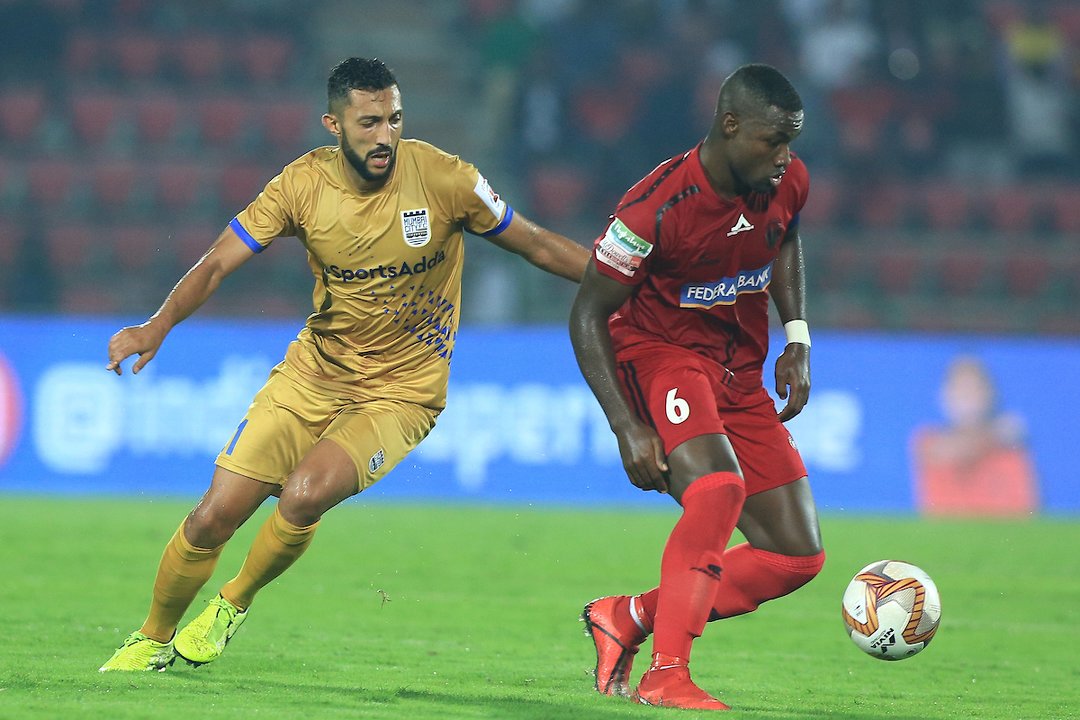 NEUFC vs MCFC Dream11 prediction: NorthEast United FC will face Mumbai City FC in the Indian Super League (ISL) season 2020-21 second match at Tilak Maidan Stadium, Goa on November 21, Saturday. Having finished ninth last season, NorthEast United FC have a new man at the helm, Gerard Nus. The Spaniard managed to put together a new squad with experienced foreign players such as Kwesi Appiah, Idrissa Sylla and Luis Machado in their ranks. Talented Indian players such as Rochharzela and Britto PM are also joining the squad after strong I-League campaigns last season. As for Mumbai City FC, they too have undergone a major overhaul with new coach Sergio Lobera joining them from FC Goa. With Lobera, a host of former FC Goa players such as Mourtada Fall, Ahmed Jahouh, Mandar Rao Dessai and Hugo Boumous have joined the Islanders. Let’s take a look at the NEUFC vs MCFC Dream11 Team prediction now.

Update injuries, unavailability
The hosts don’t have a major injury problem heading into this clash.

Update injuries, unavailability
Like the hosts, the Bombay-based team don’t have a major injury or suspension issue.

Bartholomew Ogbeche: With 15 goals in just 16 games in the previous ISL edition.

Idrissa Sylla: He played well last season in the Jupiler Pro League and hopes to continue with North East this term.

Federico Gallego: The central midfielder is essential in this aspect and has scored 1 goal in 11 matches.

Who will win NEUFC vs MCFC Today Match Prediction Football

NorthEast United FC have a balanced squad with some of the best Indian players on the list. However, the Highlanders lack the deciding factor in which squad can win them a fair number of matches. Mumbai City FC, meanwhile, have arguably the best team in the league and will enter the game as firm favorites. The Highlanders will have to hope that a shorter preseason and lack of match activity will work against Mumbai City FC. We predict a 1-1 draw between NEUFC vs MCFC today’s match prediction.

The Bharat Express News - November 25, 2020 0
He became the youngest winner in Great British Bake Off history after the 2020 final aired on Tuesday night.And 20-year-old Peter Sawkins has revealed...