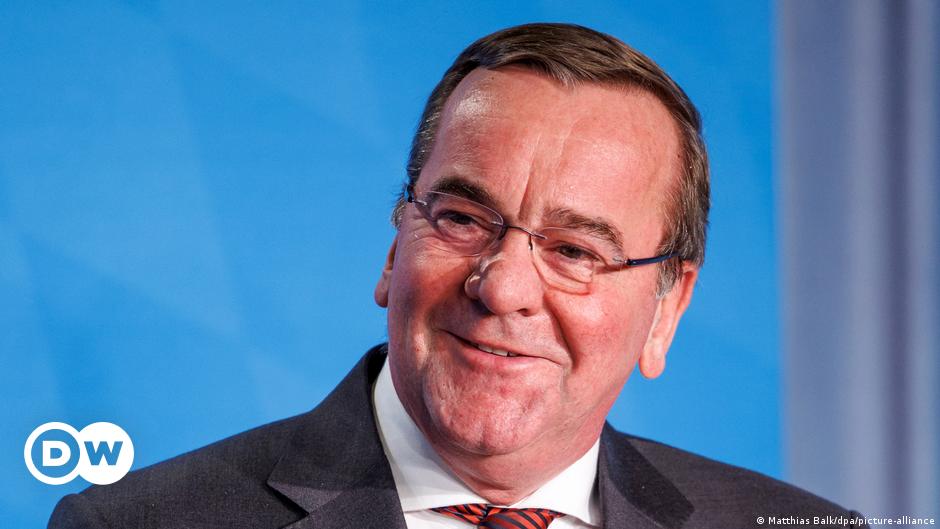 Pistorius succeeds Christine Lambrecht, who announced her resignation on Monday after a series of blunders.

German Federal President Frank-Walter Steinmeier presented a certificate of appointment to Pistorius, who had been Lower Saxony’s interior minister until now, and wished him luck, adding that he was taking over during Germany’s most dangerous period in a long time.

Steinmeier, who plays a mostly ceremonial role in the German political system, also stressed that Germany would continue to provide military support to Ukraine and help “rebuild a battered country”.

“These are not normal times, a war is raging in Europe. Russia is waging a ruthless war of destruction against a sovereign country, against Ukraine,” Pistorius said after the ceremony.

“Our job is to make the Bundeswehr strong now, it’s about deterrence, effectiveness and preparedness,” he added.

Pistorius met with US Secretary of Defense Lloyd Austin later on Thursday.

Pistorius said Germany would work to support Ukraine’s struggle for “freedom and territorial independence” alongside its allies. Austin called Germany a “true friend” of the United States. He thanked Berlin for its assistance to Ukraine and for its logistical support in NATO’s reinforcement of the eastern flank.

On Friday, defense leaders from about 50 countries, including many NATO countries, will meet at Ramstein Air Base to discuss how to supply Kiev with more weapons.

Austin will pressure Pistorius to allow the transfer of German-made Leopard main battle tanks to Ukraine, according to US officials. “The secretary will address the Germans on this,” a senior US defense official told Reuters.

Kiev has called on Germany to provide its modern Leopard 2 main battle tanks to push back Russian forces that invaded Ukraine nearly a year ago. Some European countries, such as Poland and Finland, have already agreed to send Leopard tanks to Ukraine, but need German approval to re-export them.

The tank debate in Germany continues

The tank issue poses a dilemma in relations between the two countries.

A German government source told Reuters that Germany will allow German tanks to be sent to Ukraine to support defenses against Russia if the US agrees to send its own tanks.

However, U.S. officials publicly and privately insist that Washington has no plans for now to send U.S.-made tanks to Ukraine, arguing that it would be too difficult for Kiev to maintain and that it would be a huge logistical effort. just to keep them running.

A US defense official told Reuters it made the most sense to supply Ukraine with German-made Leopard tanks, as a number of countries already had them and were willing to hand them over quickly.