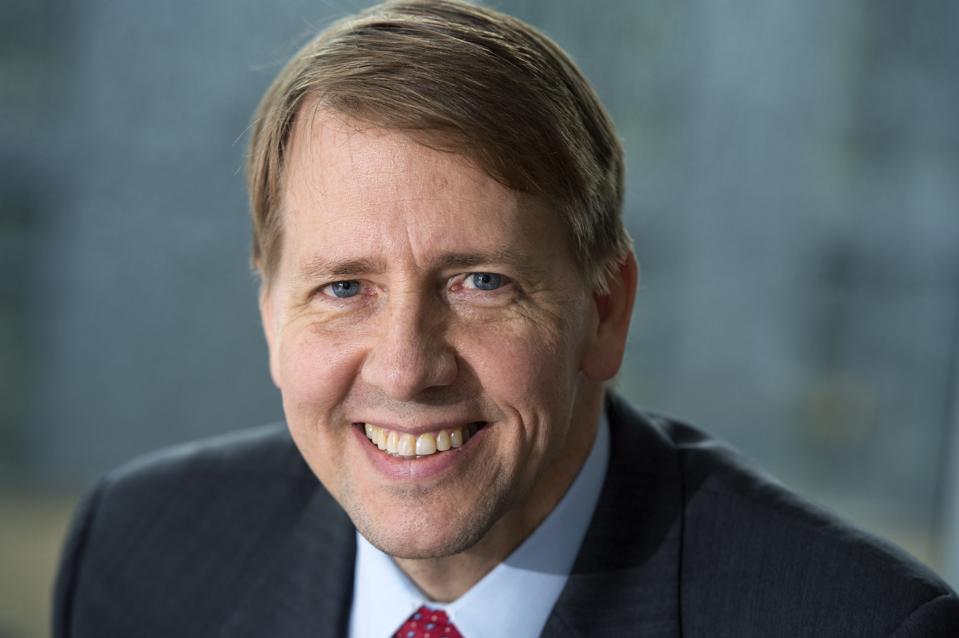 Richard Cordray, the former head of the Consumer Financial Protection Bureau (CFPB), has been appointed to head the Department of Education’s Office of Federal Student Aid. The selection, announced Monday by Education Secretary Miguel Cardona, means Cordray will be primarily responsible for overseeing the federal government’s trillion-dollar student loan portfolio as well as its other financial aid programs. Cordray’s first day will be Tuesday because the position is appointed by the education secretary and does not require confirmation from the Senate. Here’s what that could mean in the fight to cancel student loans.

Cordray’s rise to the forefront of student loan supervision offers a silver lining for large-scale student loan forgiveness. Cordray is an ally of Senator Elizabeth Warren (D-Massachusetts) who has been a leading advocate for large-scale student loan cancellation. At an April meeting of the Senate Banking Committee’s economic policy subcommittee she now chairs, Warren said the country was facing a “student loan time bomb” that would throw millions of families of a financial cliff when it exploded. She argued that President Joe Biden had the power to cancel student loans and asked him to forgive up to $ 50,000 in debt per borrower. This would wipe out the entire lending burden of 36 million borrowers, based on Department of Education data released by Warren.

Warren had lobbied for Cordray’s selection and issued a statement after Cardona’s announcement saying Cordray would “apply his fearlessness and expertise to protect student loan borrowers” and bring “much needed accountability to the federal loan program. students ”.

Biden has yet to act on large-scale student loan forgiveness

Pressure has grown on the Biden administration to act on student loans, but so far the fight to cancel student loans on a large scale has not borne much fruit. Biden has taken a targeted approach, but neither the US bailout passed in March nor the most recent proposals unveiled by Biden include an overhaul of student loan cancellation. Progressives pushed the president to cancel up to $ 50,000 in loans per borrower, a call he resisted. Instead, Biden said he was open to forgiveness of $ 10,000 per borrower, but “he’s said on several occasions that he would prefer Congress to pass student debt cancellation through legislation. , rather than acting unilaterally through a decree. ”

Cordray will take a systematic approach to student loans

Cordray’s appointment could signal a new front in the fight to cancel student loans, but he was quick to tone down expectations by telling Politico it would be premature for anyone to draw any conclusions about what his appointment means on the matter. “There will be a number of important contributions to these” decisions, he said. “My voice will be part of it, but let’s not go too fast on this.”

His comments also indicate a methodical response to the question as opposed to the swift action that some progressives have called for. “There are a lot of conversations to be had. Many legal analyzes have to be digested. A lot of political thinking needs to be done, ”Cordray added. “And I’m not ready to prejudge that by the time I get to this post.”

Cordray will have his plate full. In addition to eventual decisions about canceling student loans, he will face a more imminent challenge in deciding when to restart monthly student loan payments. 40 million Americans have suspended payments and accrued interest since March 2020, when the coronavirus pandemic struck. Biden extended the break until September 30.

If Cordray’s tenure at CFPB is any indication, his “appointment to the education department is also sure to bring further scrutiny to the student loan industry,” Politico noted. This should be reassuring for future borrowers, but many current borrowers will be anxious to see what action, if any, Cordray takes on their student loans.

Pay-to-play admissions are a scandal – they’re SOPs too