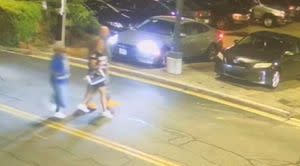 The Newton County Sheriff’s Office and the Georgia State Patrol use a helicopter to search for a woman who disappeared after leaving a bar in Hapeville.

The Sheriff’s Office said in a Facebook post that they planned to fly over the Newton County area for a few hours on Wednesday.

According to Brown’s family, the video shows her leaving the bar. She talked to a man in her car for two hours. The man then gets out, gets into his SUV and follows Brown out of the parking lot.

“She always wants to be someone’s friend, and I’m 100% convinced that making friends is what keeps her missing right now,” said Brown’s sister Mickie Nutall.

Her sons say they were able to reach the man in the SUV after going through their mother’s phone records.

The man allegedly told Brown’s son that he followed Brown to her home in Covington, but lost track of her while traveling.

Hapeville police returned to the bar on Tuesday afternoon to review the surveillance video.

The Newton County Sheriff’s Office confirms with: Channel 2 it is investigating this matter together with the GBI.

Brown drove a black Chevy Impala with Georgia tag CUQ 6437. Anyone with information is asked to contact the Newton County Sheriff’s Office at 678-625-1400.